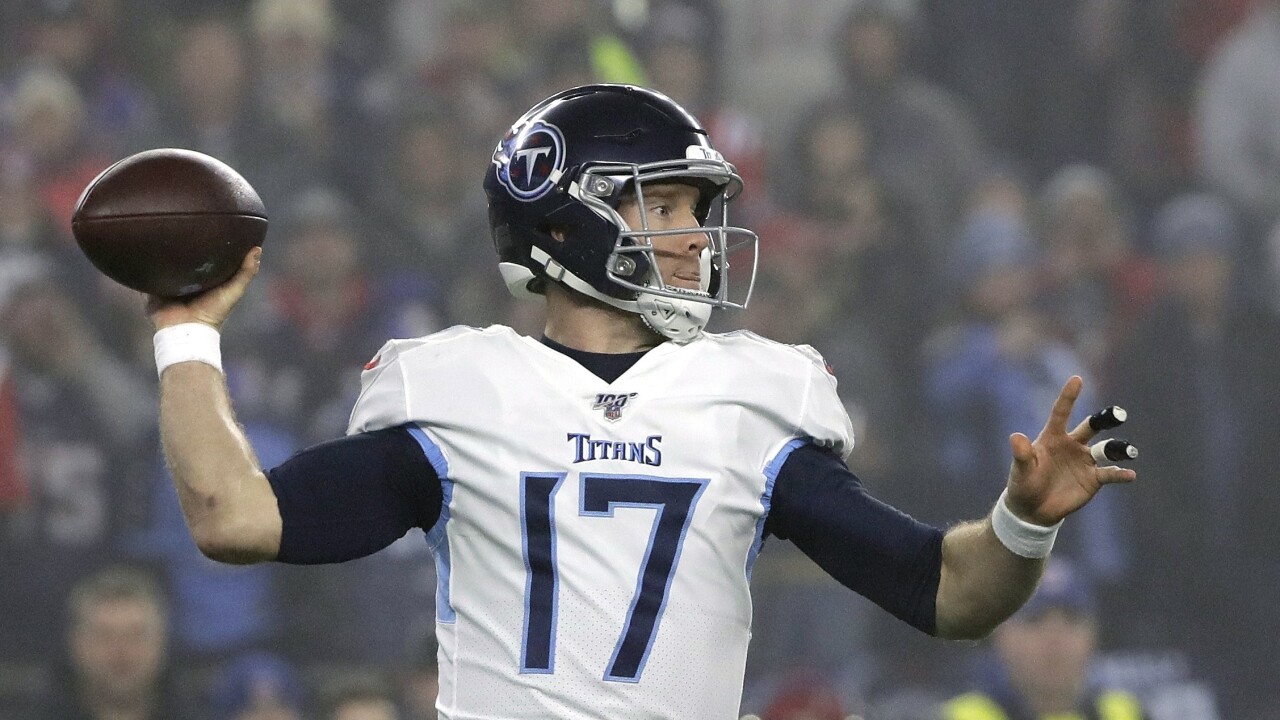 NASHVILLE, Tenn. (AP) — The Tennessee Titans are keeping the quarterback that led them within a victory of the Super Bowl.

They agreed to a four-year extension worth $118 million with Ryan Tannehill.

After being traded by Miami to Tennessee last March, Tannehill went 9-4 overall as a starter, 7-3 over the final 10 games of the regular season. He led the NFL with a career-best 117.5 passer rating and in yards per pass attempt.