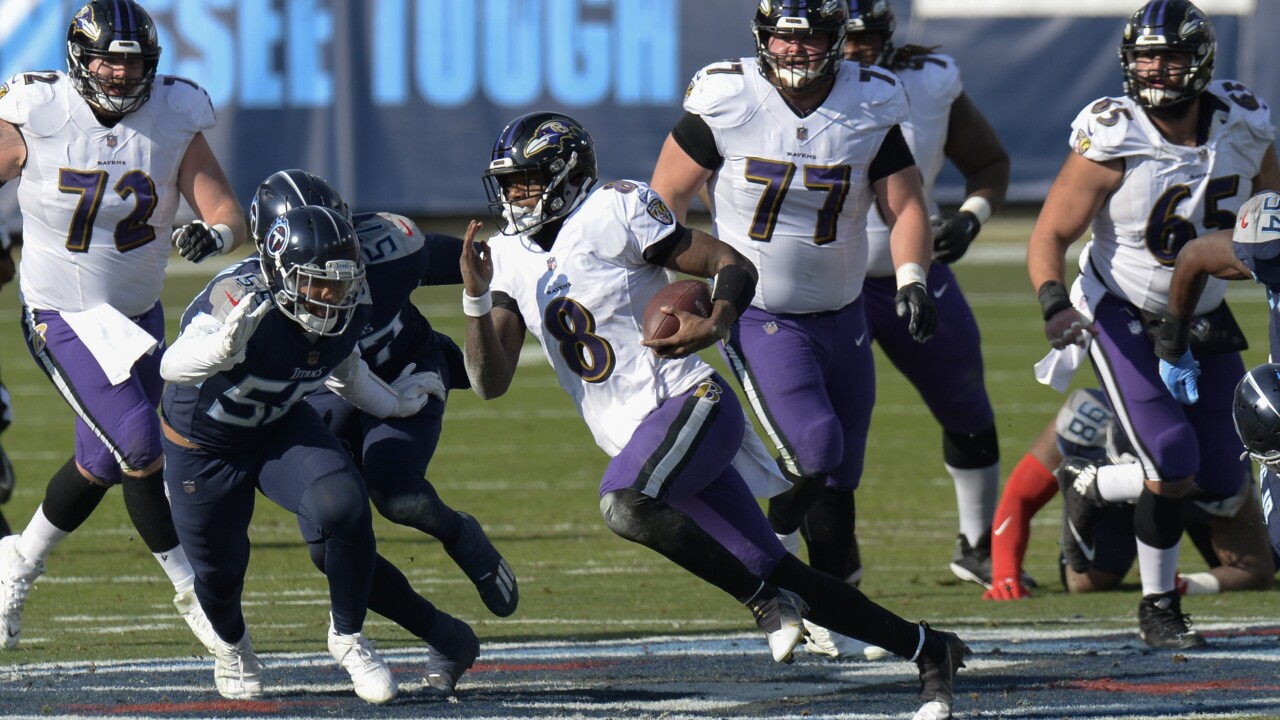 NASHVILLE, Tenn. (WTVF) — Lamar Jackson finally has his first postseason victory and coming away from Baltimore makes it even more impressive.

Jackson ran for 136 yards and a 48-yard touchdown while throwing for 179 more as the Ravens rallied from 10 points down and beat the Tennessee Titans 20-13 in their AFC wild-card game.

Final score: Ravens 20, #Titans 13. Baltimore gets payback for last year as the road team has now won all five postseason games in this series. @NC5

The Titans (11-6) had the ball and a chance to tie when Marcus Peters intercepted a Ryan Tannehill pass intended for Kalif Raymond with 1:50 left.

The Ravens now play either top-seeded Kansas City or Buffalo in the divisional round set up by how Baltimore stopped All Pro Derrick Henry.

Vrabel: "My disappointment is obviously for the players, who battle and compete on the field. You don't like to see the people that you care about frustrated and disappointed and certainly, we all are." #Titans