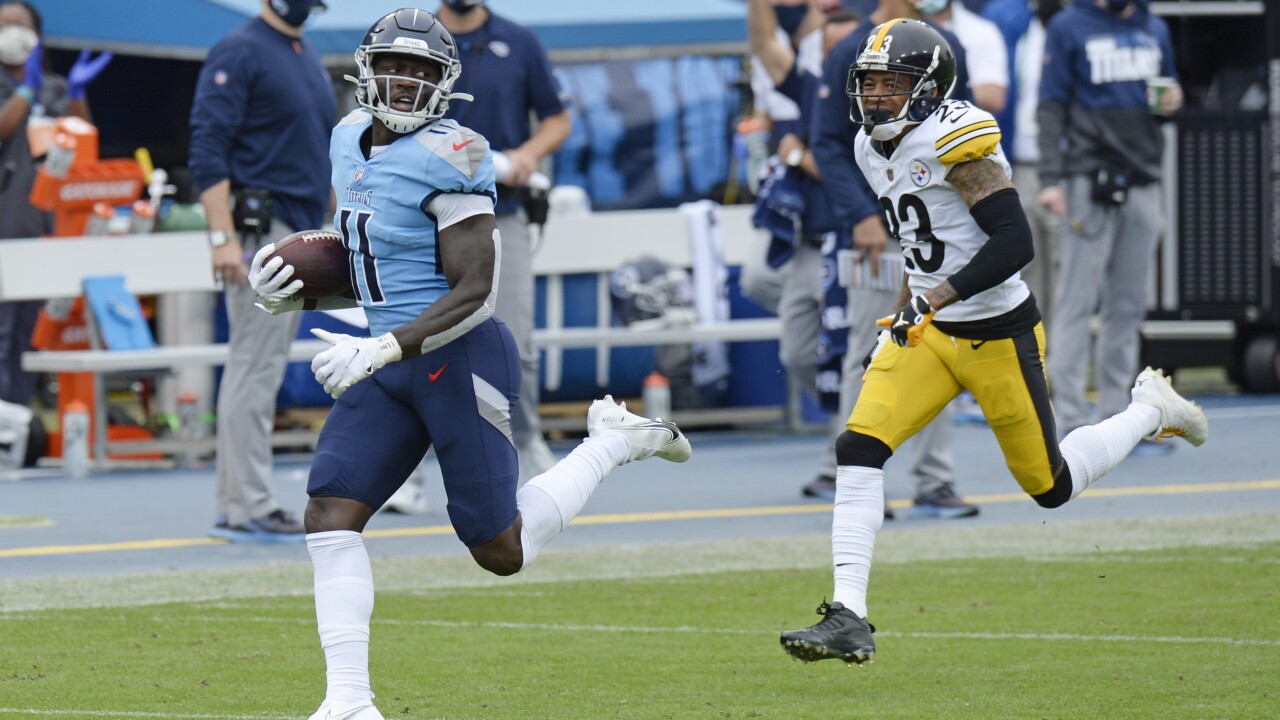 NASHVILLE, Tenn. (AP) — The highly anticipated showdown between the AFC's last undefeated teams turned into a Pittsburgh beatdown early and a near Tennessee comeback late.

Ben Roethlisberger threw two touchdown passes to Diontae Johnson, and the Steelers remained perfect by holding off Tennessee 27-24 Sunday in a game originally scheduled for Oct. 4 and rescheduled by the Titans with the NFL's first COVID-19 outbreak during the season.

Stephen Gostkowski, who made a 51-yarder earlier in Tennessee's comeback try, missed a 45-yarder wide right with 14 seconds left that sent the Steelers running around in celebration.

Vrabel: "You certainly can't fall behind (like that) I appreciate the way we fought back, (but) I expected that, we gott play better and I have to coach better." #Titans

Earlier today it was announced the team is expected to face a minimum $300,000 fine for breaking NFL COIVD-19 protocol. At the beginning of October a group of players gathered for an off-site practice, when they were supposed to be quarantining due to multiple positive coronavirus tests.