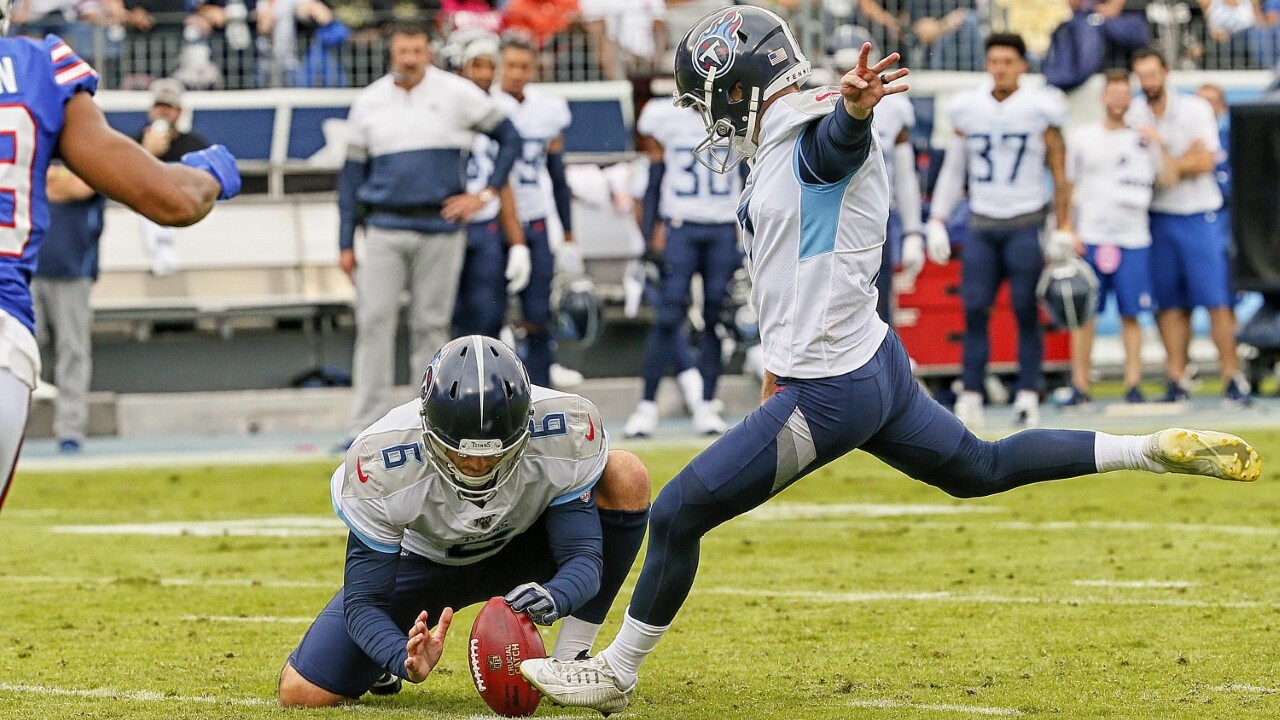 NASHVILLE, Tenn. (WTVF) — Josh Allen threw for 219 yards and two touchdowns as the Buffalo Bills beat the Tennessee Titans 14-7 Sunday in a defensive showdown for their third straight win in this series.

The Bills (4-1) now have won three consecutive games away from Buffalo for the first time since 2004, though so many Buffalo fans traveled here it felt much more like a home game. It's also the first time they've started a season perfect through three road games since 1993.

This game featured two of the NFL's stingiest defenses, with the Titans fourth giving up 15.5 points, and the Bills fifth, allowing 15.8 points a game. Jordan Phillips had a career-high three sacks -- by halftime -- as Buffalo sacked Marcus Mariota five times even with three-time Pro Bowl left tackle Taylor Lewan back from his four-game suspension for performance enhancers.

The Titans (2-3) sacked Allen four times only to lose their third in four games on a day their replacement kicker missed three field goals and had a fourth blocked.

Darryl Johnson blocked Cairo Santos' 33-yard field goal attempt in the fourth quarter, a kick that would've given the Titans the lead 10-7. Signed to fill in while Ryan Succop heals on injured reserve, Santos also pulled a 50-yard field goal wide left to start the second quarter, and a 36-yarder inside the final minute wide right. He also was wide left on a 53-yarder.

Johnson's block came after Tennessee thought it had scored the go-ahead TD early in the fourth quarter when Mariota threw a pass to A.J. Brown. But officials ruled Mariota was over the line of scrimmage when he released the pass, costing the Titans the TD and a down.

The Bills quarterback looked sharp and was on target early after being cleared only Saturday from the concussion protocol ; he took a helmet-to-helmet hit in a 16-10 loss to New England last week. Allen completed all five passes for 58 yards on the Bills' lone scoring drive of the first half. He capped the 60-yard drive with an 8-yard pass to a wide-open Lee Smith.

Kevin Byard picked off Allen's pass under pressure early in the third quarter for the seventh interception this season for the Bills quarterback. Derrick Henry scored on a 1-yard TD dive to turn the interception into a tie game.

Bills center Mitch Morse was taken to the locker room from the sideline by cart late in the first half. Jon Feliciano replaced him for the third quarter. LB Matt Milano hurt a hamstring, and rookie right tackle Cody Ford and DE Trent Murphy both were evaluated for head injuries.

Titans cornerback Chris Milton hurt his calf and did not return.

Titans: fourth road game of the season with a visit to Denver.