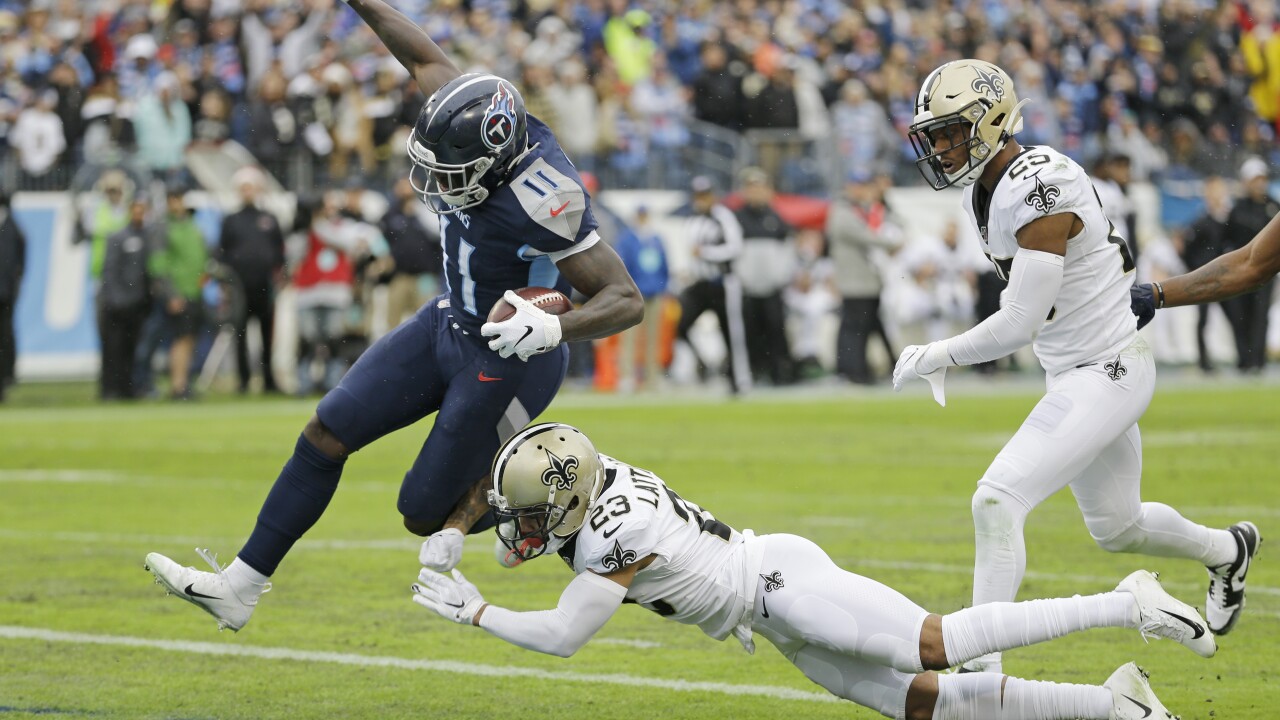 James Kenney/AP
Tennessee Titans wide receiver A.J. Brown (11) gets into the end zone past New Orleans Saints cornerback Marshon Lattimore (23) as Brown scores a touchdown on a 49-yard run in the first half of an NFL football game Sunday, Dec. 22, 2019, in Nashville, Tenn. (AP Photo/James Kenney)

NASHVILLE, Tenn. (AP) — The New Orleans Saints will be playing for one of the NFC's top two seeds and a first-round playoff bye after pulling out a 38-28 victory over the Tennessee Titans.

The Titans still have a chance to earn a playoff berth. With Pittsburgh's loss to the Jets the Titans must win the finale in Houston.