Will travel to New England in Wild Card round 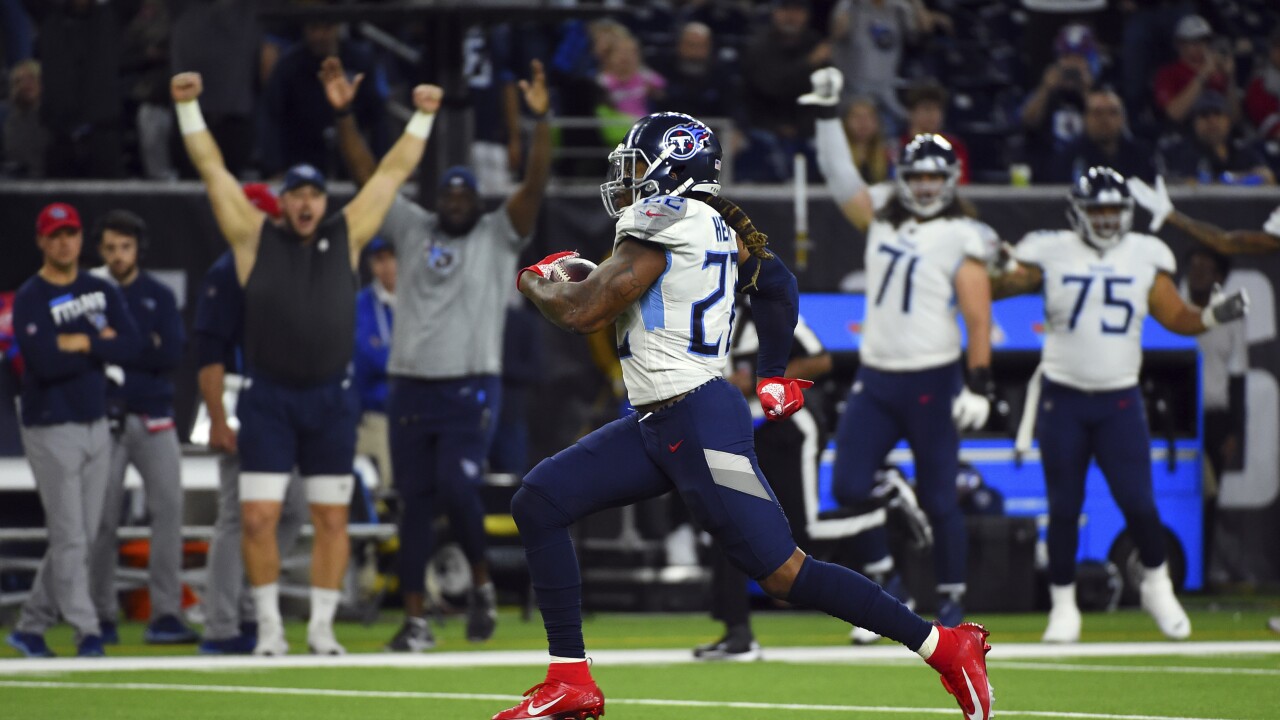 Eric Christian Smith/AP
Tennessee Titans running back Derrick Henry (22) rushes for a 53-yard touchdown against the Houston Texans during the second half of an NFL football game Sunday, Dec. 29, 2019, in Houston. Henry's run put him into first place for the season rushing title. (AP Photo/Eric Christian Smith)

HOUSTON, TX — Derrick Henry and the Tennessee Titans ran their way into the playoffs. Tennessee beat a Houston Texans team that rested several starters and set up an intriguing first-round matchup with New England.

Henry rushed for a season-high 211 yards and three touchdowns in the Titans' 35-14 victory.

The Texans beat the Titans two weeks ago to take control of the AFC South, allowing Houston to sit quarterback Deshaun Watson and other key players with the division title secure.

The Titans will visit New England next weekend in the playoffs, while Houston will host Buffalo.