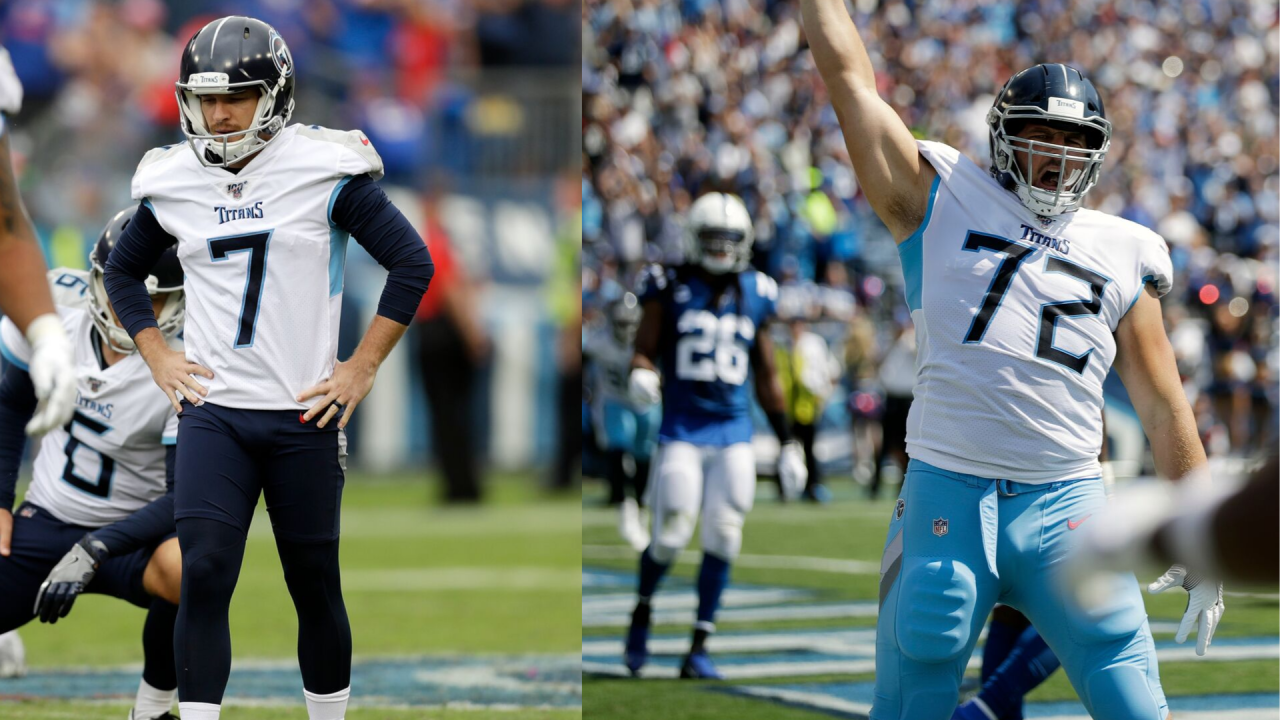 According to the Titans, in five games this season, Santos made 4-of-9 kicks and all 12 of his extra point attempts.

Kicker Ryan Succop, placed on Injured Reserve at the start of the season, isn’t eligible to join the 53-man roster again until after Week 8. According to NFL Network reporter Ian Rapoport, former Bears kicker Cody Parkey is likely to be a stopgap until Succop can return.

The #Titans are flying in former #Bears K Cody Parkey tonight and he’s expected to sign tomorrow, per me and @TomPelissero. A new home for Parkey, who worked out for them in early September.

Quessenberry didn't play during Sunday's game, but did take the field during the Titans' first four games. The offensive tackle caught a touchdown pass in the team’s game against the Colts earlier this season.