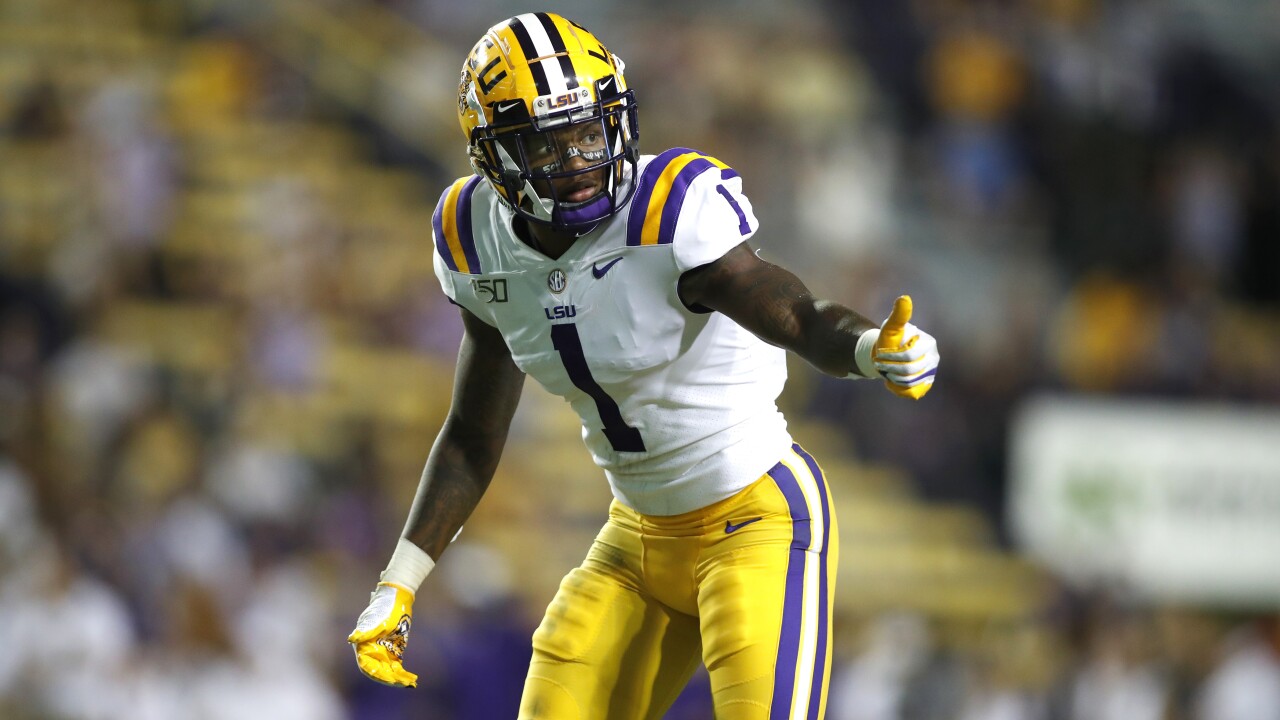 NASHVILLE, Tenn. (WTVF) — The Tennessee Titans have selected cornerback Kristian Fulton of LSU at No. 61 overall in the second round of the NFL draft.

Fulton sat out the 2017 season and served about 18 months of an NCAA suspension for tampering with a drug-test by allegedly substituting someone else’s urine sample for his own.

He started every game as LSU won the national championship, breaking up a team-high 14 passes.

The Titans turned their attention to defense after drafting offensive tackle Isaiah Wilson at No. 29 overall. They pick next at No. 93 overall with four more picks on the final day of the draft.