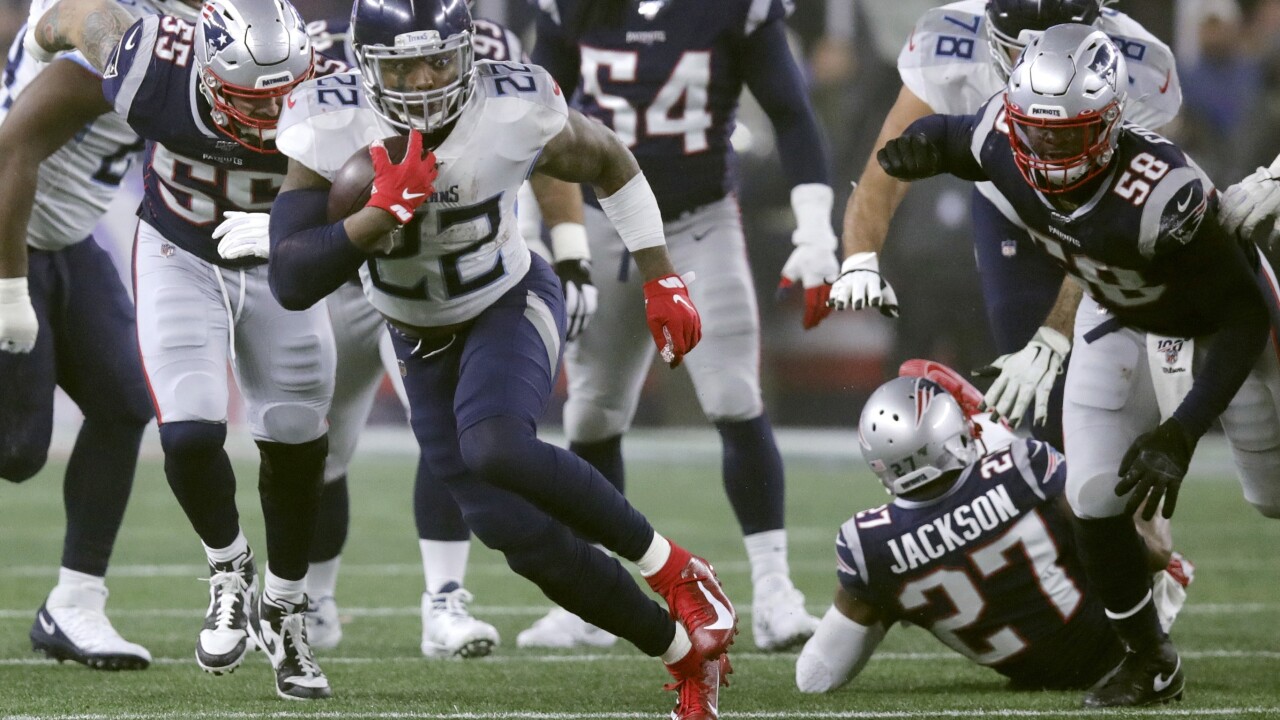 FOXBOROUGH, Mass. — The Titans made Tennessee and all of America proud Saturday night when they went into Foxborough and upset the defending Super Bowl Champion Patriots 20-13.

They did it by doing exactly what turned their season around, trusting Ryan Tannehill and riding Derrick Henry.

Henry finished with 34 carries and a postseason franchise record 182 yards. Meanwhile Ryan Tannehill completed 8/15 passes for 72 yards and a touchdown.

Even though Henry carried the bulk of the load, it was a true team victory. Seven different Titans caught balls, the defense stepped up holding Tom Brady and the Pats to only 13 points, and even Marcus Mariota got involved by throwing one pass for a few yards.

Perhaps the most exciting moment of the entire game came at the very end when with just nine seconds left, former Patriot Logan Ryan picked off Brady and returned it for a game sealing touchdown.

Next up the Titans will take on the #1 seed in the AFC, the Baltimore Ravens. You can catch the game Saturday on NewsChannel5.