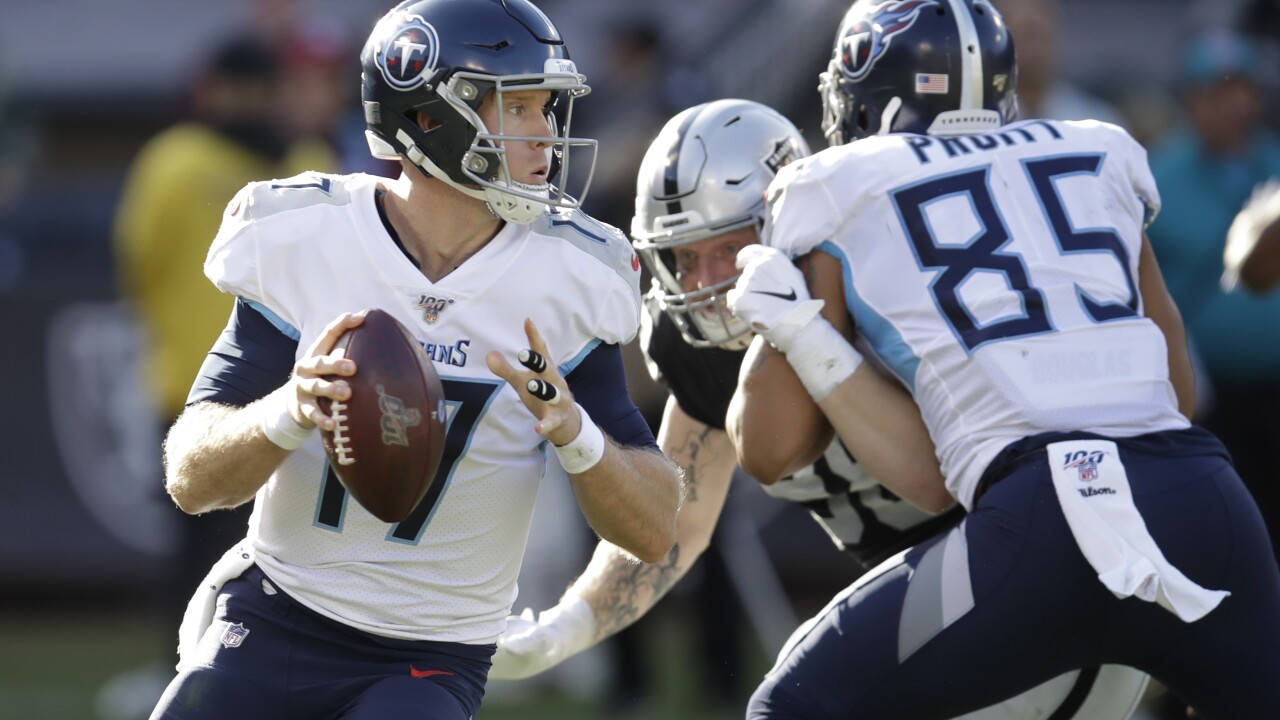 The Titans bounced back from a deflected interception on the opening drive to score TDs on five of their next seven possessions to improve to 6-1 with Tannehill as the starting quarterback.

The win moved them into a tie for first place in the AFC South with Houston. The teams are set to meet twice in the final three weeks.