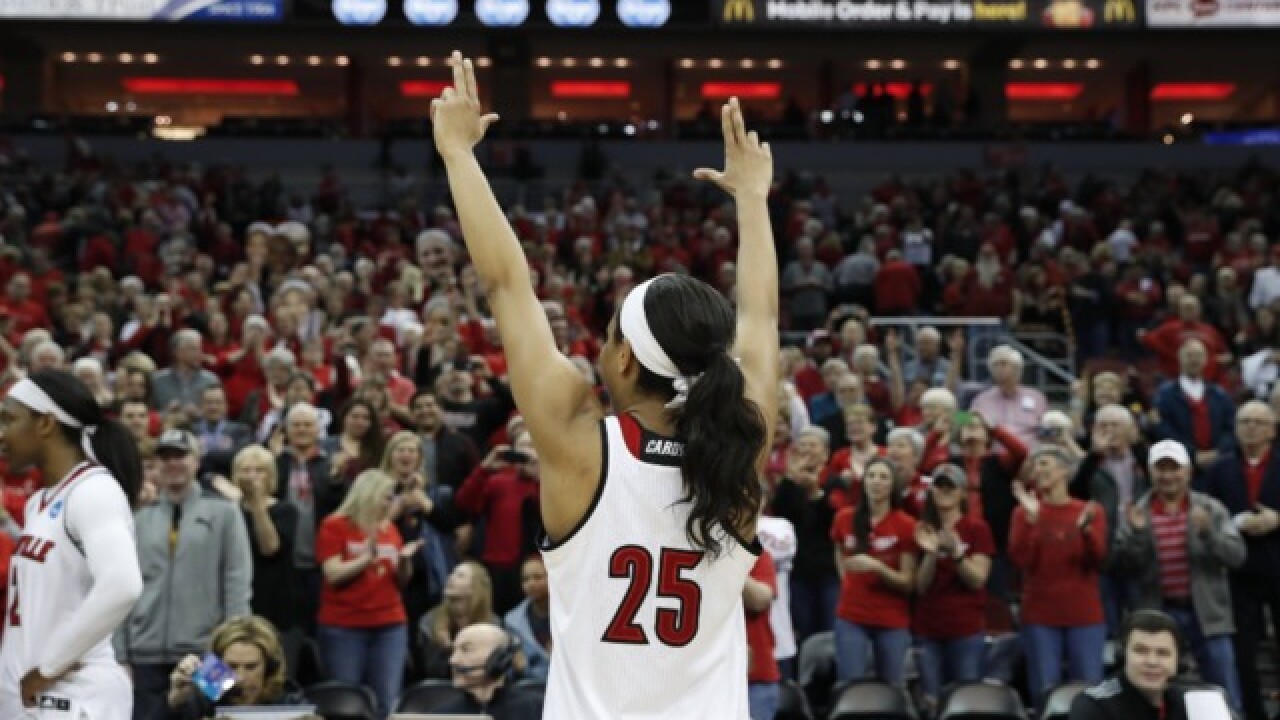 Copyright 2018 Scripps Media, Inc. All rights reserved. This material may not be published, broadcast, rewritten, or redistributed.
&lt;p&gt;Courtesy: Louisville WBB on Twitter&lt;/p&gt;

Myisha Hines-Allen had 24 points and 13 rebounds, Asia Durr scored 19 points and top-seeded Louisville quickly pounced on No. 8 seed Marquette on the way to a 90-72 victory Sunday in the second round of the women's NCAA Tournament.

The Cardinals (34-2) advanced to their second consecutive Sweet 16 and will play 80 miles east in next weekend's regional in Lexington, Kentucky.

Hines-Allen and Durr made sure of that right away by combining for 26 points on 12-of-14 shooting in the first half after the duo totaled just 13 points in a first-round rout of Boise State. Hines-Allen earned her 16th double-double this season.

Their offensive recovery keyed Louisville's 70 percent shooting effort in the first half and 64 percent for the game. Sam Fuehring had 19 points and eight rebounds and Jazmine Jones 14 points as the Cardinals won their ninth in a row.

Defense again was a big factor for Louisville, which dominated the rebounding margin 42-26 and disrupted Marquette's rhythm to set up chances on the other end.

Allazia Blockton had a career-high 34 points and Erika Davenport 11 for Marquette (24-10), which shot 41 percent.

Marquette: The Golden Eagles picked up the pace in the second half, but rarely got closer than 17 points, symbolizing their game-long struggle to keep up. They rarely got good looks against the Cardinals' pressure and couldn't overcome size disadvantages in the post. One game after scoring a program-record 32 points with eight 3-pointers against Dayton, guard Natisha Hiedeman managed just nine points with one 3.

Louisville: The Cardinals weren't concerned by their top scorers' recent struggles and believed that Durr and Hines-Allen -- playing her home finale -- would eventually knock down shots. They did, with help from Louisville's athleticism that overwhelmed Marquette.