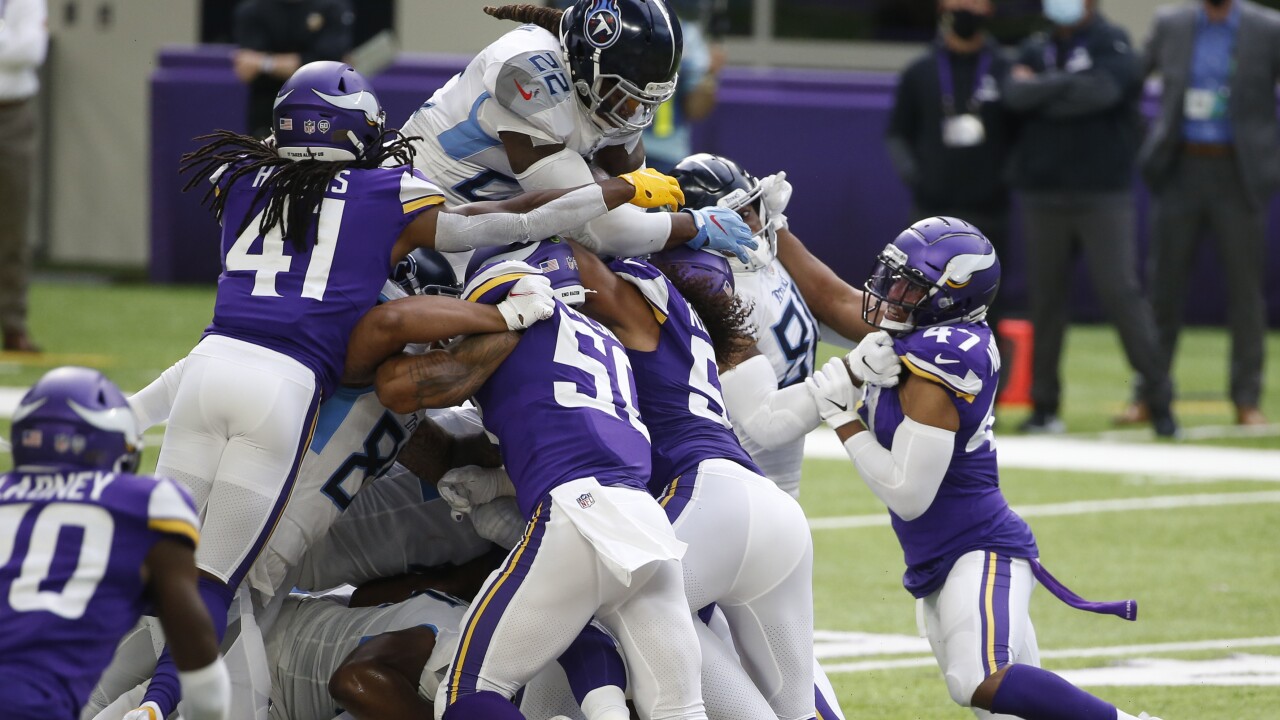 MINNEAPOLIS, Minn. (AP) — Stephen Gostkowski made his career-high sixth field goal of game, a 55-yarder with 1:48 left that lifted the undefeated Titans to a 31-30 victory over the Minnesota Vikings.

Derrick Henry and Ryan Tannehill carried the team on another comeback after trailing most of the game. Henry rushed for 119 yards and two third-quarter touchdowns.

Tannehill passed for 321 yards, guiding the Titans on a go-ahead drive in the fourth quarter or overtime for the sixth time in 16 games since becoming the starter.