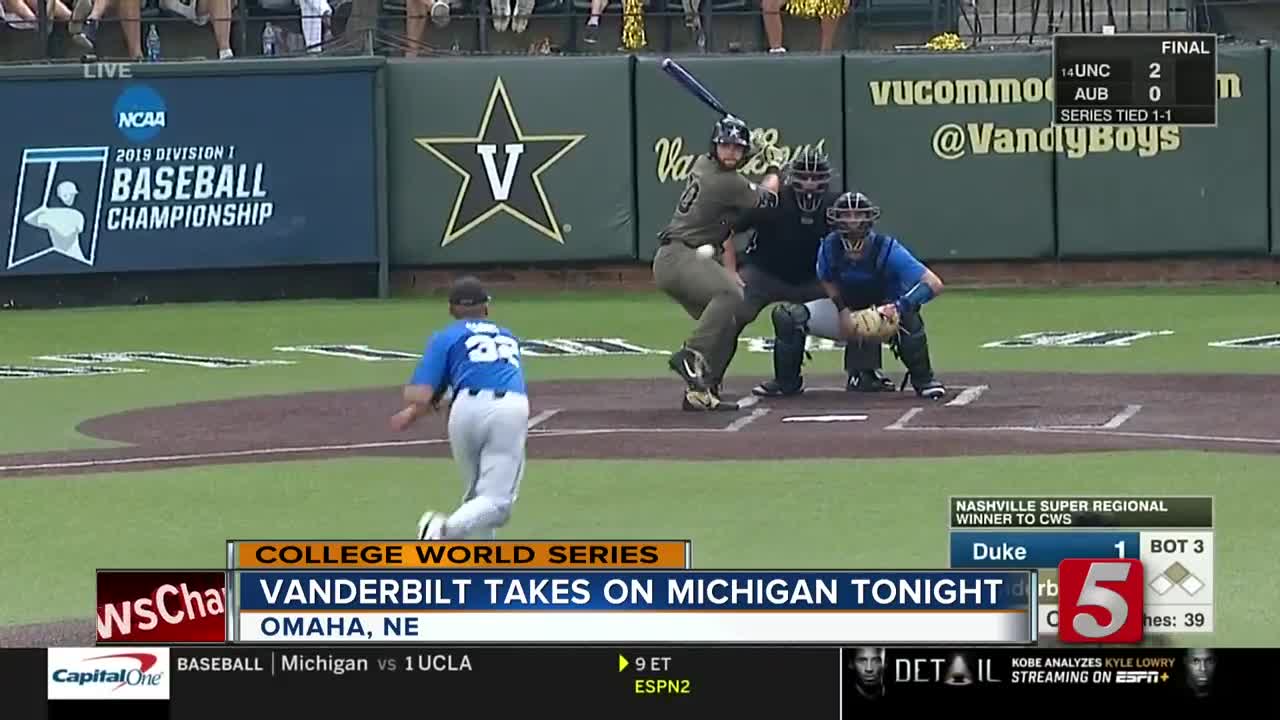 After a 7-4 loss to Michigan in game one, Vanderbilt now has its back against the wall in the College World Series finals.

OMAHA, Neb. (WTVF) — After a 7-4 loss to Michigan in game one, Vanderbilt now has its back against the wall in the College World Series finals.

The Commodores will need to win game two Tuesday night to force a decisive game three Wednesday. There’s pressure in knowing that the season could end in the next game, but this team has felt that before.

Back in the Super Regional Vanderbilt was blown out by Duke in game one before coming back to win the final two games of that series. An experience that gives them confidence for the challenge ahead.

Just like in the Super Regional Vanderbilt will give the ball to fireballer Kumar Rocker in game two. Facing elimination that night the freshman pitched one of the best games in college baseball history, striking out 19 Blue Devils in a no-hitter.

That victory propelled Vandy into a game three rout that sent them to Omaha. It also gives the team confidence that Rocker will be able to handle the pressure of the moment against the Wolverines.

“You know, he's pitched a lot of baseball games,” Corbin said. “I think age is really not going to be the factor right now. I think the biggest part of him is he's been on the mound before and he's got confidence in himself. But he's going to have to pitch well against this team. They're very good.”

Vanderbilt is 9-2 this season after a loss, and each of its last three losses led directly to prolonged winning streaks. So even though Michigan was the better team on Monday night, the Commodores know they’re capable of bouncing back and still winning the national title.

“Each game has a different personality,” Vanderbilt All-American slugger J.J. Bleday said after game one. “They obviously came out and got us, and credit to their guy. He's been their man all year. He put us away. Tomorrow is going to be a new ballgame, and it's going to be a different personality to that game, and we're just going to keep doing what we've been doing all year.”

Right now it’s about winning just one game to stay alive. Get to game three and anything can happen.