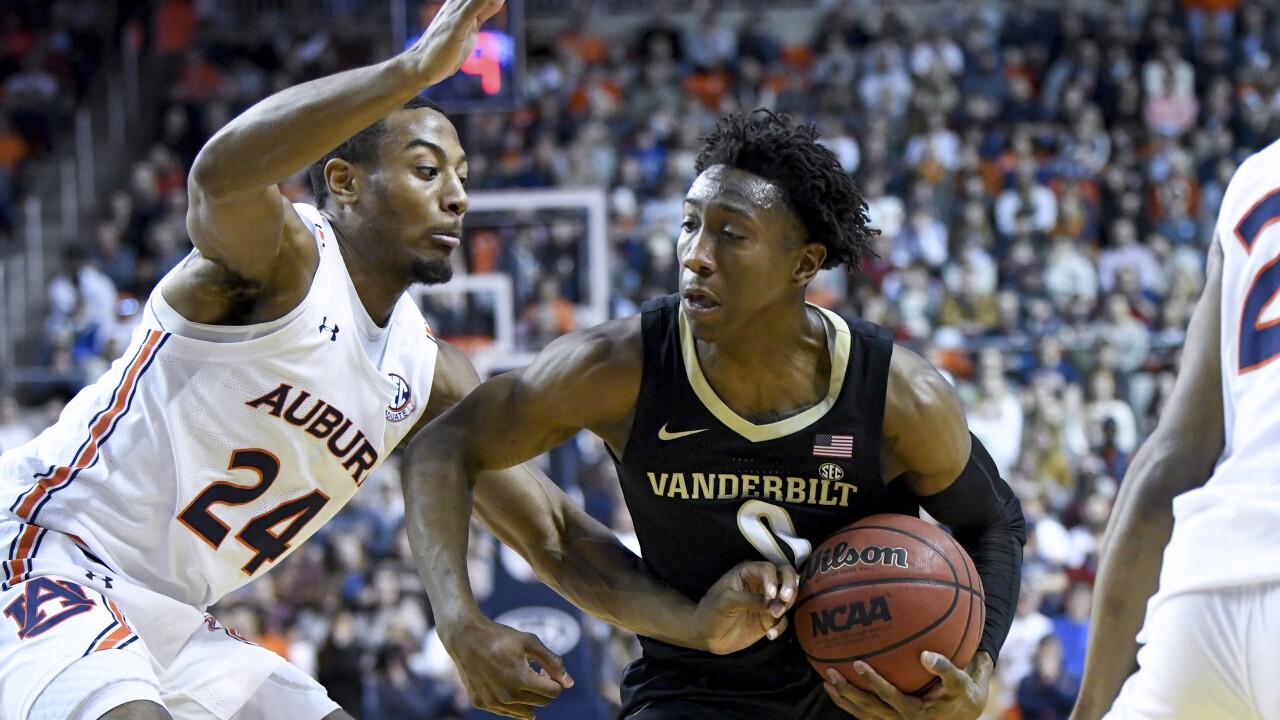 (Copyright 2020 The Associated Press. All rights reserved. This material may not be published, broadcast, rewritten or redistributed.)
Julie Bennett/AP
Vanderbilt guard Saben Lee (0) drives past Auburn forward Anfernee McLemore (24) during the first half of an NCAA college basketball game Wednesday, Jan. 8, 2020, in Auburn, Ala. (AP Photo/Julie Bennett)

NASHVILLE, Tenn. (WTVF) — Saben Lee's 27 points kept Vanderbilt in the game against unbeaten Auburn, but it wasn't enough to score the upset.

The Commodores (8-6, 0-1) were down three with 22 seconds left when Auburn's Danjel Purifoy stole an inbounds pass sealing Vandy's fate.

Vandy was down by 13 points in the 2nd half before a furious comeback tied the game at 79 with less than a minute left.