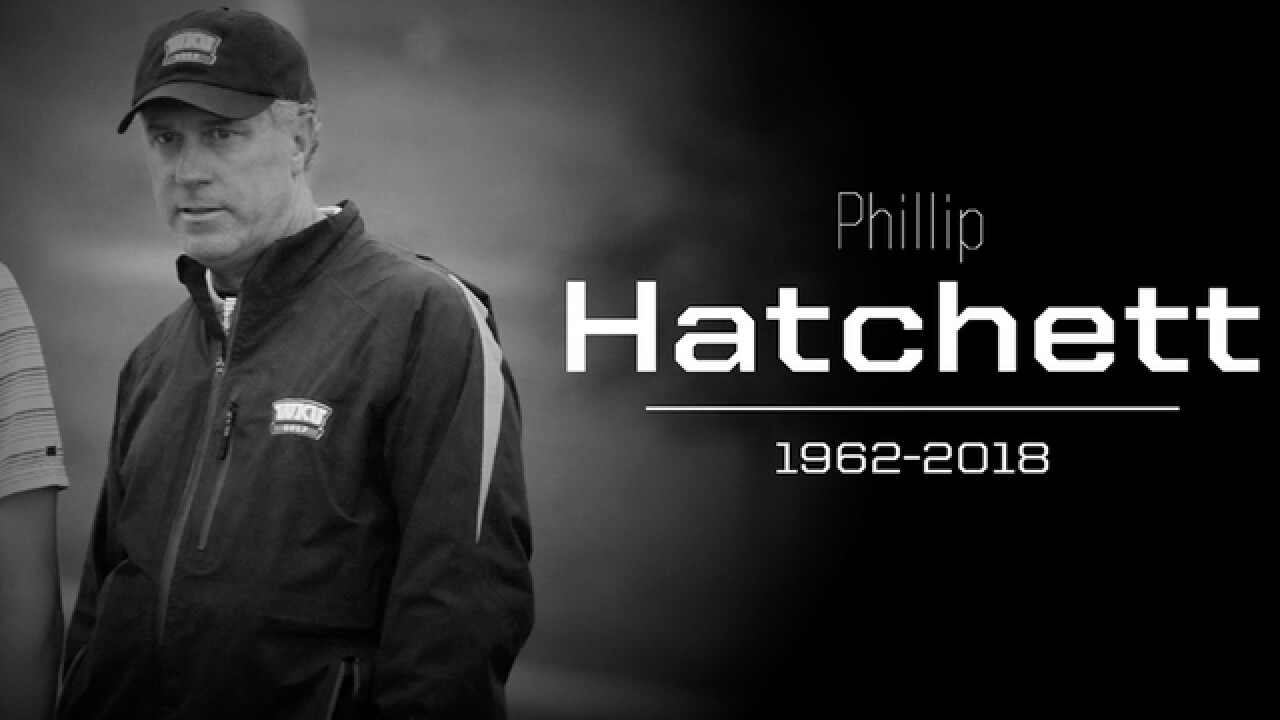 Western Kentucky University Athletics confirmed the death of the head coach of the university's men’s golf team. Phillip Hatchett passed away at age 55.

Reports stated Hatchett was riding his bicycle with other cyclists when he was struck by a vehicle and killed early Sunday morning.

"Our hearts are broken following the tragic passing of Phillip Hatchett," Director of Athletics Todd Stewart said. "He was an outstanding individual in every respect, a kind soul liked and respected by all, and someone who cared deeply for his players whom he considered family. Phillip exhibited pure class in everything he did. Our thoughts and prayers are with his wife, Beth, and the entire Hatchett family."

Hatchett was entering his ninth season in the 2018-19 school year as the head coach at WKU.

He graduated from WKU in 1985 as a four-year letterman for the men's golf program. WKU representatives said since he took over as coach in 2010, he had led a resurgence in recent years.

The team recorded five top-five performances in 2017-18 with two 6-under outings that produced 858 totals. They finished the season with their best conference tournament round since 2008, according to WKU Sports.

Hatchett’s teams were the standard for academic success at WKU, according to officials there, as they earned the men's sport program Academic Team of the Year award for posting the top cumulative grade point average among all WKU men's sport programs.

Funeral arrangements had not yet been finalized.