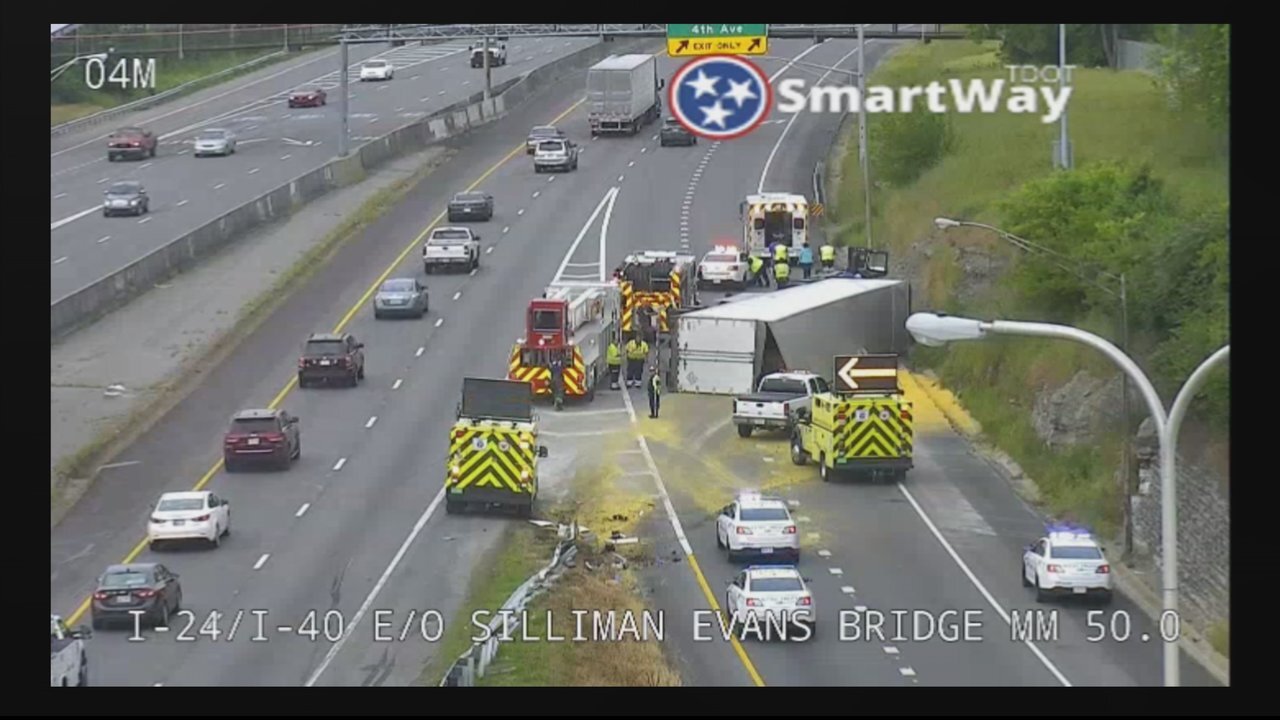 NASHVILLE, Tenn. (WTVF) — Eastbound lanes of Interstate 24 reopened after several hours after a tractor trailer hauling 43,000 pounds of dry pasta overturned, according to the Tennessee Department of Transportation.

The wreck was reported around 7:30 a.m. Wednesday at the merger with I-40. It’s unclear what caused the semi to overturn.

TDOT said the wreck wasn't cleared until after 1:30 p.m.

No one was hurt in the crash.

I-24 EB is BLOCKED as you approach the South Loop. Use I-65/I-40 the West Loop instead! #5LiveTraffic