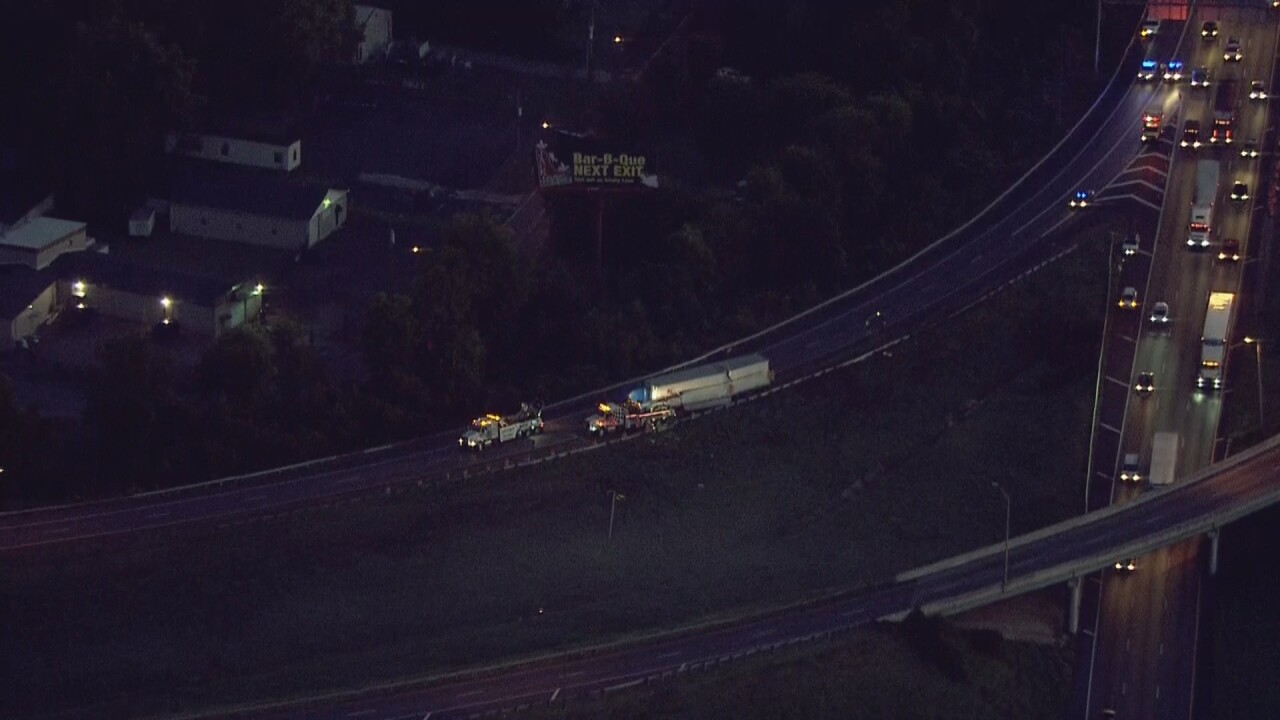 NASHVILLE, Tenn. (WTVF) — The ramp to Interstate 65 South from the north loop has reopened in Nashville after an early-morning tractor trailer crash.

The incident happened around 4 a.m. Wednesday at exit 86 heading south from I-24.

As crews work to clear a tractor trailer from the North Loop I-65 SB ramp, you cannot split off there to head toward Rosa Parks Blvd. Use this alt route instead #5LiveTraffic pic.twitter.com/nqDOmYtt04

The truck was hauling nearly 45,000 pounds of wire when it crashed into a guardrail. It’s unclear what caused the wreck.

So far, one lane has reopened. It's not known when the interstate would fully clear.