Two Tornadoes touched down during a line of severe storms that swept through Middle Tennessee Thursday night according to a preliminary peports from the National Weather Service.

Flooding remained a concern for some portions of southern Tennessee the next day.

While tornado and severe thunderstorm warnings had long since expired, areas in Lawrence County are still dealing with flooding.

Water could be seen pouring onto Dickson Branch Road in Loretto. Flooding has also caused problems in other parts of the community.

Drivers were advised to use caution when heading out Thursday morning.

Further north, Metro-Nashville’s Office of Emergency Management activated its Emergency Operations Center at 3 p.m. and deactivated it once the storms passed the Nashville area at 7 p.m.

The first of two fronts began moving into the Nashville area overnight. However, the more severe line began moving through the region around 3 p.m.

The second round of storms came through with the first tornado warnings issued around 3:45 p.m. in parts of Decatur, Hardin and Henderson Counties until 4:30 p.m. It was quickly extended to parts of Wayne and Perry Counties until 4:15 p.m. 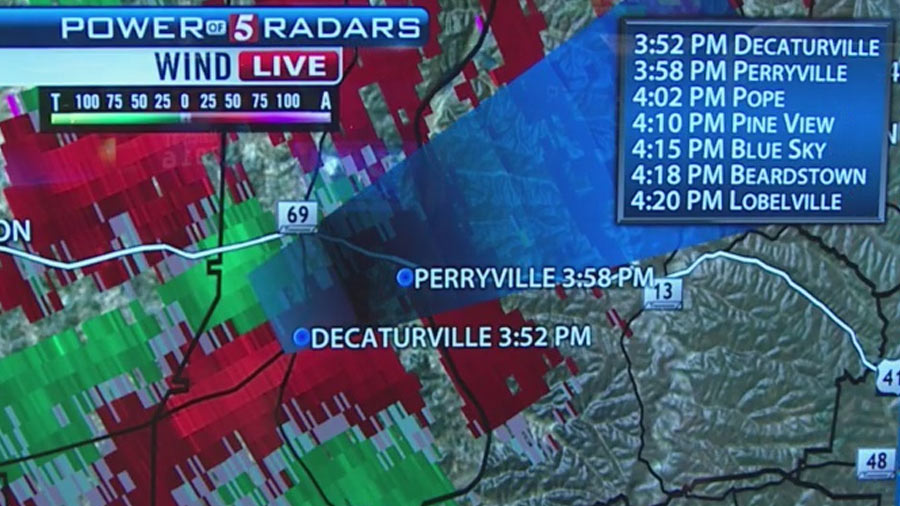 Another warning was then issued for Hickman, Lewis and Perry Counties until 5 p.m. and then 5:45 p.m. for Maury County.

The line of storms continued to move into Giles and Lawrence County. Meteorologists reported a tight rotation over the southern portion of Giles County around 6:25 p.m. after the tornado warning was extended until 8:30 p.m.

As expected, the heavy rain caused several traffic jams and backups. Standing water caused a tractor trailer to jackknife on I-40 in Mt. Juliet. The road was narrowed to one lane slowing traffic to a standstill. 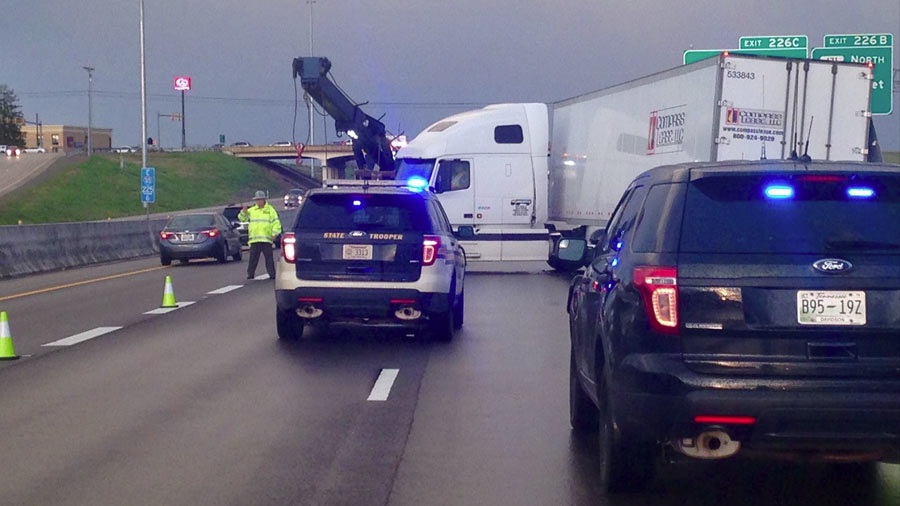 No one in the crash suffered serious injuries.

County officials evacuated the Maury County Park where visitors were gathered for Mule Day once the warning was issued.

Multiple counties across the region reported wind damage. Trees were brought down in Maury County and Perry County, and extensive flooding was reported in Giles County.

Strong winds and rain brought down a large walnut tree at the home of Dean Yearkey in Mt. Pleasant, and a lightning strike hit a home in Goodlettsville causing it to catch fire. 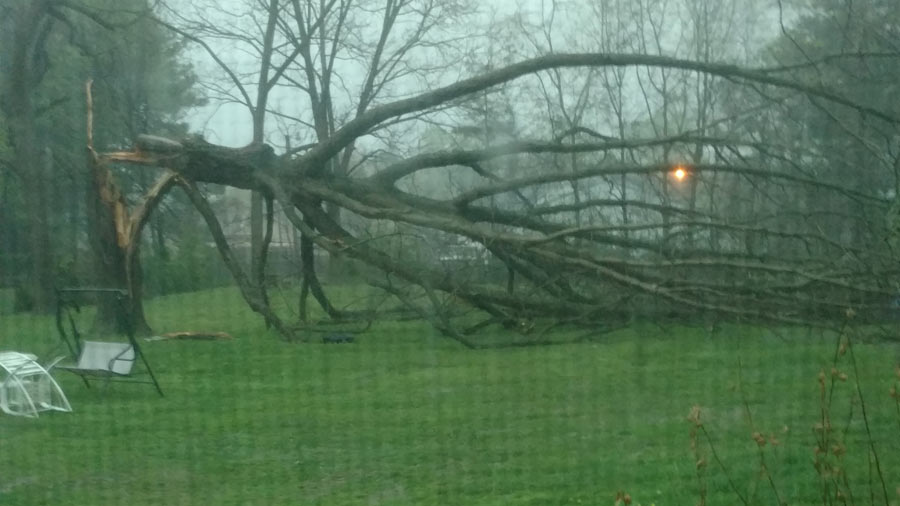 The final tornado warnings were allowed to expire at 8:30 p.m. until one last one in Franklin county until 10:30 p.m.

However, while the storms became pretty severe, they left behind beautiful rainbows across Middle Tennessee. To see NewsChannel 5's rainbow photo album, click on the post below.

Several viewers have sent us photos of some amazing rainbows that popped up after the storms passed through.

In anticipation of any inclement weather, you can also download the Storm Shield app for iOS and Android operating systems: