For The First Time Ever, You Can Livestream The Summer Solstice At Stonehenge 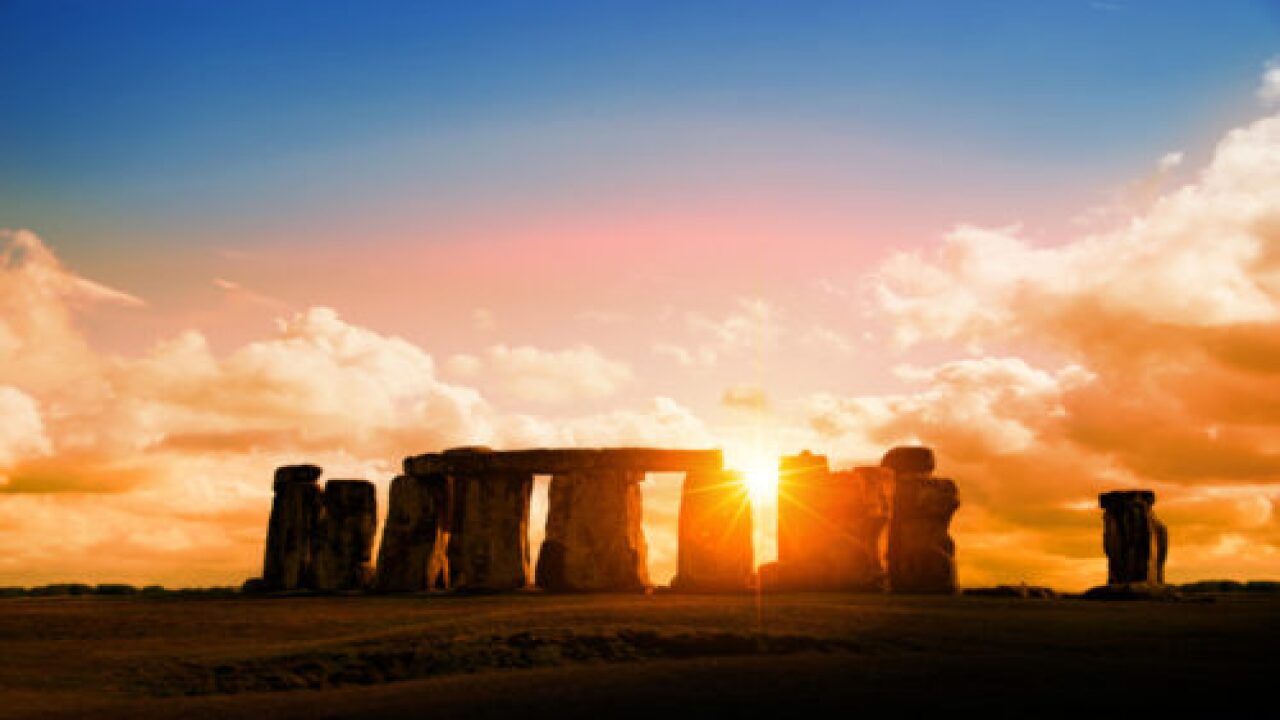 Stonehenge, the enormous stone circle that stands on Salisbury Plain in Wiltshire, England, is one of the world’s most recognizable monuments. Every year, visitors from across the globe flock to the site, and the first day of summer (also known as the summer solstice) is the busiest time.

When the sun creeps up over the horizon on the solstice, it lines up perfectly with the stone structure, which has led to the belief that Stonehenge played a big part in druid solstice celebrations.

But things are a little different this year. Due to the ongoing coronavirus pandemic, the English Heritage organization, which manages Stonehenge, is asking people not to visit the site on the longest day of the year to watch the sun rise.

Instead, would-be visitors can watch from home thanks to a livestream of the spectacle — the first in the ancient landmark’s history, reports Matador Network.

“We have consulted widely on whether we could have proceeded safely and we would have dearly liked to host the event as per usual, but sadly in the end, we feel we have no choice but to cancel,” said Nichola Tasker, the director of Stonehenge.

“We hope that our livestream offers an alternative opportunity for people near and far to connect with this spiritual place at such a special time of year and we look forward to welcoming everyone back next year.”

A photo from a previous summer solstice shows how incredible the sunrise looks behind this famous landmark.

On March 26, English Heritage shared a stunning image to its Instagram page of Stonehenge bathed in blue light, as a tribute to the U.K.’s NHS staff and carers who are working tirelessly to look after those affected by COVID-19.

This evening we share Stonehenge illuminated in blue light in support of our NHS and carers. ð To keep everyone safe we can't travel to light up the stones this evening – but here they were on World Heritage Day in 2018, illuminated by light artist Kari Kola.â  .â  .â  .â  #ClapforNHS #ClapforCarers #Stonehenge #EnglishHeritage #Heritage #History

The summer solstice at Stonehenge will stream live on Sunday morning, June 21 at 4:52 a.m. U.K. time, on English Heritage’s Facebook event page. “Our cameras will capture the best views of Stonehenge, allowing you to connect with this spiritual place from the comfort of your own home,” says the page.

Want to check out other popular tourist destinations from home? Thanks to the Street View for landmarks on Google’s Arts and Culture app, you can visit the Taj Mahal, Machu Picchu, the Colosseum and more famous landmarks around the world — all online.

Related stories
Copyright 2020 Scripps Media, Inc. All rights reserved. This material may not be published, broadcast, rewritten, or redistributed.