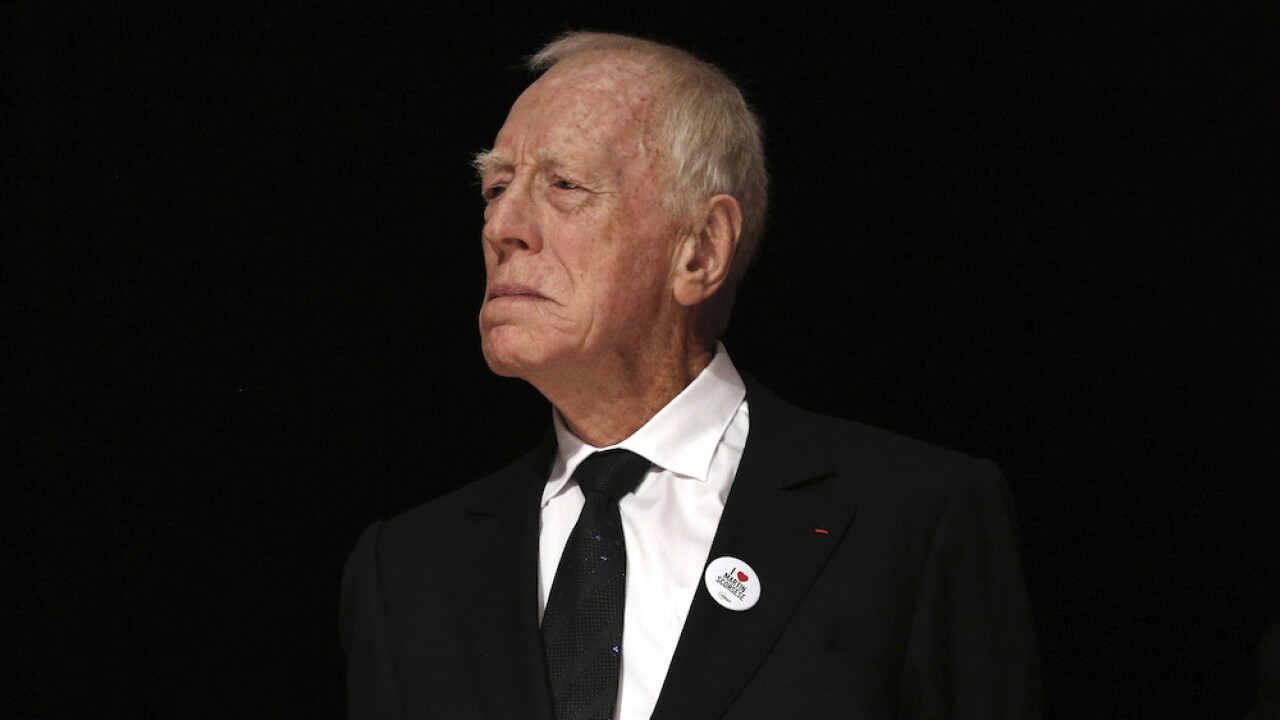 COPENHAGEN, Denmark — Max von Sydow, the self-described “shy boy”-turned-actor who played the priest in the horror classic “The Exorcist,” has died. He was 90.

He was known to art house audiences through his work with Swedish director Ingmar Bergman. But it was his role as the devil-evicting priest in William Friedkin's controversial 1973 film "The Exorcist" that brought him to international attention.

His agent said the actor, who was born in Sweden but became a French citizen in 2002, died Sunday.

From his 1949 screen debut, von Sydow starred in close to 200 film and TV productions, remaining active well into his 80s.