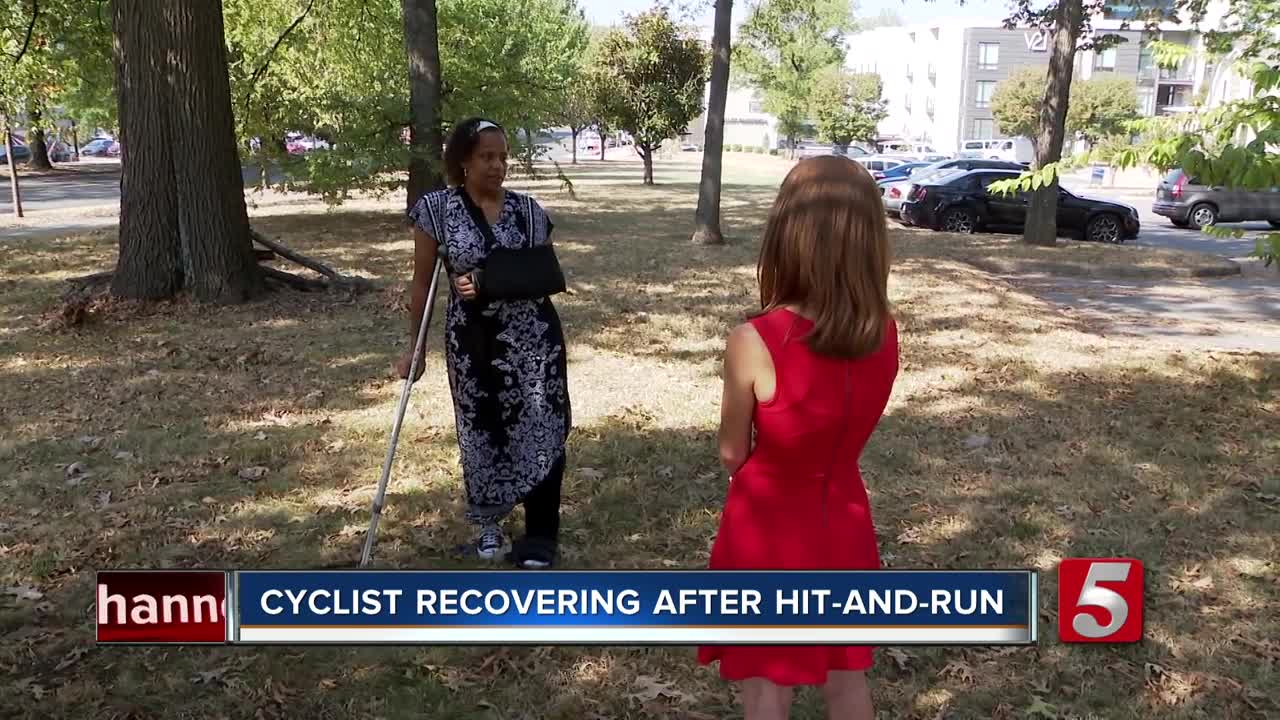 One woman hopes her story encourages drivers to pay more attention, slow down and give cyclists more room on Nashville roads 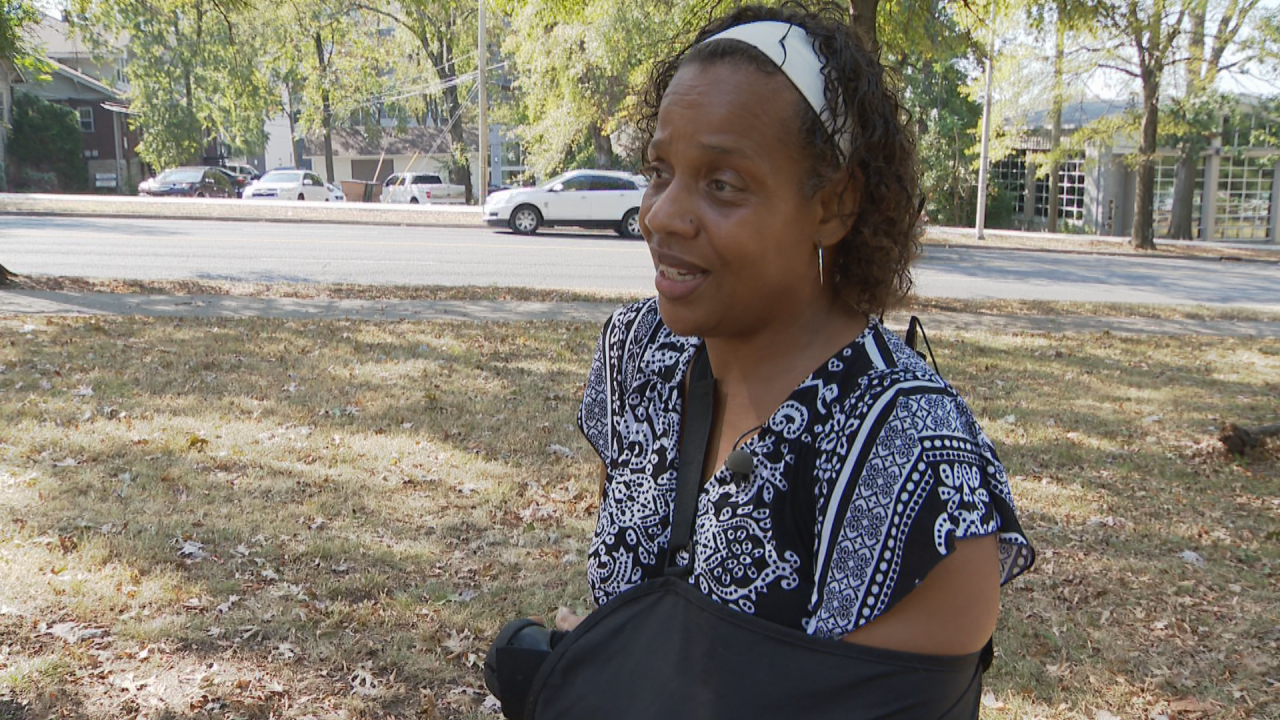 NASHVILLE, Tenn. (WTVF) — School Librarian Theresa Shipp is walking with her left arm in a sling, her left leg in a boot and a crutch under her right arm.

"It's very inconvenient, it hurts and it's frustrating," she said, "it's not me."

She's usually moves much faster, and is often on her bike. "I'm a super active person and this has really taken a toll on me," she said.

It was on a group bike ride September 17th on Ashland City Highway on the northwest side of Davidson County, when her active lifestyle screeched to a halt.

Theresa says she and another cyclist were riding in the bike lane with the rest of the group up ahead. That's when she felt a thump and heard the whoosh of a car going by. The next thing she knew, she and the other cyclist were on the ground after her bike slammed into his in a chain reaction crash.

"I felt like I was in a ditch," she recalled lifting her head and screaming in pain. "I thought I was just going to lay there and die, that no one was going to find me."

With two cyclists down, the driver didn't even stop.

Theresa is now missing around six weeks of work. She has a broken leg along with pins, plates and stitches from where a bone in her arm came through the skin. She can't sit down because the pain is so sharp in her hip and back.

"Everything on my left side hurts," she said. And she needs extra time to get anywhere.

Green Fleet Bike Shop owner Austin Bauman heard about what happened. "Where they were hit there's a large shoulder, but if you're texting and driving you're not looking," Bauman said. He is one of many in the bike community helping Theresa through her recovery, fixing her bike free of charge. Other have been preparing meals for her family and helping out in small ways when they can.

"We try to help out when we can when these things happen," he said, "to let people know that doesn't have to be the end of your cycling career, you can get back out there."

Bauman, Theresa and others who bike are frustrated by the lack of protected bike lanes in Nashville. And by drivers who don't seem to care.

"We're trying to do something healthy and fun and you (drivers) make it scary for us because right now I'm scared to get back on my bike," Theresa said. She hopes other drivers hear her story and change their behavior, paying more attention, slowing down and leaving more room for cyclists when they pass.

Because it only takes one driver to change the way a cyclist can get around, like in Theresa's case. For others, one driver could make what they love a matter of life or death.

The Metro Police report on the crash shows officers found the side mirror of the car that hit Theresa. The search is on for the driver responsible.