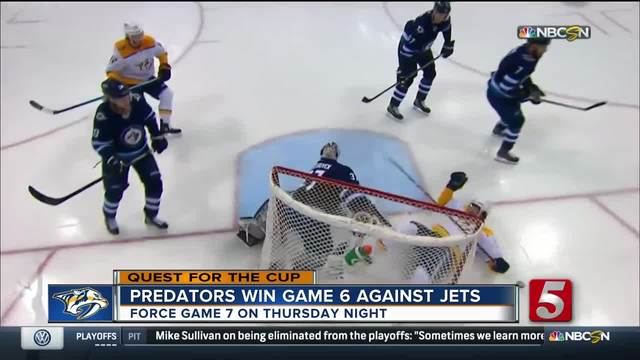 This was the moment they had waited for. On an unseasonably hot early May day, Winnipeg was ready for its moment in the sun. Even some offices and schools let out early as what seemed like the entire city converged downtown for what some called the biggest night in city history. 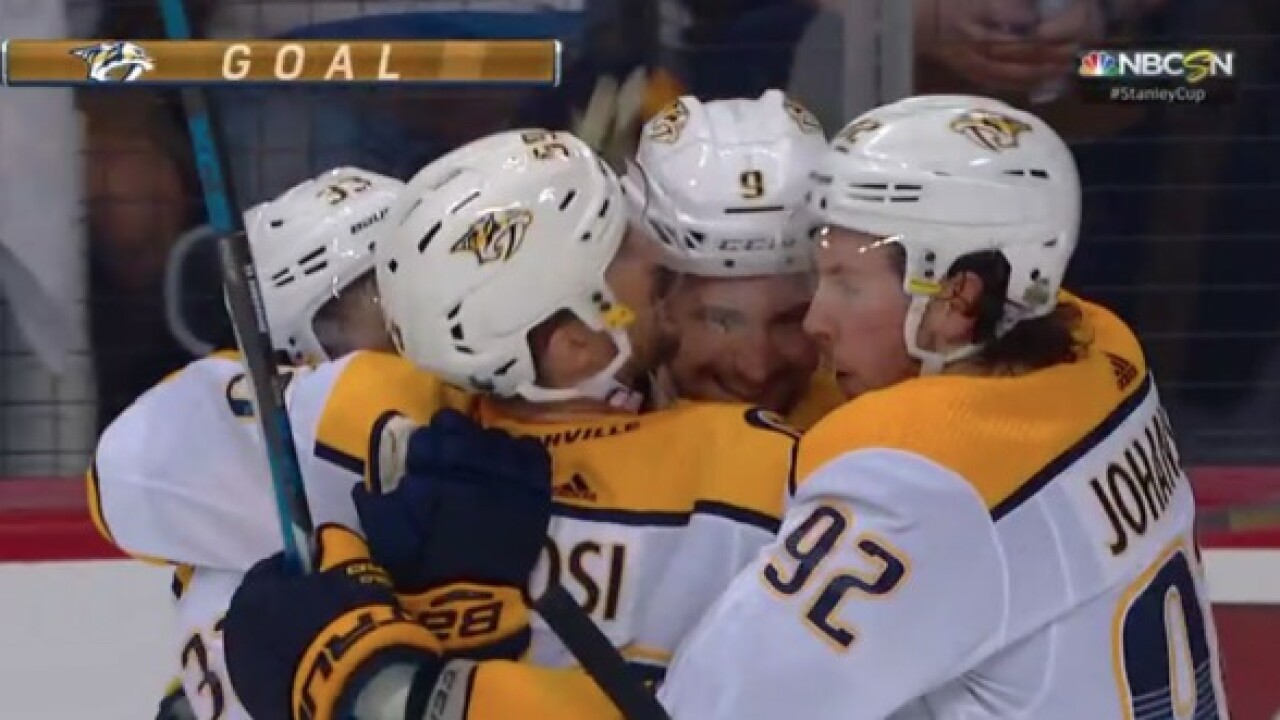 This was the moment they had waited for. On an unseasonably hot early May day, Winnipeg was ready for its moment in the sun. Even some offices and schools let out early as what seemed like the entire city converged downtown for what some called the biggest night in city history.

More than 20,000 Winnepeggers stood shoulder to shoulder on Donald and Graham. Another 15,000-plus created the famous whiteout inside Bell MTS Place, ready to cheer on their Jets to a berth in their first ever conference final.

But then the puck dropped and the Predators, themselves a proud bunch as owners of the best record in the league this season, spoiled the party with a 4-0 win that forces a decisive game seven in this Western Conference showdown back in Nashville Thursday night.

The home crowd had barely settled into their seats when Viktor Arvidsson acrobatically redirected a Roman Josi shot past Connor Hellebuyck to put the Predators on the board just 62 seconds into the game.

Then they rose time and time again as the Preds gifted the Jets with three power play chances in the first period. But Pekka Rinne was brilliant, first stopping Bryan Little in tight, then stoning Paul Stastny not once but twice from point blank range. With a little help from an adept penalty kill, Rinne made saves on all 10 shots he saw in the first and Nashville led after 20 minutes for the third straight game in Winnipeg.

The second period has been the Preds undoing in the three games they’ve lost in this series. They gave up two goals in the middle period of game one and four each in games three and five. But on this night they withstood the Jets’ push with a sound defensive period, and this time they capitalized on a mistake. Craig Smith punched a puck free and Ryan Johansen hit Filip Forsberg as he picked up a new stick in front of the Preds’ bench. Forsberg then somehow fought off Ben Chiarot as he fit a shot past Hellebuyck moments before he slid into the goal himself.

It was another highlight reel goal from Forsberg, who’s had a few this postseason. The magnitude of this goal, giving the Predators a two goal lead on road ice in an elimination makes it the biggest, but it wasn’t even his prettiest goal of the game.
Forsberg’s second goal was a between the legs flip that dropped jaws and gave the Preds a 3-0 third period lead.

By the time Arvidsson skated in for his second goal of the night, an empty-netter with just over 4:00 left, fans were headed to the exits. When Rinne blockered away his 34th save for his second shutout of the postseason, attentions had already turned to  game seven.

It will be the first such game in Bridgestone Arena history and the first game seven in Jets history. One will move on as a Stanley Cup favorite. The other will head into a summer full of regret.

As the final seconds ticked away Monday night, the hearty Winnipeg fans began chanting, “Jets in seven.”  And they may still capture this series that has seen the two teams alternate victors for six games.

But that victory will have to come in enemy territory, because on Monday night the Predators ruined the party with a near flawless road performance.

It was a championship effort from a team that’s not done yet.