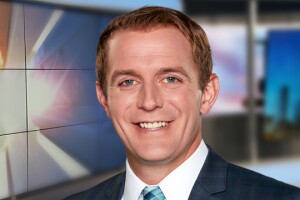 Steve Layman joined the News channel 5 Sports staff in March 2011. You can catch him anchoring and reporting throughout the week and as a host of "Sportsline" on NewsChannel 5+.

Layman comes to Nashville after a five-year run as Sports Director at KOKI-TV in Tulsa, Oklahoma. Prior to that, Steve served as the radio co-host of "Sports Talk" on WDWS-AM in Champaign, Illinois, and as a play-by-play announcer for University of Illinois athletics on the Illini Sports Network.

Layman has been honored for best sportscast by the Associated Press and the Oklahoma Association of Broadcasters. He also received three OAB Awards for best sports special for his role as host and producer.

Steve is a graduate of the University of Illinois. He lives in downtown Nashville and enjoys all the music, culture, and sports the Music City has to offer.