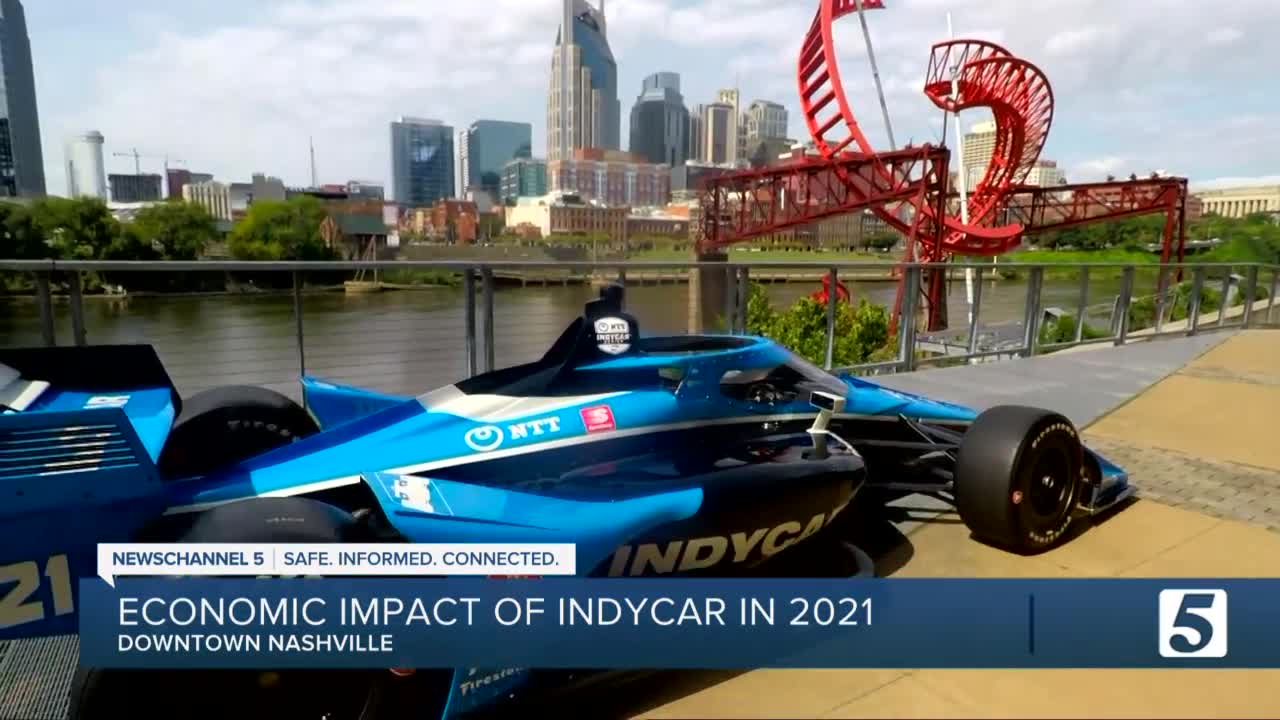 IndyCar Racing has announced a multi-year contract to run the Music City Grand Prix in downtown Nashville starting in 2021. 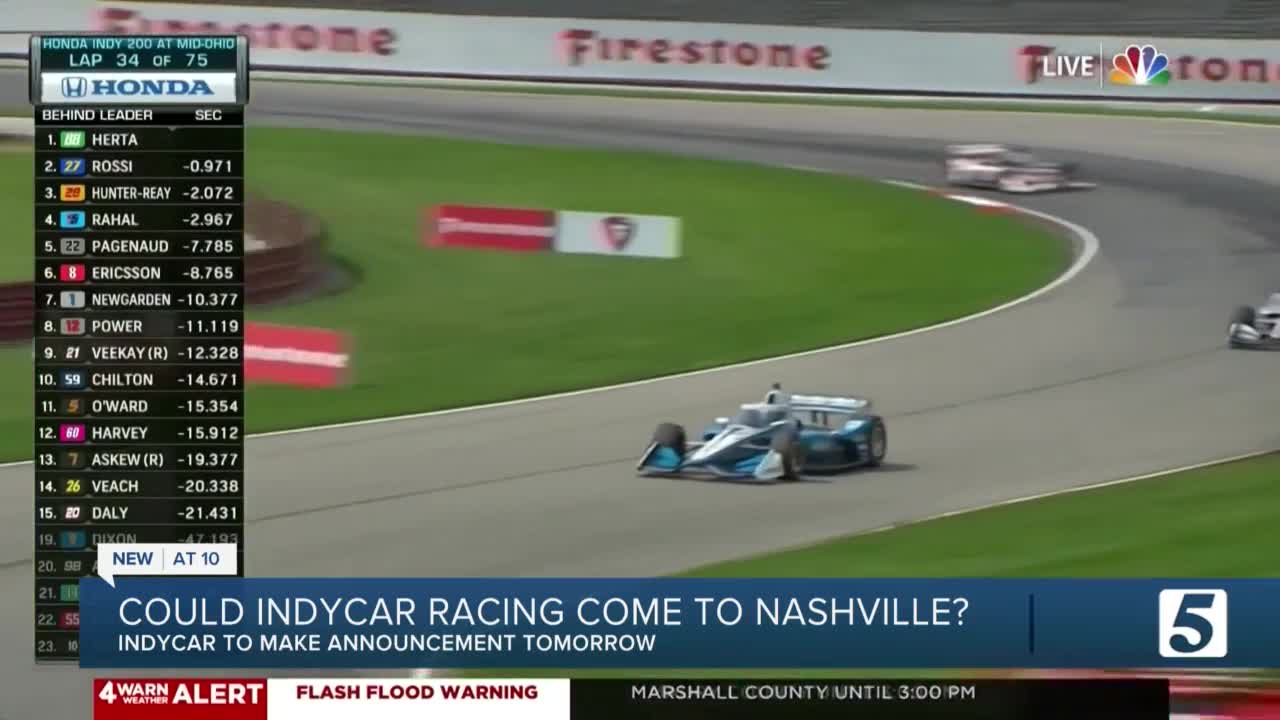 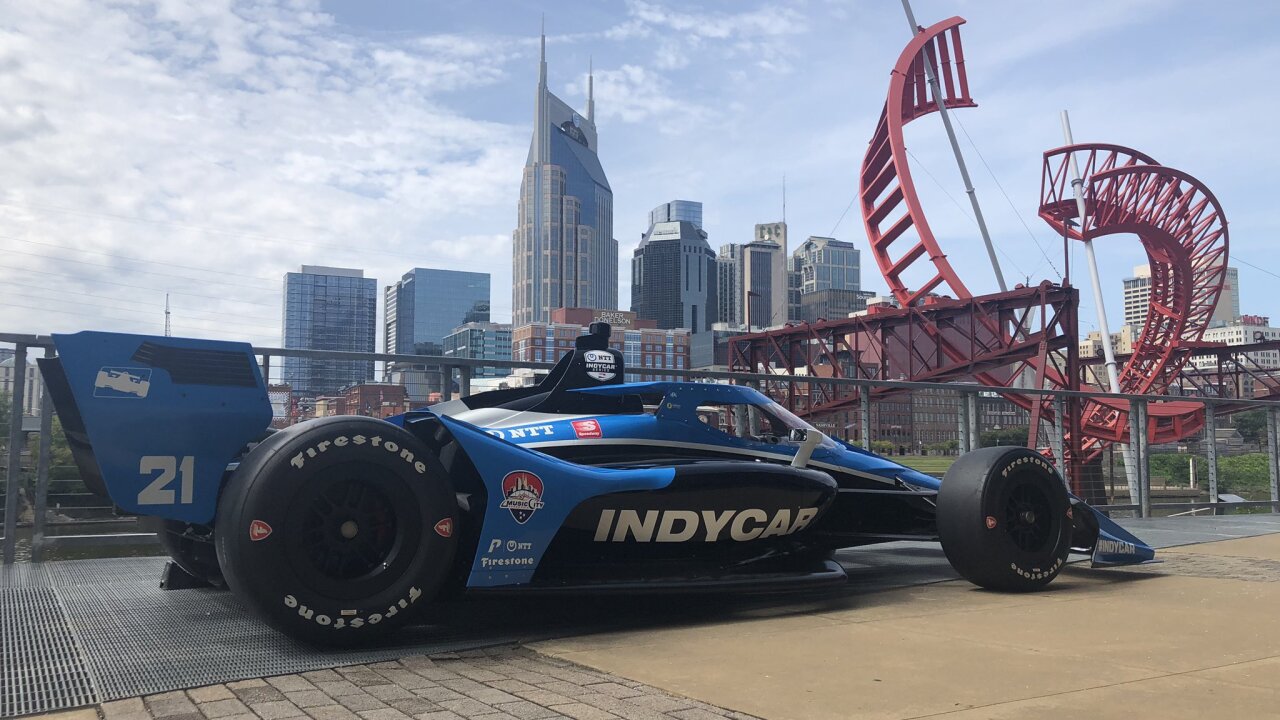 Nashville Mayor John Cooper said the race is a privately funded event, adding it will “serve as a catalyst for our economic recovery." He said Music City Grand Prix will cover its own police, fire and public works costs.

“This is a 100% positive net benefit for the people of Nashville, Tennessee,” said Cooper.

.@josefnewgarden says this will be the number one destination for drivers outside of the Indy 500 in 2021. It is an event you won’t want to miss. @NC5 pic.twitter.com/id4rT4Ag4d

The Tennessee Titans and Nissan Stadium are also partnering with Music City Grand Prix for the event. The three-day international festival, scheduled for Aug. 6-8, 2021, will be staged on a temporary grand prix circuit in downtown Nashville and around the Nissan Stadium campus.

The 2.17-mile temporary track will race across the Korean Veterans Memorial Bridge into downtown Nashville and back. IndyCar says the 11-turn course will make the Music City Grand Prix one of the only events in motorsports to cross over a major body of water.

Stephan Foust, a longtime IndyCar fan says he'll be one of the first to get in line to buy a ticket. "I’m a big big fan," he said. "The open cockpit, the configuration of the cars, the speeds."

To fix his need for speed, Foust usually drives back to his native Indiana each year for the Indy 500. "If the creeks don’t rise, next year will be my 50th [Indy 500]," said Foust.

Next year, he may just opt to stay closer to home. "This is akin to when it was announced the Oilers were coming to Nashville. To me, it’s that big," he said.

This won't just be your normal run of the mill race. The race course will be on actual downtown Nashville streets. Foust believes Nashville got the green light because we've proven we're more than capable hosts. "The NFL Draft, all of the other events that have occurred here, proving Nashville can pull off a big-time sports event," said Foust.

If Foust's garage full of race paraphernalia is any indication, die-hard fans like him will have to make room for some Music City mementos. "It’s going to become a very big, very popular event, very quickly," said Foust. "When it’s right there in your town, and you see it on the asphalt you cover, it’s like whoa wait a minute, these guys are doing something very very special."

The process of meeting with IndyCar executives started awhile ago, but Butch Spyridon -- president and CEO of the Nashville Convention & Visitors Corporation -- said there were a few more steps to take before it was finalized.

The race will be an addition to the current IndyCar circuit and returns the series to Nashville for the first time since 2008.

Watch the full announcement below: