A 19-year-old has been charged with criminal homicide in the shooting death of a high school freshman in East Nashville.

A 19-year-old has been charged with criminal homicide in the shooting death of a high school freshman in East Nashville.

The incident happened Wednesday afternoon at the Berkshire Apartments on the 1500 block of Porter Road.

Police officials said a 15-year-old Jeremiah Shelton was struck in the chest and taken to an area hospital, where he died.

He was a freshman at Whites Creek High School. Principal Dr. James Bailey described Shelton as being "full of life and personality." 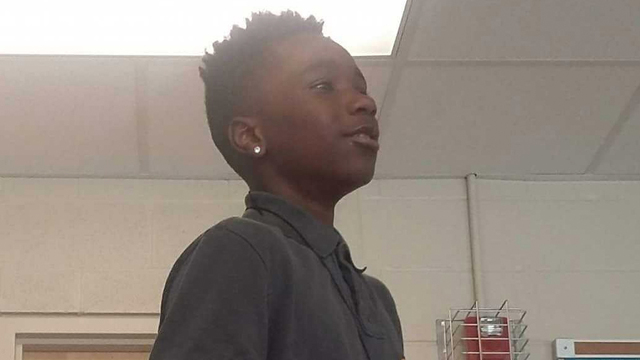 "This death of a Whites Creek High School Family member hurts deeply. Without question, this is another life taken too soon,” Dr. Bailey added.

Counselors would be on hand Thursday to support faculty, staff and students. Family members said a vigil has been planned for Jeremiah at 6:30 p.m. Friday at Berkshire Place Apartments.

Joshua Hockett, 19, charged with the fatal shooting of Jeremiah Shelton. None of the four teens inside the apartment called 911 after Shelton was shot while “play fighting.” pic.twitter.com/gW0vzKODiP

According to an affidavit, 19-year-old Joshua Hockett was arrested in the case. He allegedly told police that he accidentally shot Shelton while the two were "play fighting."

Four teens were at the apartment, three males and one female, and were questioned by police. None of them called for help after the shooting. A neighbor reportedly called 911.

Police said two handguns were recovered from the scene.

Earl Jordan with the community organization Partners in the Struggle released a statement following the news of Shelton's death:

My heart is very, very, very heavy right in the senseless murder and shooting of 15 year old Jeremiah Shelton. This is the 5th youth killed/murdered ( 19 years in under ) in 2018. I am beyond UPSET and sad, due the level of guns being in the hands of our YOUTHS. I am asking Mayor Megan Barry and Chief Steve Anderson, to UNITE right now to come up with an answer of WHERE our youths are getting this DAMN guns from. You can announce my comment on the AIR, as well because why building are popping up in Nashville everywhere; our kids are dying too by the hands are other youths. I'm so tired that another family have to plan a funeral for their child who didn't have a change to live his life. My prayers go out to the Shelton Family and too every political leader and Metro Council-person; you all need to address the YOUTH Gun-Violence and Murders epidemic in our city in their your meeting.