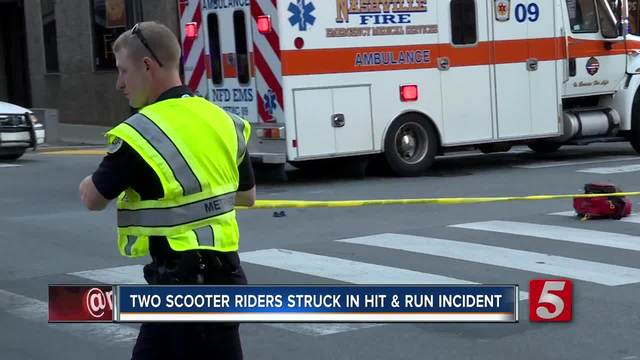 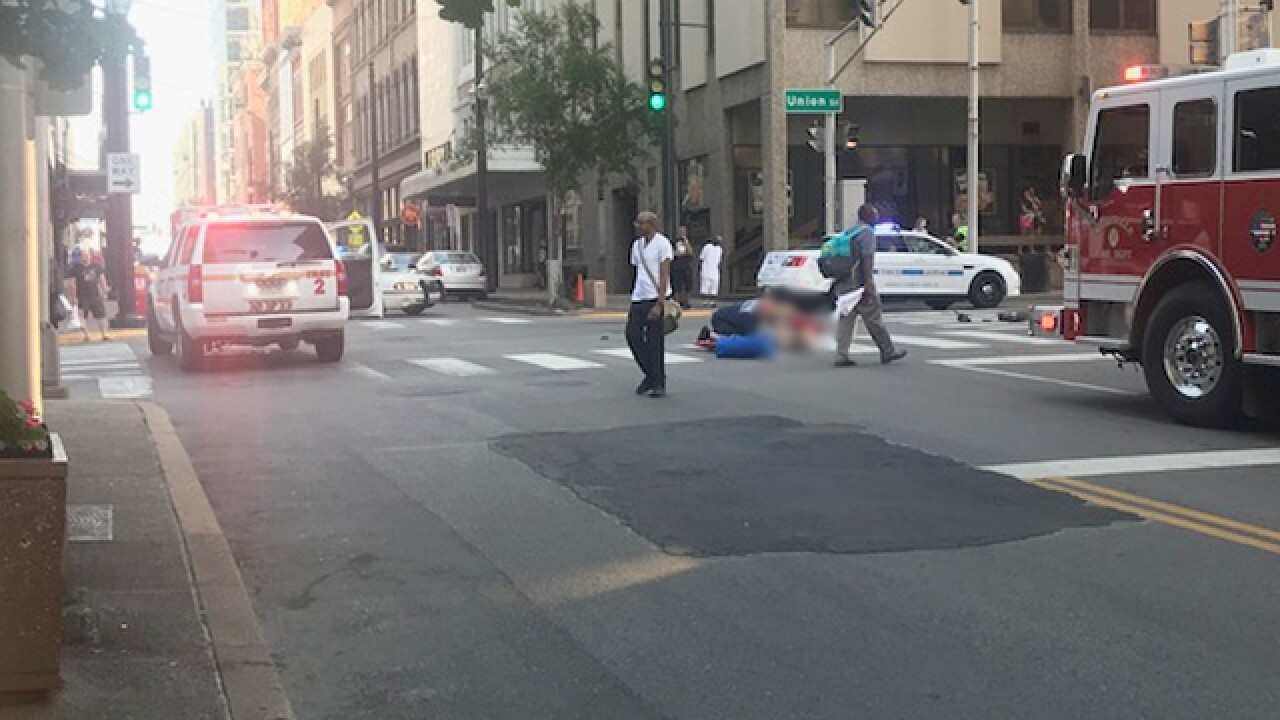 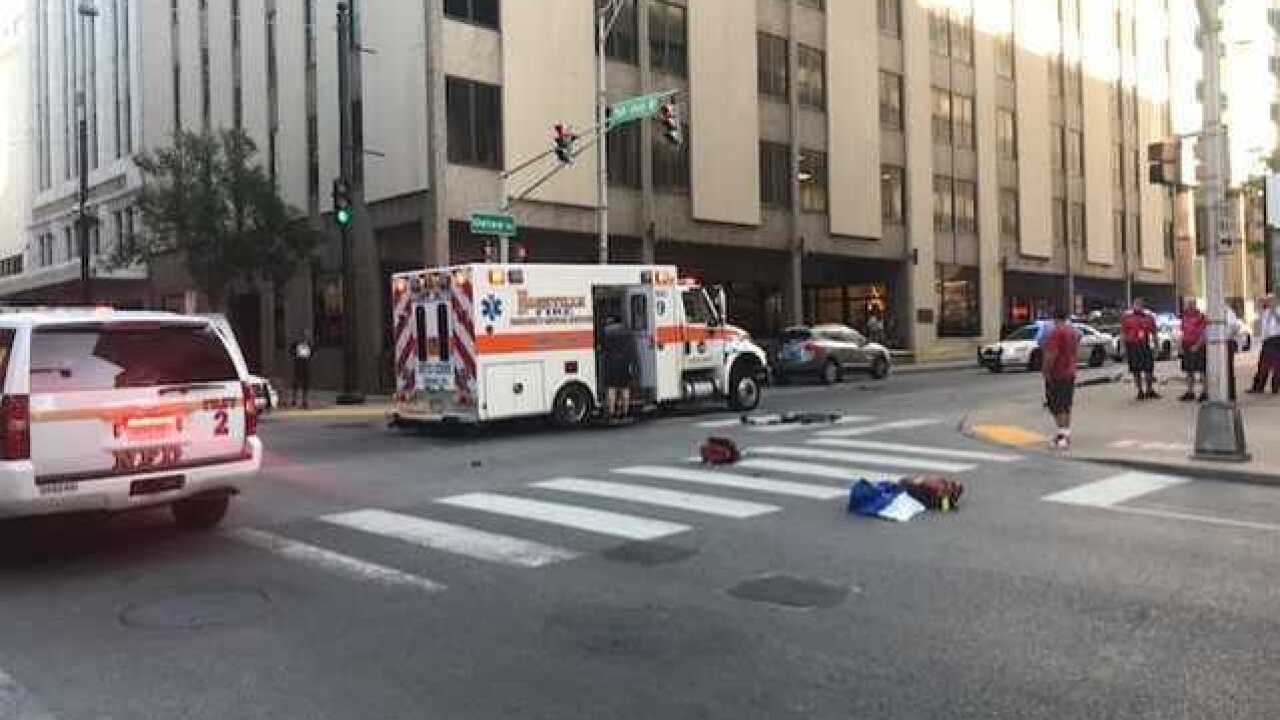 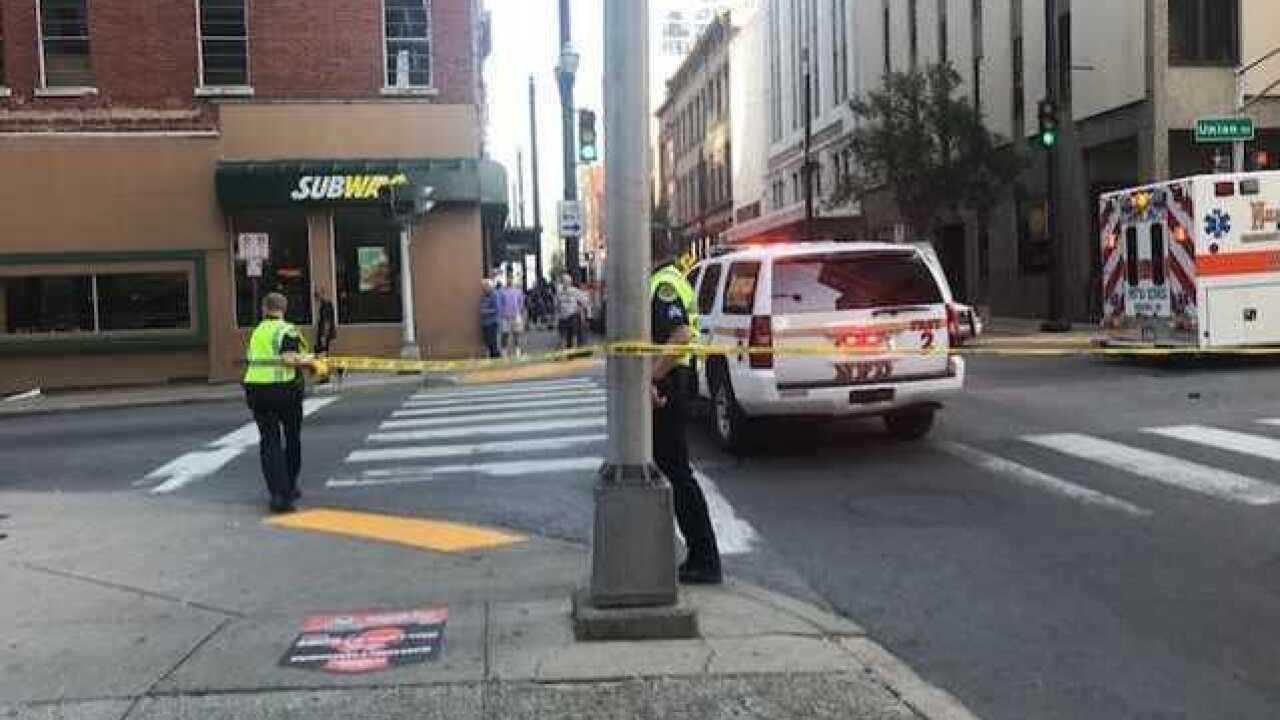 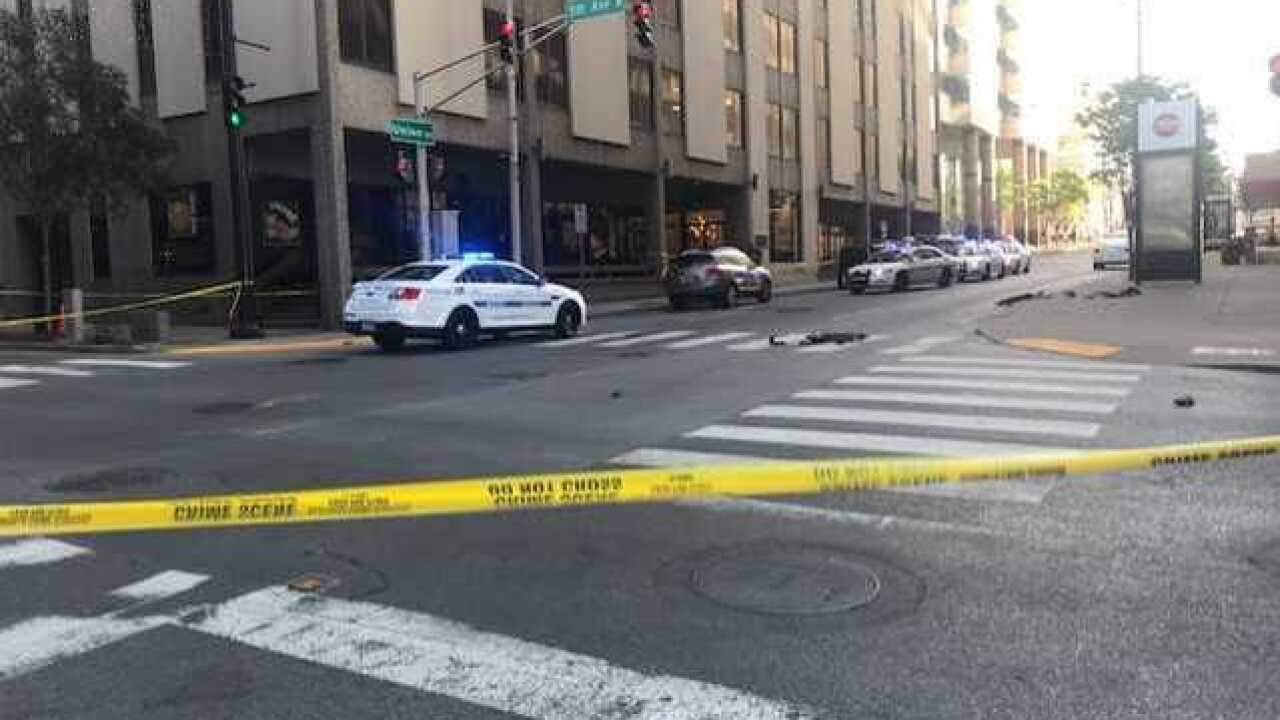 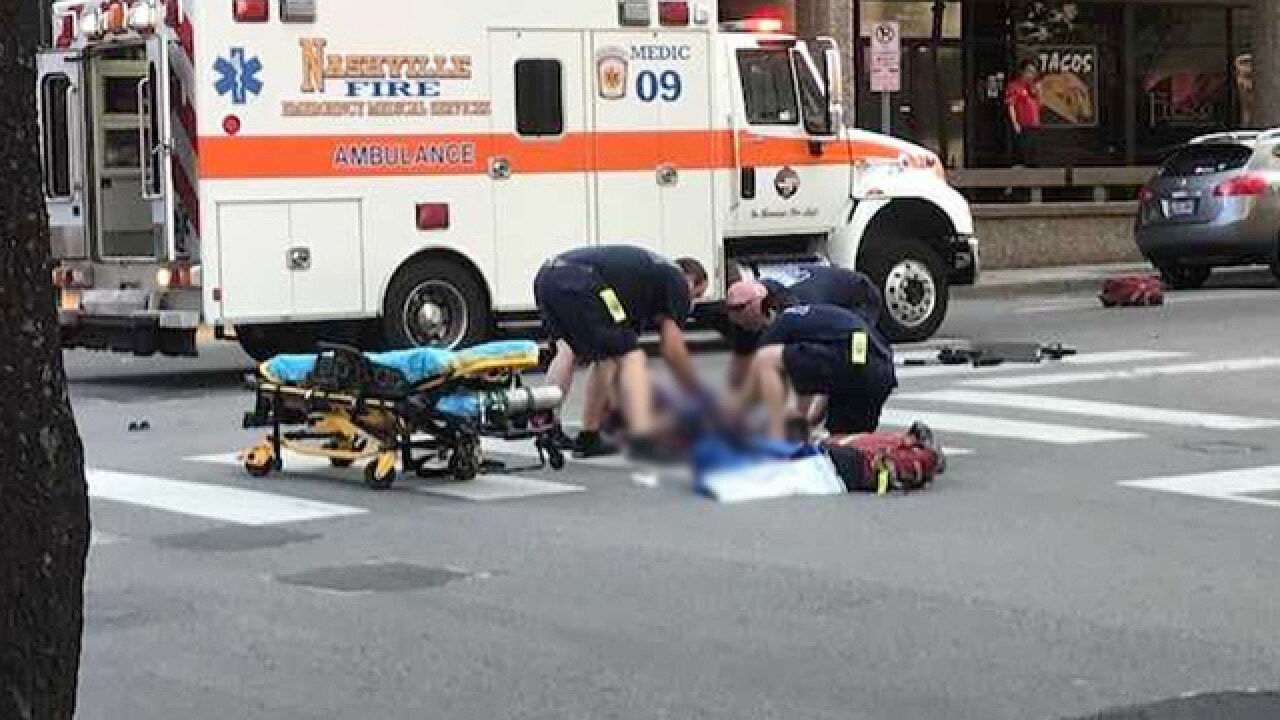 Two women on scooters were hit by a vehicle in downtown Nashville in what authorities confirmed was a hit-and-run.

The crash Sunday evening happened at the intersection of Union Street and 5th Avenue. Officials confirmed the two females were riding Bird scooters. Bird is a scooter-sharing service.

Police confirmed the driver responsible fled from the scene; however, the bumper of the vehicle remained at the crash site.

A police captain confirmed one of the victims had potentially life-threatening injuries.

The roadway was closed in that area while emergency crews worked at the scene.

Authorities did not have a description of the vehicle. They said they're checking nearby surveillance cameras.

Witnesses stated the suspect ran a red light while turning left onto Union Street, while the women were in the crosswalk.

Last week, we told you about a cease and desist letter Metro sent Bird concerning the scooters. Read more about that here.

"Our hearts go out to those impacted by the car accident today in Nashville in which two Bird riders were injured. According to published news reports, the riders were crossing a crosswalk while a motorist ran a red light, struck the riders, and fled the scene. Rider safety is a top priority at Bird, and we will work closely with law enforcement on the investigation."