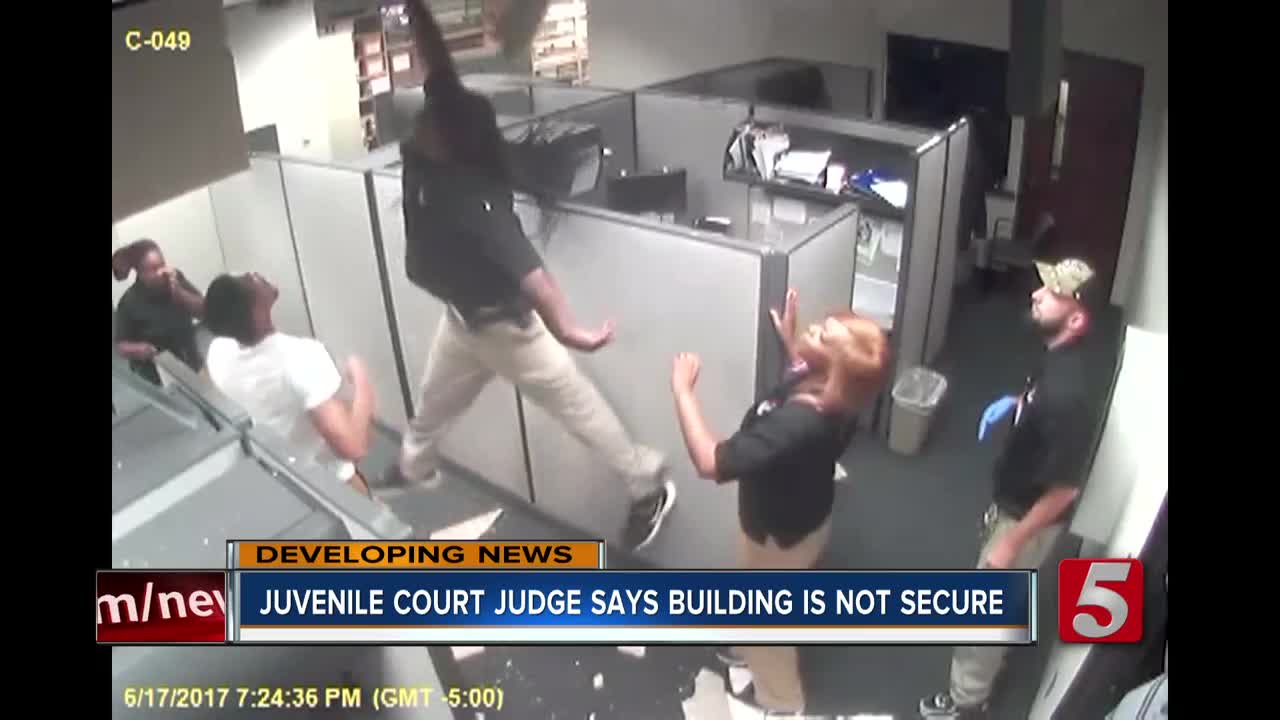 The Juvenile Court Judge told NewsChannel 5 that the Juvenile Justice Center is not a secure building. 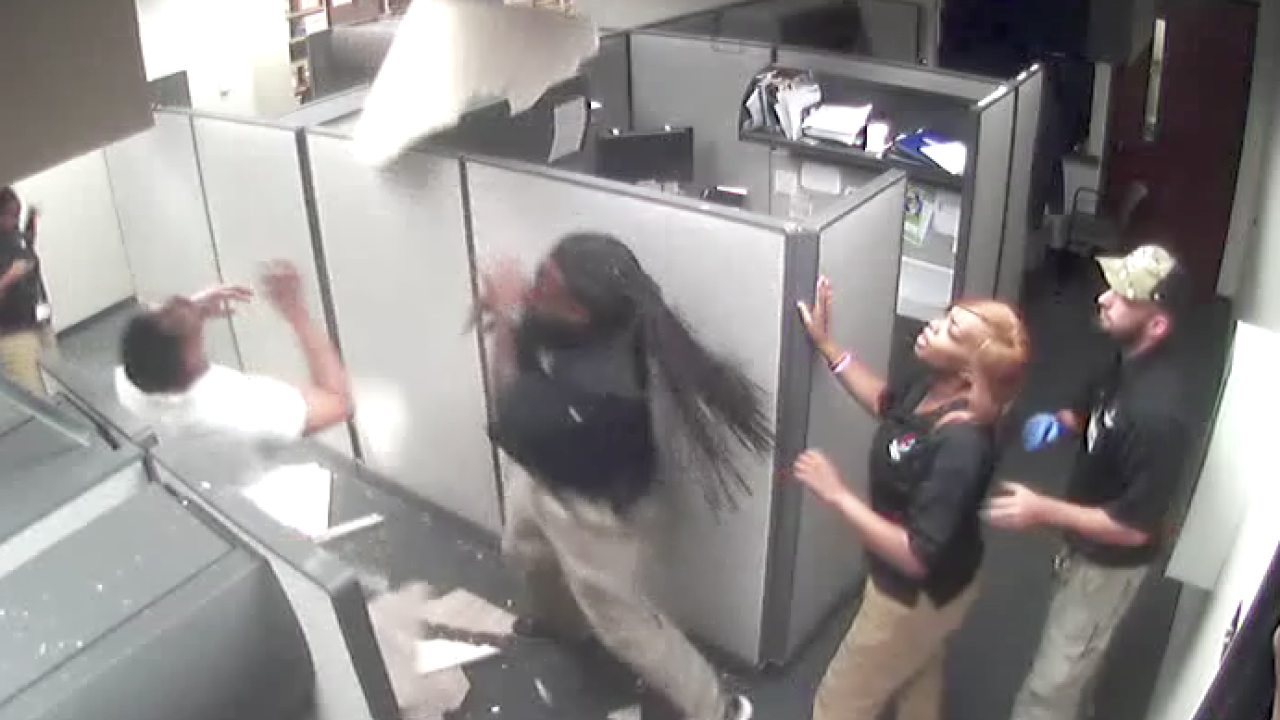 NASHVILLE, Tenn. (WTVF) — Metro's juvenile court judge said the Juvenile Justice Center is not secure. Following this weekend's escape of 4 juveniles, a video was released by court officials that shows a teen unsuccessfully trying to escape the facility in 2017.

The surveillance video shows staff looking up at the ceiling trying to track the inmate's movements. Workers then begin jumping up to hit the ceiling tiles in order to knock them, and the teen, loose. One of the workers pulls the teen down out of the ceiling by the leg, putting him back into custody.

On Saturday, four teens successfully escaped from the center. Two of them are back in custody, but two are still on the loose. The escape was caught on surveillance video.

Judge Sheila Calloway said, "I was extremely concerned, I was very disturbed."

The teens posed as an employee to get into the elevator, they took it to the ground floor, and ran out the front door.

"We have to step up the security of the building." Calloway said, "When I think about some of the design difficulties that we have, there are definitely things that can happen."

Judge Calloway said she's working with Youth Opportunities Investment to make sure changes are made.

Calloway said, "There were definitely things that should never of happened, and it is our job to make sure it never happens again."

YOI's contract is up in 2020, it's unclear if their contract will be renewed.

The company posted a $5,000 reward for information leading to the arrest of the teens still on the run - Morris Marsh and Brandon Caruthers. Anyone with information was asked to call 615-742-7463.