COLUMBUS, Ohio — Happy March everyone! The NCAA Tournament officially tips off tonight in Dayton with Fairleigh Dickinson meeting Prairie View A&M and Belmont facing Temple in the First Four. It’s the eighth trip to the Big Dance for the Bruins, but first since 2015. Then Friday no. 2 seed Tennessee opens its tournament run against Colgate in Columbus. NewsChannel 5 is in Ohio this week to cover all the action and will check in here periodically to give the happenings from the tournament:

Friday 2:30 p.m EDT - Final: 10 Iowa 79, 6 Cincinnati 72. Iowa pulls the slight upset, outscoring the Bearcats 48-36 in the second half to advance to the second round. The Hawkeyes await the winner of Tennessee/Colgate.

Big Luka Garza had 20 points to lead the Hawkeyes and Joe Weiskamp chipped in 19, including four threes.

For Tennessee fans thinking about making the drive up this weekend, Nationwide Arena is about 70 percent red today. With Cincinnati going home, there should be tickets available for Sunday.

9:28 p.m. EDT - Tennessee looked like a team focused and ready to go, but not at all nervous Thursday. The Vols are confident they have the goods to make a run at a Final Four or even a national championship this month.

But after losing to 11-seed Loyola (Chicago) in round two last year, they also have the experience of what can happen if you aren’t at your best in this tournament.
Don’t expect the Vols to overlook Colgate on Friday.

Several hours late on this, but I was absolutely heartbroken for Belmont watching their season end by two against Maryland this afternoon. Dylan Windler looked like a pro today and the Bruins battled their tails off against the Terrapins.

It’s a painful defeat, but a historic season. Windler and Kevin McClain will be remembered forever.

10:16 a.m. EDT - We have arrived at Nationwide Arena in Columbus for practice day. 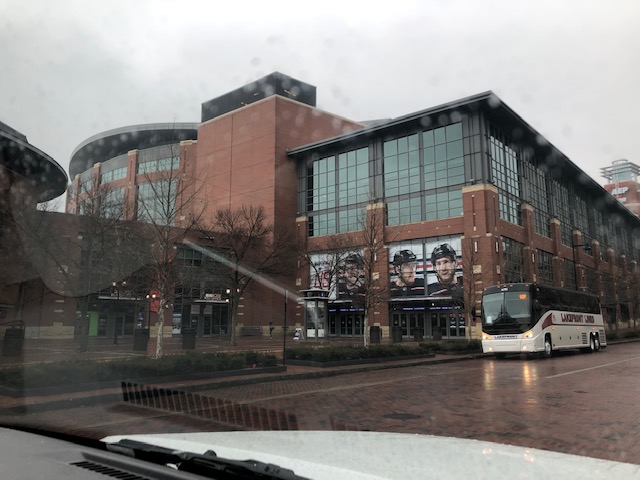 We’ll meet the Vols later on today as they get set to embark on their NCAA Tournament journey. This is an important month for the legacy of this crew. They are undoubtedly one of the best, if not the best, teams in school history, but failed to win the SEC regular season or tournament title.

Now they need to get to at least the school’s first ever Final Four to hang a banner in Thompson-Bowling Arena. And make no mistake, that’s the goal for the Vols now.

9:08 a.m. EDT - On the road again! Headed out from Dayton on a rainy Thursday morning to our next stop along the Road to the Final Four. 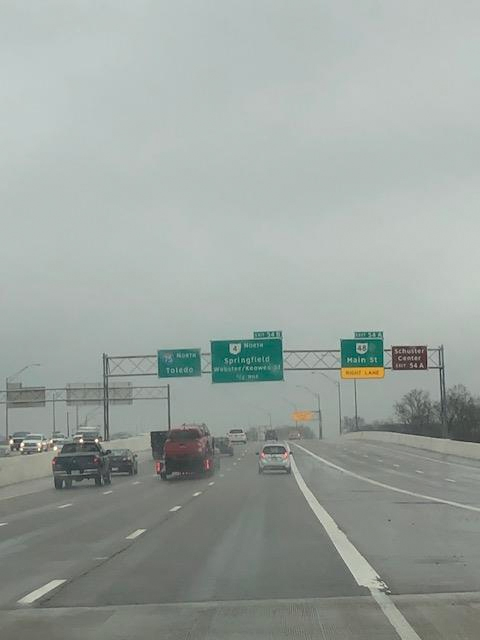 We’re about an hour from Columbus and Nationwide Arena, one of the host sites for this weekend’s first and second round NCAA Tournament games. We’ll catch up with no. 2 seed Tennessee and its opponent early this afternoon and have coverage all day on Newschannel 5.

I also plan to keep my eye on Belmont this afternoon against Maryland. The Bruins are riding high off their first ever NCAA Tournament victory and should be able to play free and easy against the sixth-seeded Terrapins. But this will be a totally different matchup than Temple was. Maryland isn’t as skilled on the perimeter, but can pound on you inside with All-Big Ten big man Bruno Fernando.

Can the Bruins contain him? They need Nick Muszynski’s ankle to respond positively after playing Tuesday night and for the freshman to give them another good game. They’ll also need star Dylan Windler to score more than five points in this game.

Luguentz Dort had 21 points to lead the Sun Devils and Zylan Cheatham had 14 points, 10 rebounds in the victory. The much-criticized PAC-12 is now 1-0 in the tournament with ASU advancing to face no. 6 seed Buffalo on Friday.

This was not a pretty basketball game. It was played at a much lower offensive efficiency level than last night’s Belmont/Temple game, but Arizona State has a bunch of athletes.

I picked Bobby Hurley’s Sun Devils to beat his former Buffalo team when the bracket came out Sunday and I’m not going to back off that now, so if you haven’t turned in your bracket yet it’s an 11 over 6 upset to consider.

And as we sign off for tonight, here’s our PSA: make sure you get your brackets in by 11 a.m. CDT tomorrow or miss out on the March fun.

WEDNESDAY 9:07 p.m. - Tonight’s 11-seed First Four game is being played at a significantly lower level than last night’s. Arizona State has jumped all over St.John’s 38-25 at the half.
The Red Storm look completely out of sorts and, frankly, like a team that should’ve had people questioning its at-large Selection.
Arizona State looks like a team. Bobby Hurley has done a great job in the desert. His coaching expertise could come in really handy if the Sun Devils hang on to their halftime lead. Hurley coaches Buffalo to the NCAA Tournament before moving on to Tempe. If anyone know what the Bulls are like it would be Hurley.

The Bison got a game-high 23 from Tyson Ward as they rallied last NCC in the second half for the win. NDSU will mow face Duke Friday night. Good luck to the Horizon League tournament champions.

Now it’s off to Jacksonville on a flight that is taking off right now from Dayton. After a short night of sleep, the Bruins will practice and meet a new group of media tomorrow before taking on no. 6 seed Maryland Thursday afternoon.

.@BelmontMBB gives the crowd a thumbs up after the Bruins captured their first ever NCAA Tournament win Tuesday night. @NC5 pic.twitter.com/T51uwQ7L71

TUESDAY 9:04 p.m. - Halftime: Belmont 37, Temple 31 - Great sideline out of bounds clears the lane and Kevin McClain drives for an easy two to give Belmont a 37-31 lead at the half.

McClain’s leading the way with 13 points. Grayson Murphy has eight.

Dylan Windler only has three, but is getting it done with his defense. Back to back steals led to a pair of Grayson Murphy buckets to pull Belmont back within 24-23 after Temple took the lead with a 12-2 run in which it scored on five straight possessions.

After hot start Temple cooled off to 40 percent shooting. Belmont is staying steady at 53 percent. Also rebounded much better down the stretch of half. That stat’s 17-17.

If you told the Bruins they’d be up six at the half and Dylan Windler would only have three points they’d take it.

TUESDAY 7:47 p.m. - Game one of the NCAA Tournament is in the books. Fairleigh Dickinson erasing a 13 point first half deficit to beat Prairie View A&M 82-76. 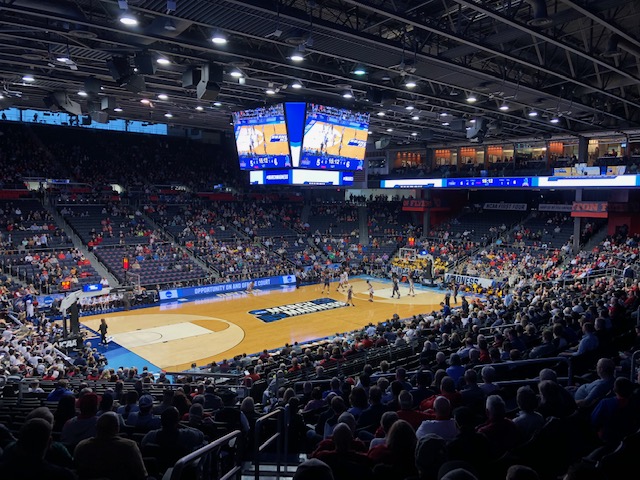 Darnell Edge scored 33 points as the Knights used a 16-5 run to take the lead and pull it out.
Congrats to FDU. As a no. 16 seed they now get to fly to Salt Lake City and face no. 1 Gonzaga Thursday. 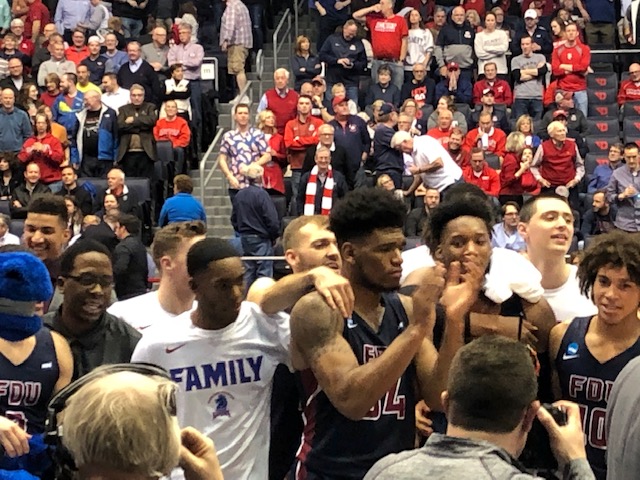 TUESDAY 4:57 p.m. - We have arrived in Dayton and are doing our pregame coverage on Newschannel 5. This is my third trip to UD Arena for the NCAA Tournament. It’s amazing how much the old barn has been improved since that first trip back in 2001. 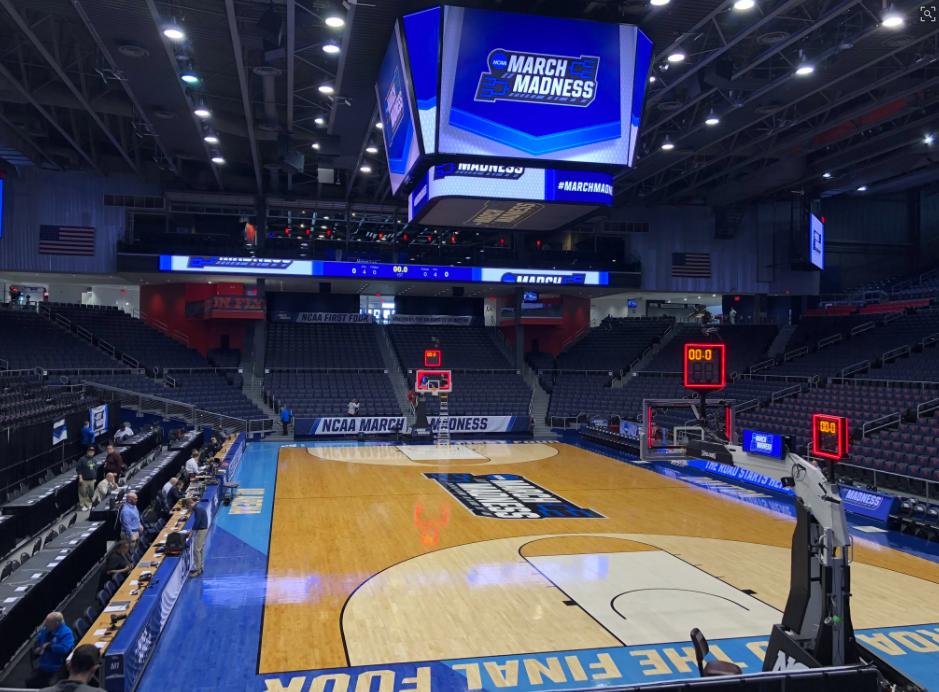 They refurbished seats, added suites and spruced up the concourse in order to attract these games when the First Four was established these games in 2011. They were such a success the NCAA hasn’t left.

Dayton is a basketball city and university, and while the First Four may be overlooked by some casual fans of the tournament, that is certainly not the case here. They love this event and routinely pack the place for both nights.

The Bruins have never won a NCAA Tournament game (0-7) before, but this is the first time they actually enter the game as a favorite. It’s also the first time in school history they’ve received an at-large selection, and the first time an OVC team’s gotten in without an automatic bid in 32 years.

That’s why I think this game is so important. Belmont isn’t just representing itself tonight, it’s carrying the mantle for all mid-major programs asking for respect from the selection committee. The Bruins got the benefit of the doubt and now need to prove the committee right.