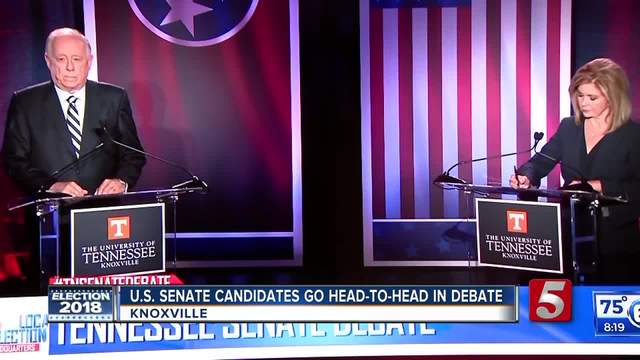 Sparks flew in Knoxville Wednesday night as Democrat Phil Bredesen and his Republican opponent Marsha Blackburn squared off in their final debate leading up to November's mid-term election. 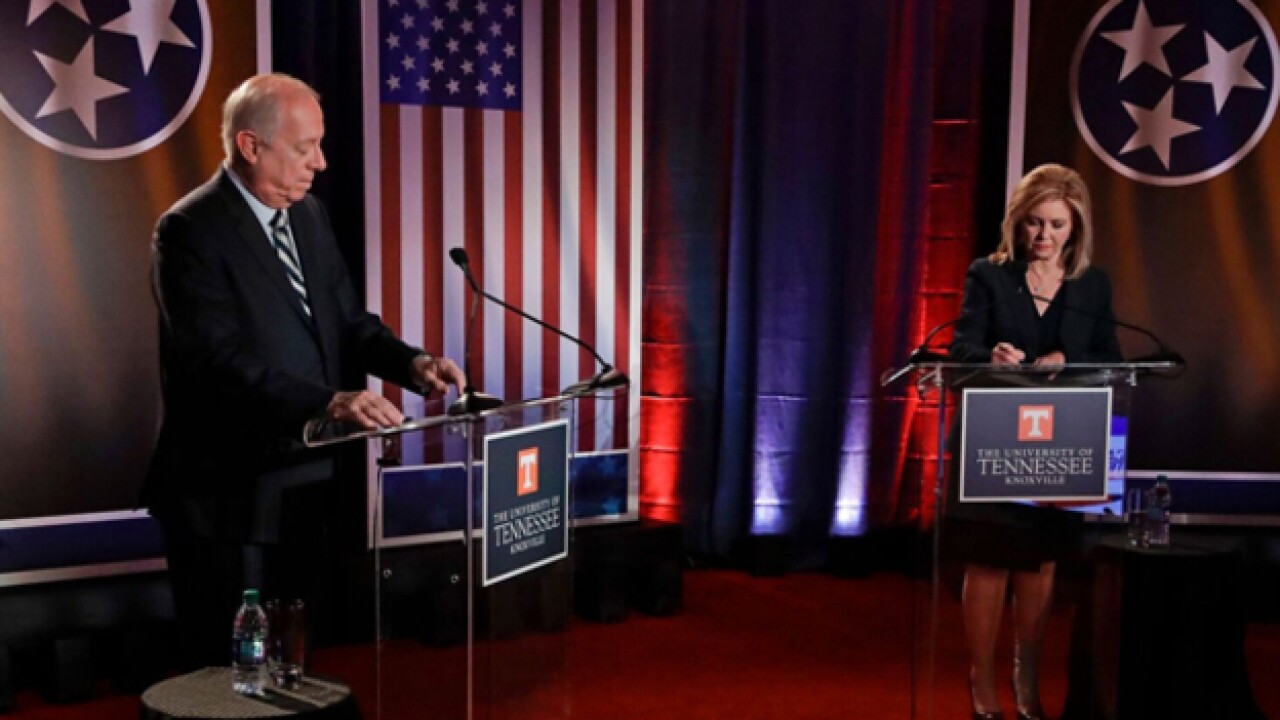 Sparks flew in Knoxville Wednesday night as Democrat Phil Bredesen and his Republican opponent Marsha Blackburn squared off in their final debate leading up to November's mid-term election.

The candidates traded barbs over everything from immigration, to education, and to the recent battle to appointment Brett Kavanaugh to the U.S. Supreme court.

When pressed on the issue, Bredesen once against reaffirmed his position that despite running as a Democrat he would've voted to confirm Kavanaugh to the country's highest court.

"I wanted to take my time with this, the obligation of a Senator is to consider all the facts," he then went on to address the sexual assault allegations made by Dr. Christine Blasey Ford, "All things being equal I did not think those allegations rose to the level of being disqualified from the Supreme Court."

Blackburn quickly seized on the opportunity to spar with her opponent, "Tennesseans wanted to see Kavanaugh confirmed, if Hillary had been President you would not have a Judge Kavanaugh."

Blackburn then accused Bredesen of trying to cover up a case of sexual assault that occured with one of the former Governor's female staffers while he was in office.

"The voices of those women were shredded,"she said.

"What you're saying Congresswoman is just flat wrong," Bredesen fired back.

Blackburn continued to try to convince voters that if elected to the U.S. Senate, Bredesen would be a guaranteed vote for Democrats and tried multiple times to attach his candidacy to Hillary Clinton. Clinton's name was mentioned at least a half dozen times during the hour long debate. In a debate last month though Bredesen rebuked that claim, saying that if elected he wouldn't vote for Chuck Schumer to be part of his party's leadership.

Marsha Blackburn: "I am working hard to make sure we keep Senator Corker's desk on the Republican side of the aisle"#TNSenateDebate

Both candidates continued to separate themselves from one another on immigration and the border wall.

On the topic of children being separated from their parents at the border Bredesen said, "It essentially amounted to child abuse, it was a stain on our country's reputation."

Bredesen, the former Governor of Tennessee, continued to tow the moderate line in tonight's debate. Calling President Trump's porposed border wall "Political theater," but saying he would support other forms of comprehensive immigration reform. Political analysts say securing independent, rural voters in Tennessee will play a crucial role in whether the Democrat can pull off a win in a state that voted for President Trump by double digits.

"I did not think you could beat the number of times you mentioned Chuck Schumer in the last debate but you have with Hillary Clinton tonight."

Bredesen, whose poll numbers appeared to dip this past weekend, received a major endorsement earlier in the week as pop-icon Taylor Swift took to Instagram announcing she would be supporting the Democrat's bid to fill Bob Corker's seat. Swift's social media post also prompted tens of thousands of people to register to vote across the country.

Both candidates also acknowledged how crucial Tennessee's open Senate seat is to the overall political makeup in Washington, D.C.

"I am working to make sure we keep Senator Corker's desk on the Republican side of the aisle," Blackburn said.

"As I was standing up there tonight I thought 'this is the Washington I'm trying to change,' ... the chance of my party being in the majority are miniscule.

This was the final time Bredesen and Blackburn will debate. Early voting for the November mid-term election begins on Oct. 17.

Bredesen: “Standing up there tonight I thought ‘this is exactly the part of Washington we’re trying to change’”#TNSenateDebatepic.twitter.com/ipIhUeXPUk

Bredesen and Blackburn previously faced off in a Sept. 25 debate at Cumberland University in Lebanon.

“Governor Bredesen tonight reminded us exactly why Tennesseans have always favored his pragmatic, results-driven brand of leadership. His independent and objective disposition is what made him an effective mayor and governor, and in today's political climate, is a breath of fresh air for Tennessee voters. Phil Bredesen worked with Democrats and Republicans in Tennessee to balance our state budget for eight consecutive years, foster 200,000 new jobs, and improve healthcare across our state, and he’ll take the same approach to the United States Senate. The reality is that Blackburn's tax scam is currently driving up the deficit, her opioid bill continues to make the opioid crisis worse, and her countless ethics violations are an embarrassment to the Tennessee values that we all share. Marsha Blackburn's extremism is indicative of someone who relies on sowing fear and division, and if elected, would continue to push her partisanship even further in the Senate. Tennesseans deserve better, and Phil Bredesen is simply the right person for the job.”