A Clarksville business is cleaning up and assessing the damage after four cars were stolen from the property. 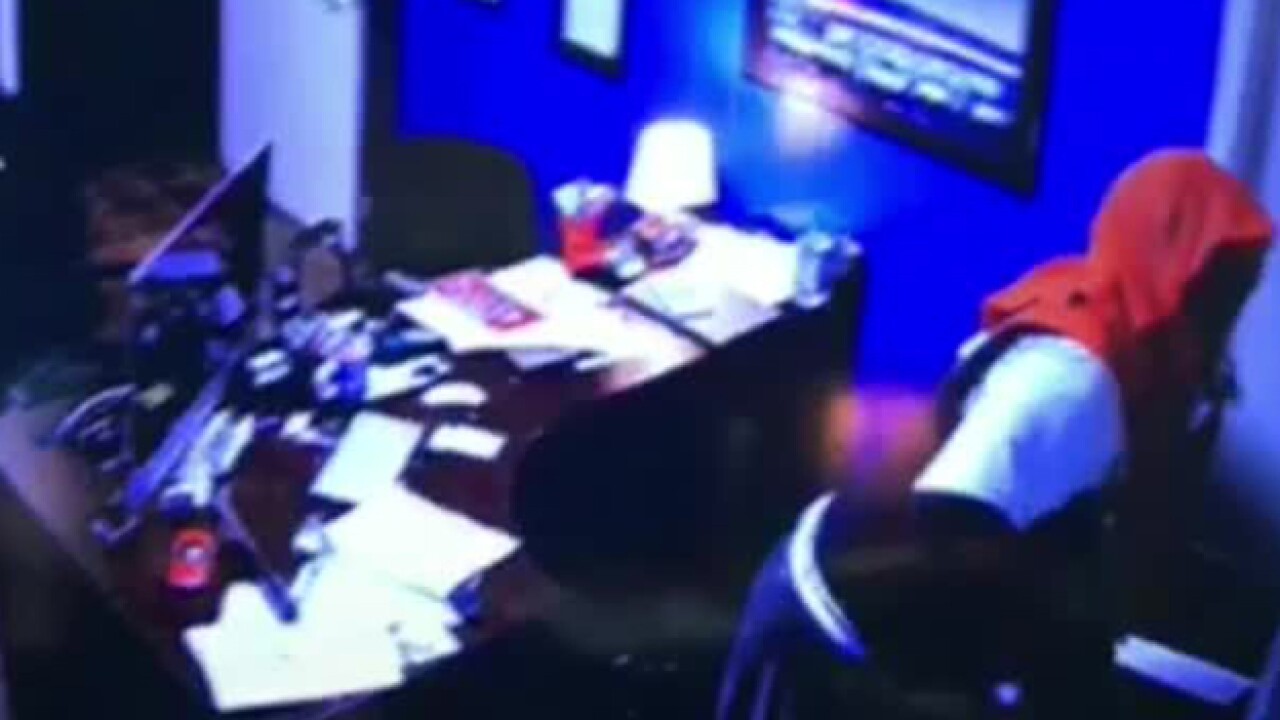 A Clarksville business is cleaning up and assessing the damage after four cars were stolen from the property.

Police say a total of eight vehicles were stolen in Clarksville early Monday morning.  Four were taken from Clarksville Auto Sales, and four more from two separate nearby homes.

Surveillance video from Clarksville Auto Sales shows multiple thieves wearing surgical masks and gloves break in through an office window with a hammer.  They spent more than four hours at the property, and came and went several times.  They got away with a black 2003 Chevrolet Tahoe, a maroon 2007 Chevrolet Suburban, a blue Chevrolet Corvette, and a 2014 Dodge Charger.  They also took about $1200 in cash, 16 sets of car keys, dealer plates and 37 vehicle titles.

Owner Stassin Sexton arrived on the property after a neighboring business alerted him to the crime.

“When I first pulled up, I saw a window busted out and glass everywhere,” said Sexton.  “I thought maybe it was vandals or something like that.  I started this business five years ago and I’ve never had anything like this happen.”

While on the property, the thieves also disconnected two separate security cameras.

Sexton said it will take a lot of time for the business to get duplicate titles for the stolen vehicles, and now there are multiple cars on his lot that can’t be sold without keys or titles.

On Glenridge Lane, the thieves stole a gray 2018 Nissan Rogue with the Tennessee tag 1K07P1.

Sexton said he believed the crimes were related, and was optimistic police would catch the people responsible soon.

“They’ve done a really good job,” said Sexton.  “I feel comfortable they will figure out what happened and who it was.”