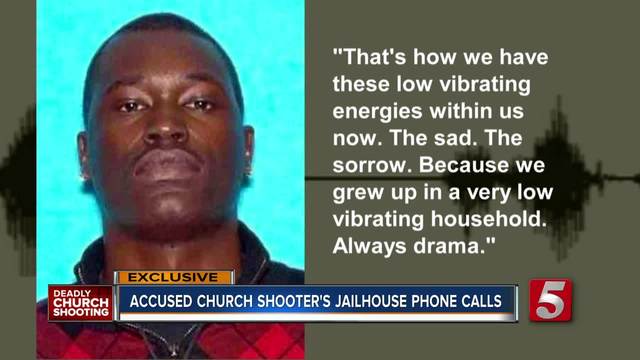 NewsChannel 5 listens to the more than 100 calls Emanuel Samson, the Antioch church shooting suspect, has made from jail. 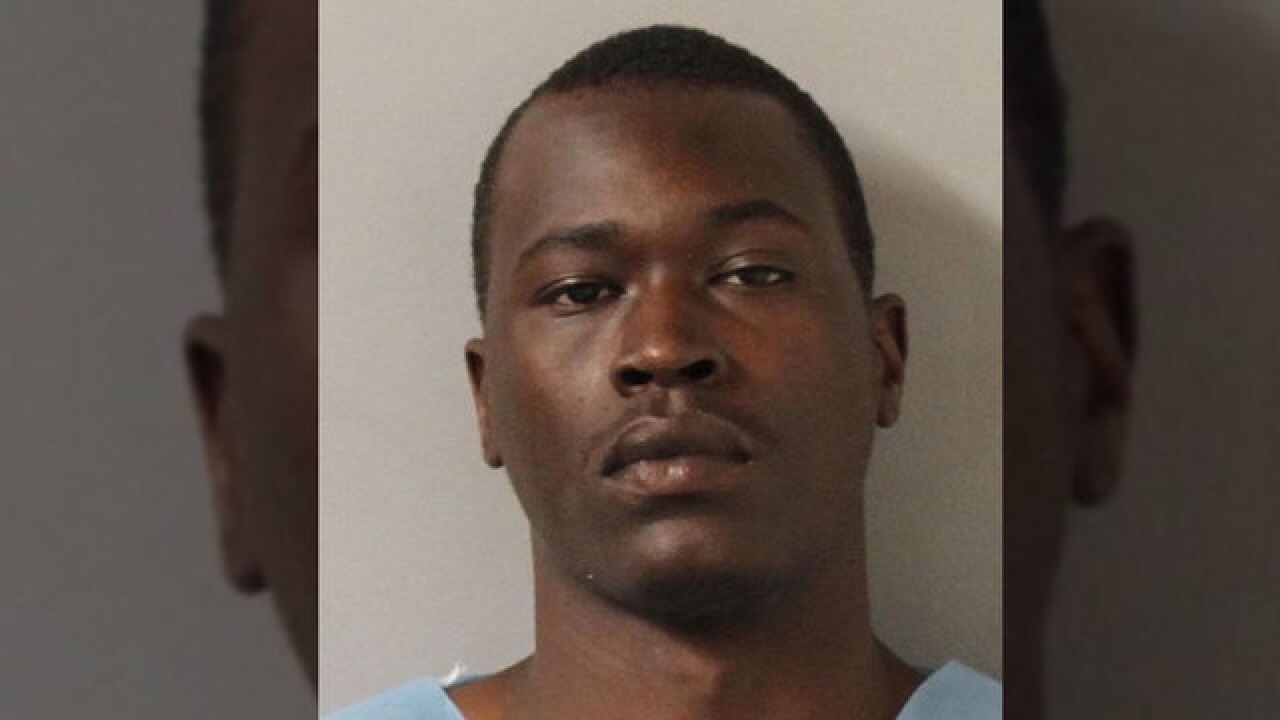 For the first time, we are hearing from the accused Antioch church shooter. Emanuel Samson is charged with killing one and injuring six others.

He's locked up, but makes calls from his cell and all of them are recorded. NewsChannel 5 obtained an exclusive copy of those recorded calls.

They provide a first look at the mindset of an accused murderer.

The 25-year-old Samson is being held in the Davidson County Jail. He's said very little to police, but Samson does plenty of talking by phone.

Samson's now spent the past month in the county jail – held without bond – and in this call he seems to be settling in.

"You know it's about meditating on the fact that I literally can't afford not to be strong. Period. By any means necessary," said Samson.

He's made more than 140 calls in the past month, mostly collect to friends and family. It seems he's been warned by his attorney not to talk about his case, though he may at times, speaking in what sounds like his native Sudanese language.

However, we did not hear Samson discuss the murder of Melanie Crow Smith or the other felony charges to come. In conversations – especially with a girlfriend – both she and Samson seem oblivious to the seriousness of the charges against him.

"Please dream about me baby. I dream about you every night," she said. "Aw, baby, we had so many plans for our future. You know?"

"And we still do. So many plans. Don't say we did because we still do," Samson told her. "I'm trying to keep my mind positive."

There were reports that Samson was suicidal in the months before the shooting at Burnette Chapel Church of Christ.

In one call, Samson talked about the gunshot wound he suffered to the leg during a scuffle with the church usher. There was a lot of blood. He thought he might die.

"When that happened? Did you think 'this is it… that I'm leaving,'" asked his girlfriend.

Investigators have pointed to Samson's troubled past. Samson himself talked about something he called vibrating energies – referring to a depressing childhood.

"That's how we have these low vibrating energies within us now. The sad. The sorrow. Because we grew up in a very low vibrating household. Always drama," said Samson.

Samson also talked about everything from his favorite video games to how a friend was doing in school. Not once do you hear him tell his family or friends he did not commit the crime.

The case against Samson is in the hands of the Grand Jury. Federal prosecutors are also still investigating whether this is a hate crime.