Lack of PPE's among concerns in letter to Congress 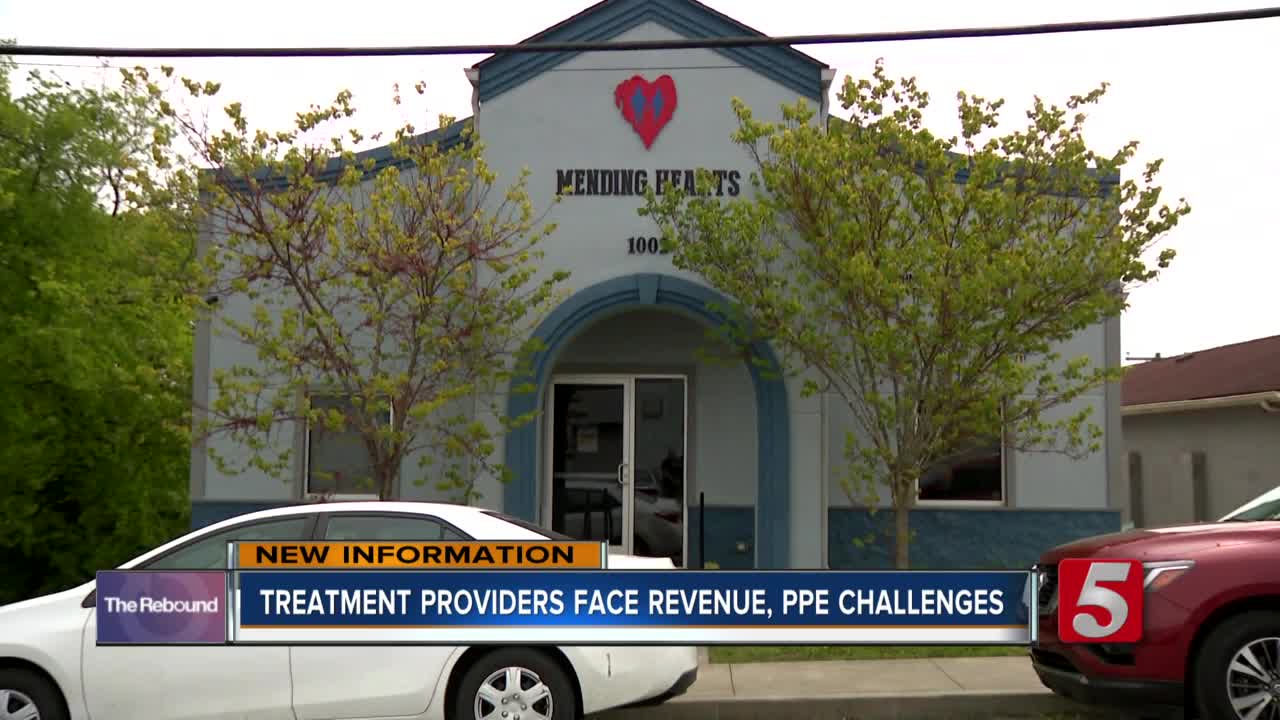 While Mending Hearts continues to serve dozens of women in vulnerable positions, Frierson is worried about finances. She expects by the end of June to have a deficit of $215,000. While the group is state funded, it is suffering from the decline of donations from major donors and partnering foundations. 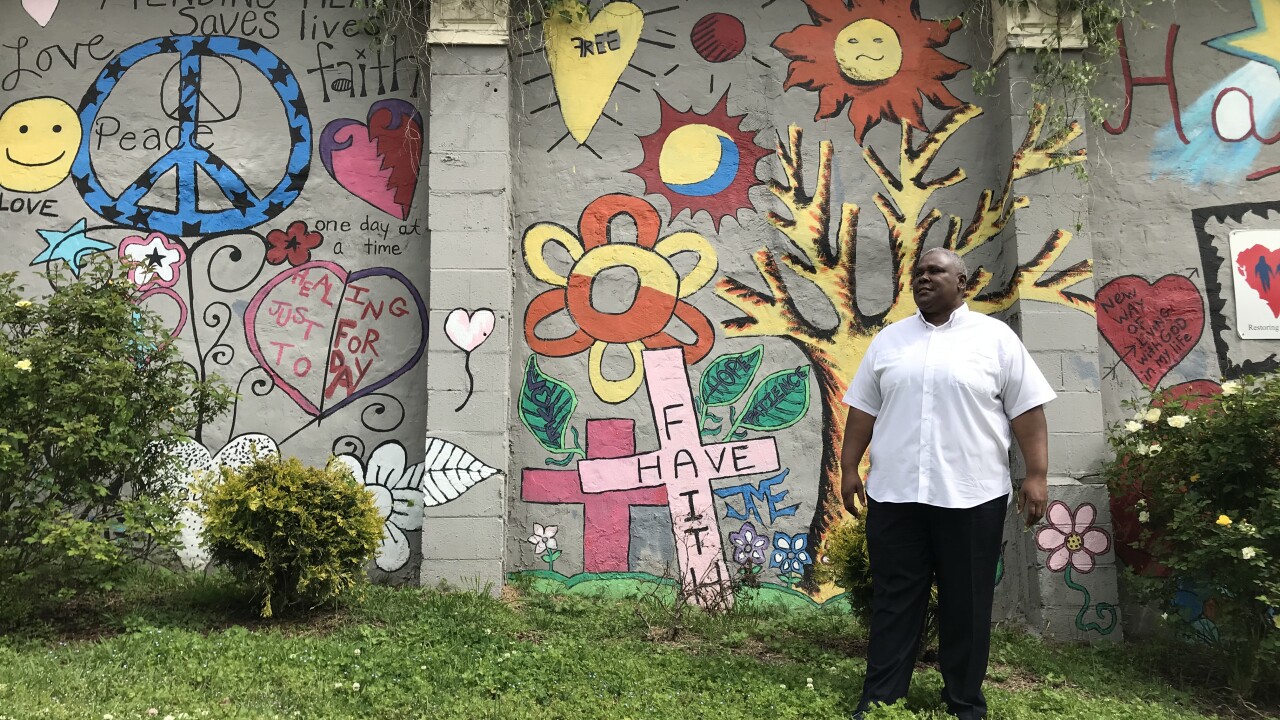 NASHVILLE, Tenn. (WTVF) — "We have to keep fighting the fight."

Katrina Frierson is determined to keep her nonprofit organization in the Nations functioning. Mending Hearts is one of many programs in Davison County that help people battle addiction issues, but the focus is on more than 100 indigent women, many of whom have been released from jail.

Like in many industries, COVID-19 has disrupted not only how the organization operates but paused the trajectory for many women looking to build a stable life.

"Our women are being laid off repeatedly. A lot of them can't get unemployment because they just started working a few months ago," Frierson said.

While Mending Hearts continues to serve dozens of women in vulnerable positions, Frierson is worried about finances. She expects by the end of June to have a deficit of $215,000. While the group is state funded, it is suffering from the decline of donations from major donors and partnering foundations.

"We don’t now what the next three to six months will look like, so, people really want to hold on to their funding," Frierson said.

The team is already paying more than the budget to supply women and staff with proper equipment to keep them safe. Mending Hearts placed an order with the state to receive personal protective equipment but only received half of the supply. Frierson said while there is an order and questions the arrival, they have yet to receive an invoice.

Frierson also reduced the workload for some employees and even let go a couple of them. She is now relying on an approved SBA application of $200,000 to last for the next two months. The money will add some much needed relief after moments of stress and uncertainty.

"There was a need for isolation for three of our women. We had to empty out an apartment to make that an isolation station. We still have to man that with staff that we don’t have the contract or dollars to support," she mentioned.

In a letter sent to members of the U.S. Congress including Senator Lamar Alexander, Mary Linden Salter of the Tennessee Association of Alcohol, Drug & other Addiction Services listed concerns she cited as putting an already overburdened system at an even greater risk. Salter is worried more people are going to die of an overdose if funding continues to lack.

TAADAS has 80 organizations, both state funded and private, including Mending Hearts and surveyed them about their growing needs.

Despite the importance of personal protective equipment, the letter stated there were not enough PPE's to supply providers to last two months. Several providers claimed they never received their order of equipment from the Tennessee Emergency Management Agency while others report receipts of anywhere from 15 percent of their requests to almost half. Salter said several items received were not appropriate to handle COVID-19 exposure.

TEMA Spokesperson Dean Flener sent a statement saying after speaking TAADAS, Tennessee Department of Mental Health and Substance Abuse Services and Tennessee Association of Mental Health Services, "the survey referenced in the letter is not representative of the vast majority of State-contracted providers receiving PPE."

Flener went on to say, "Tennessee’s Unified Command Group has worked closely with State partners, such as the Tennessee Department of Mental Health and Substance Abuse, to make sure their care providers have PPE to protect staff members and can continue to serve those under their care who have COVID-19." (Scroll to the bottom for the rest of the statement.)

Another concern was the decreased number of staff due to care-taking responsibilities at home or having to treat their own COVID-19 symptoms or diagnoses. As a result, worry is mounting on the added workload and pressure on existing staff.

While calls for help remain high, Salter said the volume of people wanting treatment declined significantly since March 11. Many people are opting out of admittance and courts have slowed mandated treatment for addiction related offenses. A drop in revenue and decline in admissions have put agencies at risk of closing, and in turn, reduce the number of treatment options available.

Many providers were not able to receive federal funding and could face reducing programs or closing facilities.

Virtual meetings a new normal but not ideal

The letter also mentioned how even though telehealth has become a standard to help treat patients, software and equipment is an ongoing need to meet demands. Providers are spending more to provide this treatment, some of which demand long term contracts or maintenance agreements.

Telehealth services that help with outpatient care may not be the best fit for everyone.

Jay Crosson of Cumberland Heights, a private not for profit organization that provides a variety of treatment services, said all of the outpatient services have converted to telehealth virtually overnight. The inpatient facility still provides a community setting but has adapted to meet safety guidelines.

Crosson is aware how despite providing virtual programs, a personal interaction can be more effective.

"The disease of addiction thrives in isolation. So what are we doing? We're telling everyone to isolate themselves," Crosson said. " I think it's hard when there's people that yearn to shake the hands of the newcomer and pat somebody on the back just to see a friendly face without it being a brady bunch of people all on your computer."

Cumberland Heights is also seeing a slightly decrease in the number of patients in its inpatient facility. The center has 137 beds available but only half is full. While fear plays a factor, Crosson also contributes it to a new facility that serves adolescents.

"From a revenue perspective it would be better if we had a higher census because normally at this time of the year we would be 90 or 95," he said.

Cumberland Heights, a member of TAADAS as well, has not laid off or furloughed any of the 400-plus employees. It was able to receive $4 million through the PPP which should help the more than dozen sites across Tennessee.

Rest of the statement from TEMA:

While every state is working to make up the diminished PPE capacity of their health care workers, the State of Tennessee has placed a higher emphasis on private sector partnerships, donations, and entrepreneurial innovation to meet our State’s medical and PPE supply needs.

With fellow states facing pressing PPE challenges, Tennessee has worked to limit our use of federal sources and utilize other channels first, to work through our normal State procurement process, and to coordinate at the county level to get PPE to providers of direct patient care, to first responders, and to those caring for confined populations.

The State has made approximately $81 million in PPE purchases to date and purchased, or placed on order, 36 million PPE items. We’ve also delivered more than 3,371 shipments of PPE to all 95 Tennessee counties.