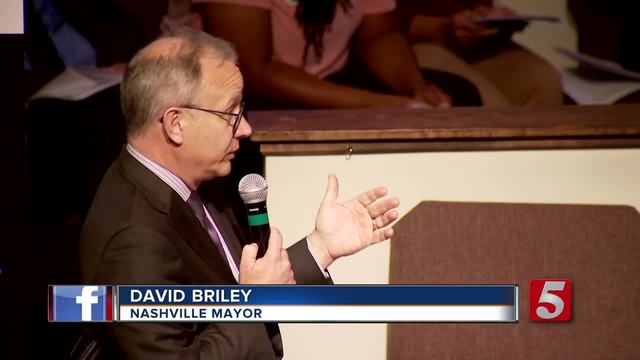 Regaining the trust and accountability from Nashville-Davidson County leaders was the focus at an annual Nashville Organized for Action and Hope meeting. 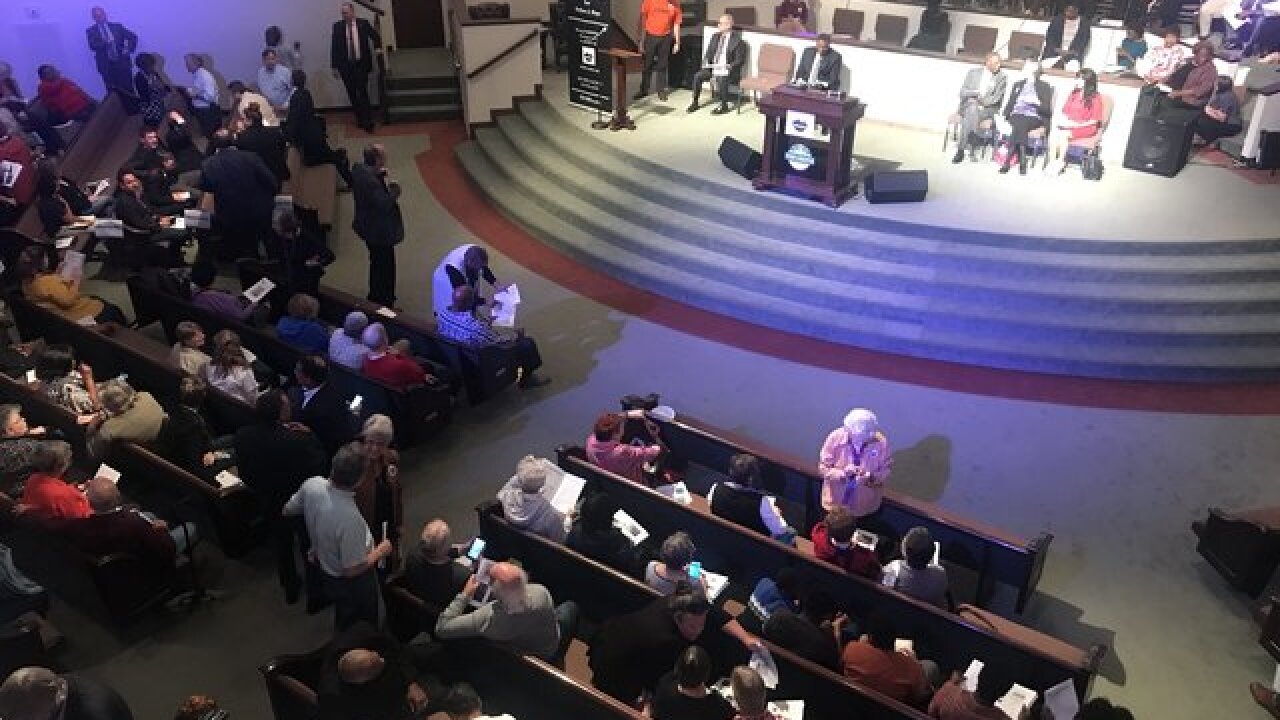 Regaining the trust and accountability from Nashville-Davidson County leaders was the focus at an annual Nashville Organized for Action and Hope meeting.

The meeting was held at Watson Grove Baptist Church on Sunday afternoon.

President of NOAH Edward Thompson said regaining trust starts with acknowledging there's a
problem, not just talking about it.

"The city is booming but there is still a lot of poverty,' Thompson said who move to Nashville in 1991.

NOAH members asked the mayor if he would commit to including a property tax rate adjustment for next year's budget to ensure the city is properly funded and that everyone, particularly the more affluent, are paying their fair share.

"We go with these items that have more benefit to visitors and tourists than they do to our residents and we have to prioritize our local residents," Affordable Housing Task Force Paulette Coleman said.

Briley responded in part by saying the root cause of the affordable housing issue is not just the cost of housing but 40 years of wage stagnation in our community and nation.

"We are limited in terms of how we can tax and we will probably have to go to the state legislature to do that and I am ready, willing and able to go up to the legislature with NOAH to create a source of revenue that is persistent, that will not go away. So that we can focus on affordable housing for the next decades," Briley said.

A report on affordable housing stated Nashville's shortage of housing units may reach 31,000 by 2025.

The mayor acknowledged inheriting a budget shortfall from the previous administration but said he is committed to providing positive change.

Before the end of the meeting --- Briley was asked to share the preliminary Policing Project report's findings before the November 6th election.

Briley said the community should turn to the Driving While Black study --- which looks into racial profiling --- until then.

The Policing Project findings will be released on Nov. 19th.