Neighbors will continue their fight against fuel terminal despite commission vote 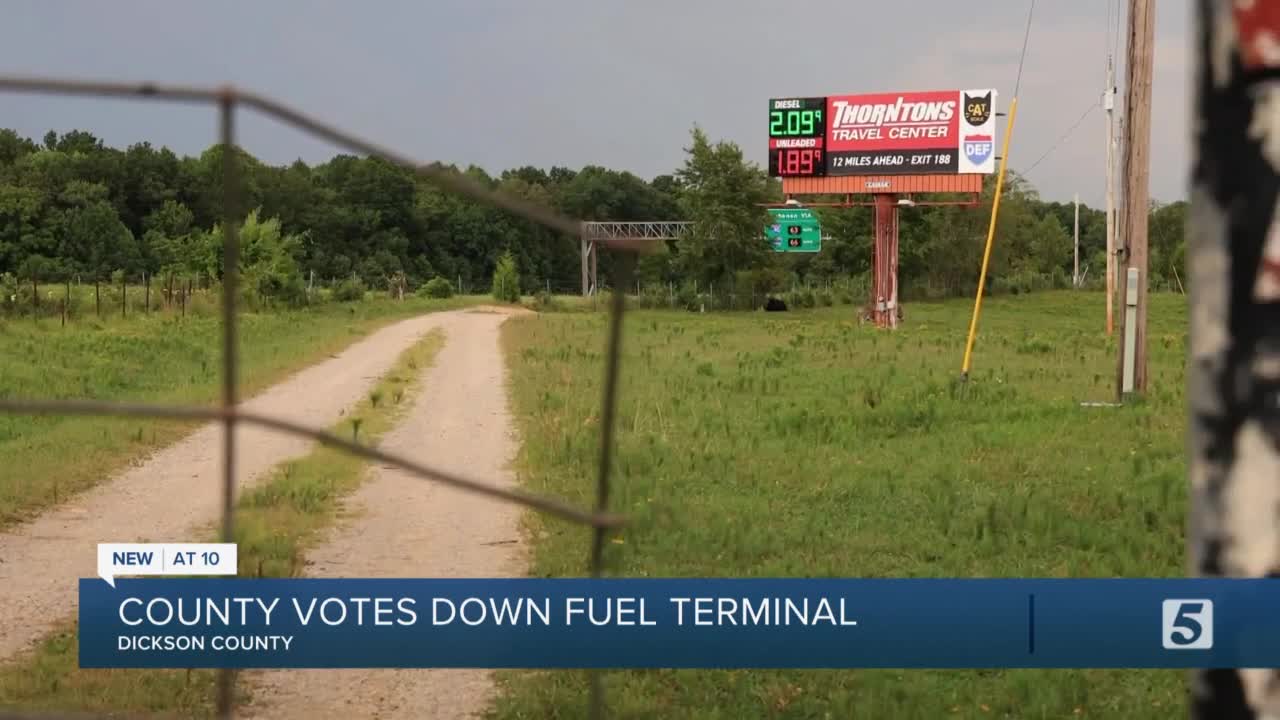 The Dickson County Planning Commission voted against a controversial plan to build a fuel facility near Interstate 40, a major win for groups who oppose the proposal. 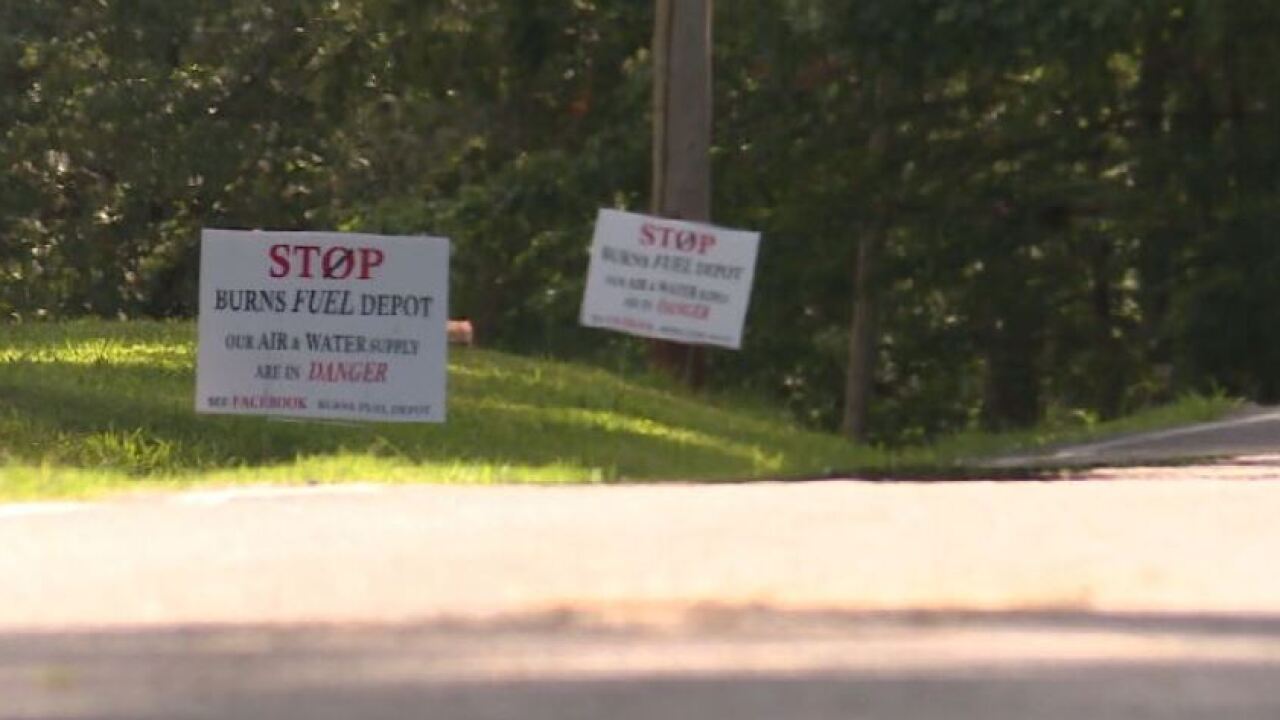 DICKSON COUNTY, Tenn. (WTVF) — On Thursday, the Dickson County Planning Commission voted against a plan to build a fuel facility near Interstate 40, a major win for groups who oppose the proposal.

The fuel terminal is being planned by the company Titan Partners, and would pipe in and store fuel from the Midwest using existing pipelines. In previous interviews with NewsChannel 5, the company said the project will bring jobs and millions of dollars in tax revenue to Dickson County. Tanker trucks would transport the fuel stored at the terminal to mid-state gas stations.

But people who live near the site worry about the facility's possible environmental impact, especially its proximity to waterways.

"They want to build this site on a hill that was only 600 yards down to Nails Creek, and then Nails Creek runs into Turbull Creek," John Reuter, who lives a few blocks from the proposed site said. "Dickson county gets 40 percent of its water from Turnbull Creek."

Reuter and other neighbors have also raised concerns about the noise and air pollution that would come with hundreds of semi-trucks that will be using the fuel terminal.

Over the last several weeks, concern about the project has spread. Signs urging people to stand against the fuel terminal dot streets across Dickson and a Facebook group for people opposing the plan has grown to five thousand members.

The Dickson County Planning Commission initially approved the site plan in April. On Thursday, the commissioners revisited the project after groups raised concerns about the first vote, arguing that enough notice was not given to people who lived near the proposed terminal site.

Lawyers for the county disagreed with the complaint but said a way to remedy the situation would be to vote again. During Thursday's vote, the plan failed by a vote of 6-4.

Reuter, along with dozens of protesters, were watching the virtual meeting from outside of the county courthouse.

"It was, it was just joy everywhere in the streets," Reuter said when asked about the reaction to the vote.

But Reuter said the group's work isn't done, saying he expects Titan Partners to appeal the decision, possibly taking the issue to court.

On Friday, Titan Partners confirmed that it is not giving up on the project. The company gave NewsChannel 5 a statement in reaction to the planning commission's ruling:

“Titan Partners is disappointed with the Planning Commission’s decision. However, we continue moving ahead on several key aspects of the project while we evaluate the best path forward to secure all necessary approvals. We appreciate the growing support from state and regional stakeholders – including the strong backing of the Nashville/Middle Tennessee Building and Construction Trades Council – who recognize the important economic benefits our project will create for the Dickson County community.”