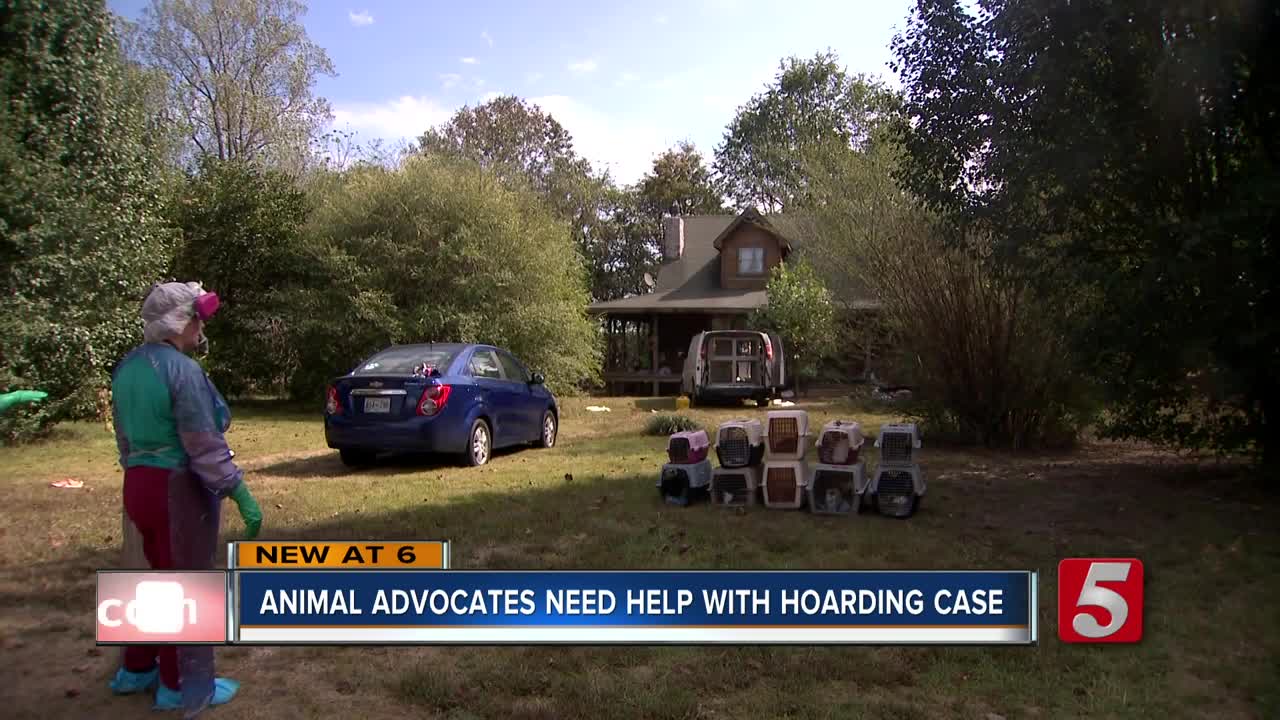 Two women in Clay County need help saving animals from a hoarding situation right now. An elderly woman who lived at the home has been taken to hospice and the animals have been surrendered. 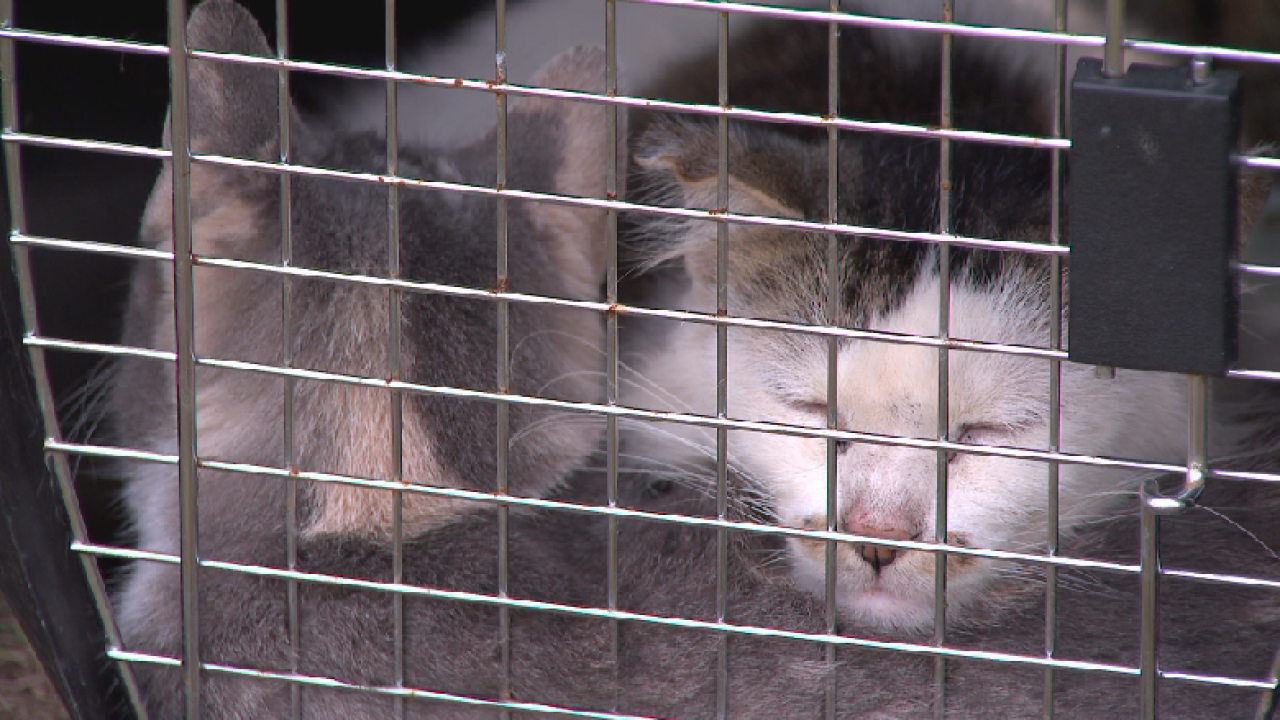 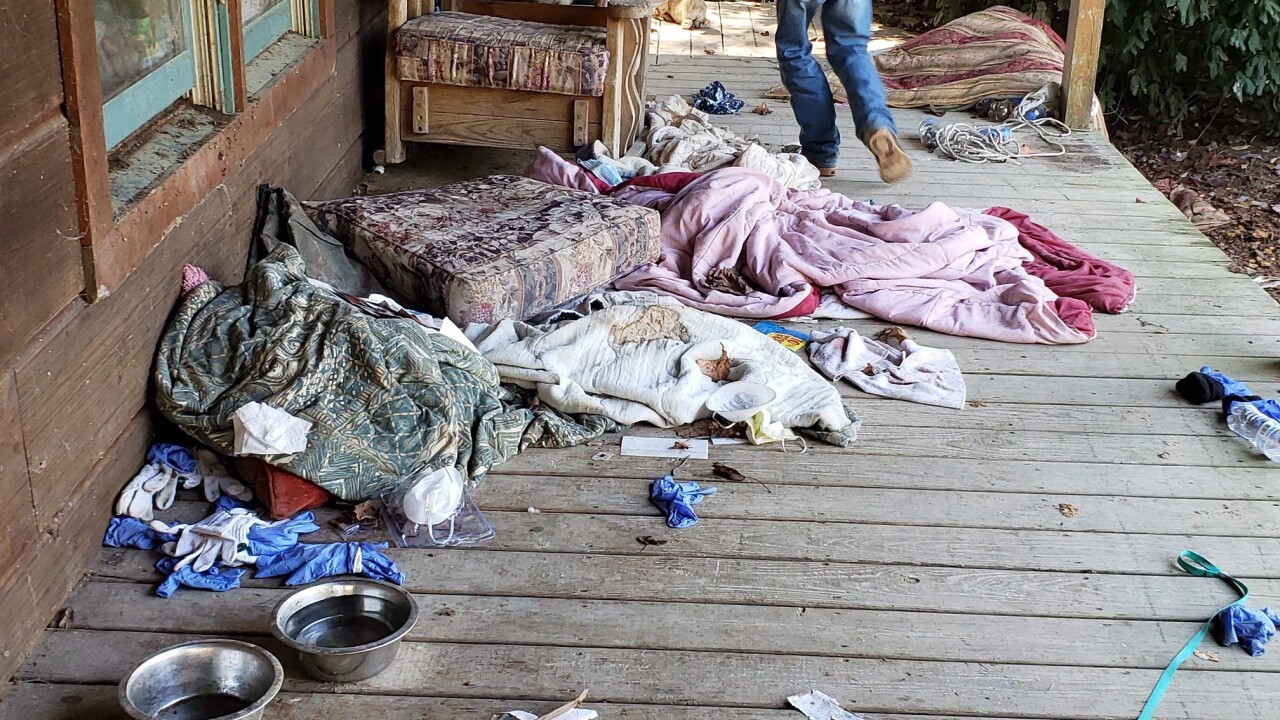 RED BOILING SPRINGS, Tenn. (WTVF) — Update: After our story aired, the Nashville Cat Welfare Coalition and Music City Animal Advocates stepped in to help more of the cats. They're actively looking for fosters, or a rescue to take 6 of the cats, as well as help paying for the cats' medical bills. You can donate to their PayPal.

Two women in Clay County need help saving animals from a hoarding situation right now. An elderly woman who lived at the home has been taken to hospice and the animals have been surrendered.

There’s not an animal shelter in Clay County so two Good Samaritans are trying to do everything on their own. Several deceased animals have been found on the property. Several dogs have been taken to a rescue, but there’s still an unknown amount of cats that are still in the home, and around the property. The sheriff has been desperately calling various organizations for help with the situation but most places aren’t taking cats right now.

"Dead cats are everywhere. There’s dead pigs out in the field," Jenny Workman said, "It’s horrible. I mean it’s so deplorable in there. The house, it’s a beautiful house, but it’s going to have to be demolished. There’s feces everywhere, the ammonia smell in the house is through the roof."

On Thursday they took 16 cats to a local clinic for help. Jenny Workman and Pam Stout stepped up to help because no one else would. Pam operates a small rescue called Back Road Rescue Brigade.

The elderly woman is now getting medical care.

"None of this was malicious," Stout said.

There's still an unknown amount of cats on the property.

Workman said, "Probably about 7 more in there, and not sure on this side of the house."

They're exhausted, and now they're hoping someone with rescue experience can help find the remaining animals before it's too late.

"I’ve contacted everybody that I know to contact, Pam’s been contacting people that she knows just trying to get some help for these cats because it’s a death sentence for them," Workman said.

If you have experience trapping cats and can help these women please call (931) 397-5411 or email backroadrescuebrigade@gmail.com. You can send donations to that email account via PayPal.

NewsChannel5's Alexandra Koehn is working on the story and will have more at 6 p.m.

WARNING: The additional images below from the home may be disturbing to some.