Gunman's note: “Dylann Roof is less than nothing;" says shooting was "vengeance" for Charleston 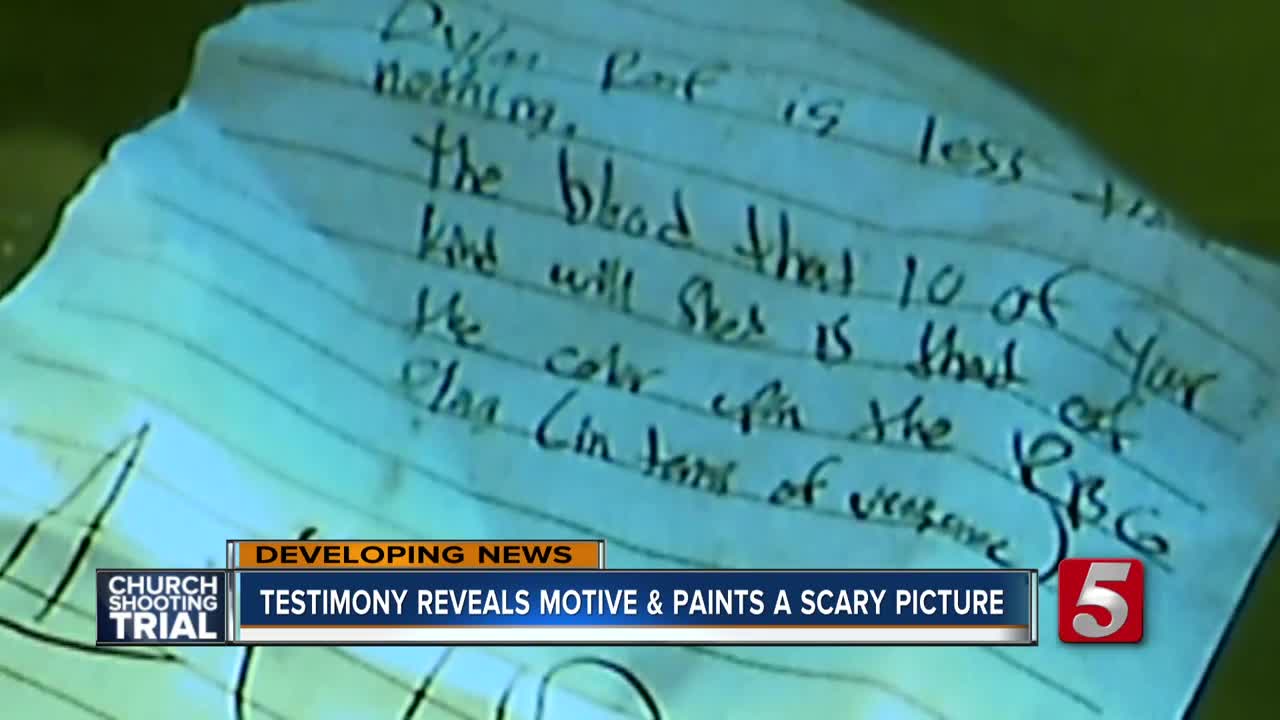 More witnesses testified Tuesday, one day after several church members took the stand to explain their injuries and identify the man who shot them. A key piece of evidence shown was a note found in Samson's car saying the Antioch shooting was "vengeance" for the Charleston church shooting. 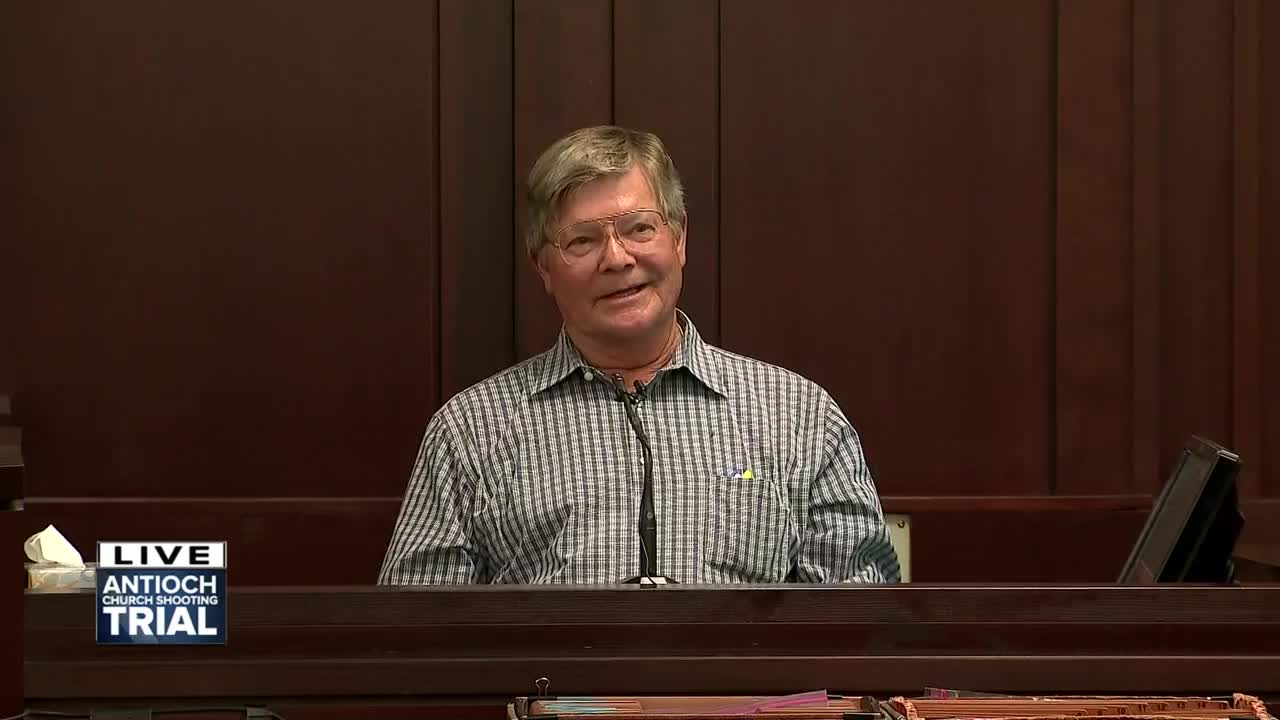 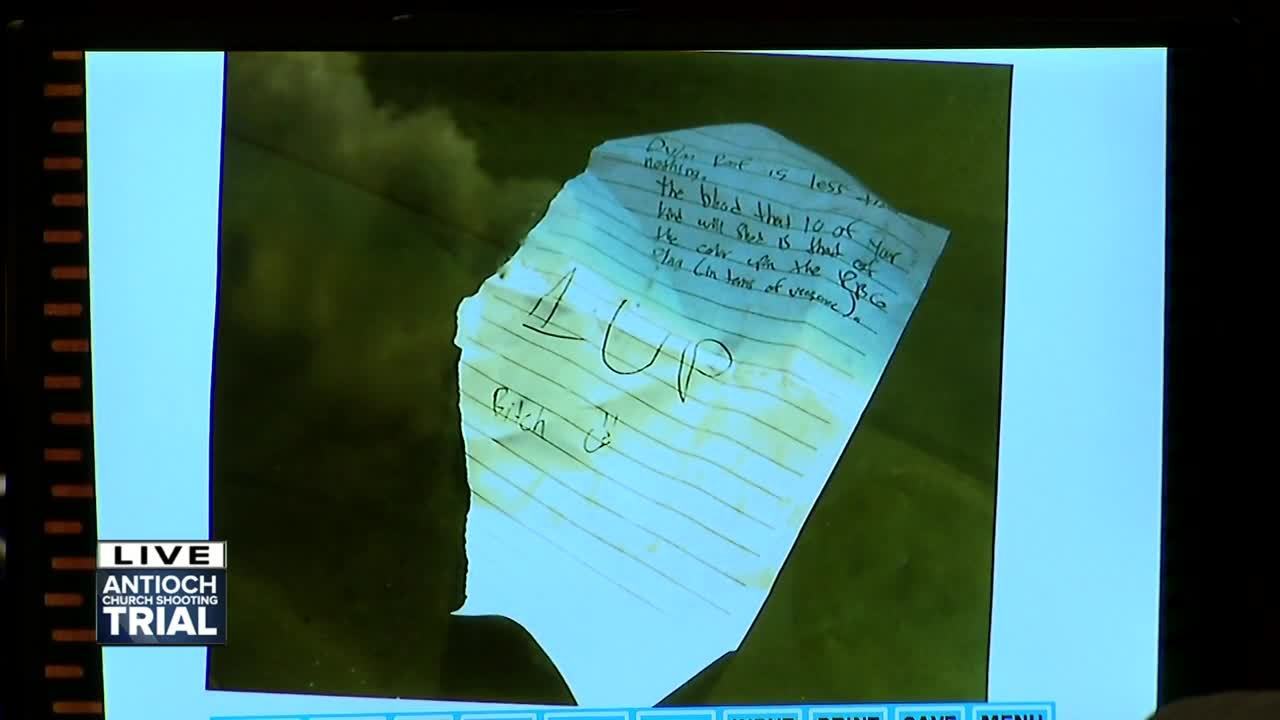 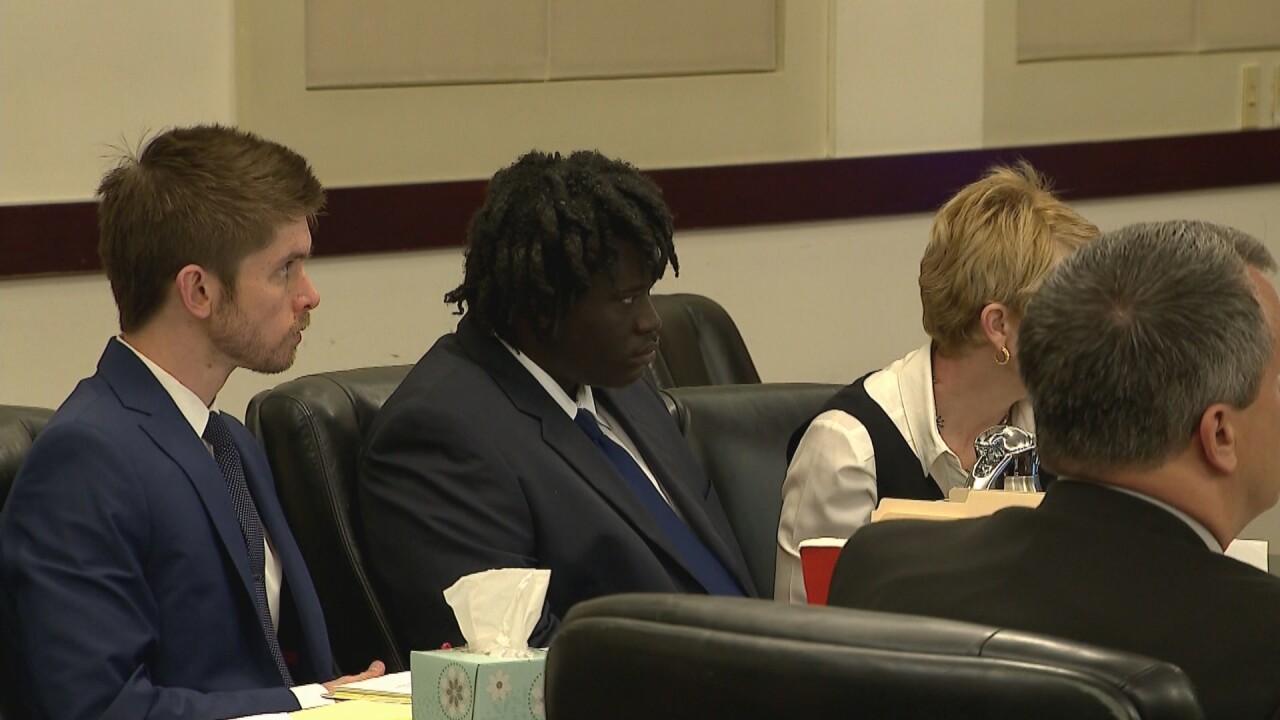 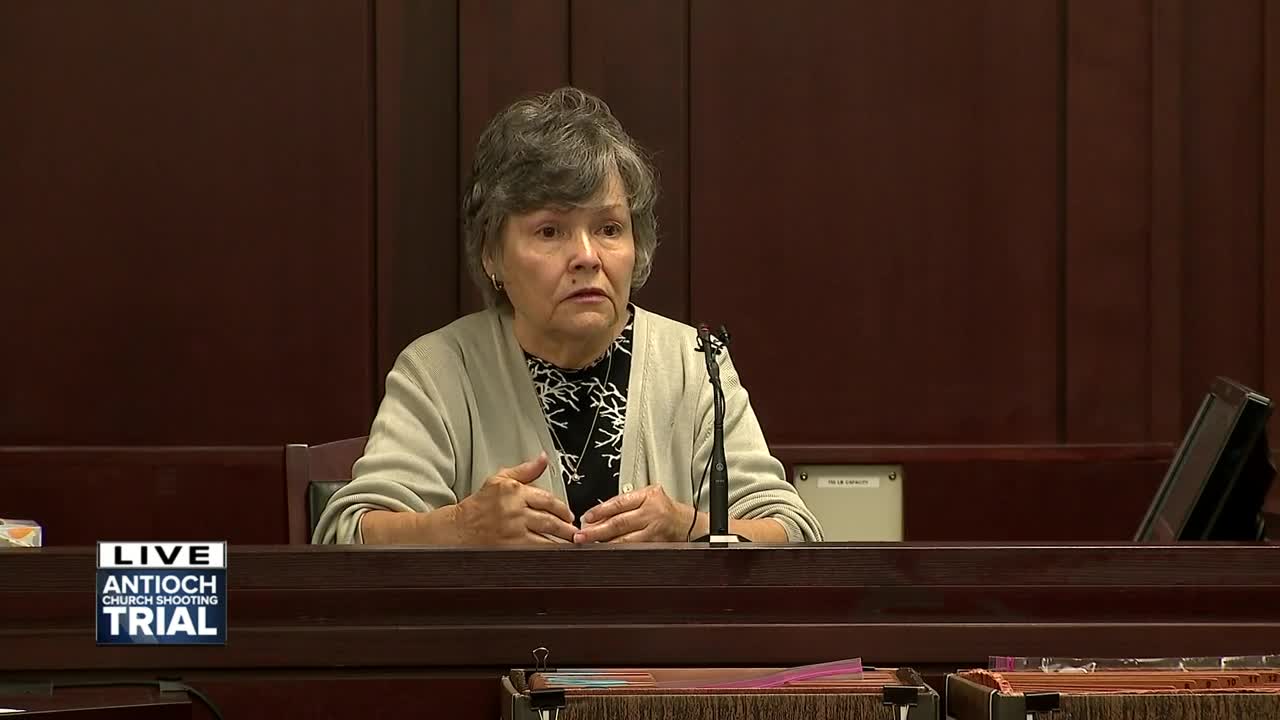 Opening statements began Monday morning in the trial of Emanuel Samson, who allegedly opened fire at the Burnette Chapel Church of Christ in Antioch on September 24, 2017.

Melanie Crow, age 39, was fatally shot in the church parking lot. Several others were injured, including Minister Joey Spann and usher Robert Engle, who was able to subdue the gunman until authorities arrived.

On Tuesday, Metro Nashville Police Officer Blake Lutz took the stand first. He was one of the officers to respond to the scene to help clear the church, and detailed how he combed through the building with his gun drawn in case of a second shooter.

Lutz recalled going to each room, clearing hallways and getting adults and children who were hiding out in the church. He mentioned a young girl screaming when he opened the door to the nursery.

Officer Jaime Scruggs testified that when he arrived, he saw a blue Nissan Xterra still running outside of the church and found a note in front of the steering on the dashboard.

“Dylann Roof is less than nothing, the blood that 10 of your kind will shed is that of the color of the RBG flag (in terms of vengence). One up b****." At the end of the sentence was a smiley face.

Scruggs said there was a trail of blood drops, a Bible, and some church pamphlets that had blood on it outside of the SUV.

Investigator Courtney Bouchie showed the jury evidence she collected from the scene, including the ripped paper from a notebook found in Samson’s vehicle. She also held up the shirt Samson wore that had prints of three body targets on it.

Bouchie showed a black tactical vest that she said belonged to Samson.

Jurors also saw Melanie Crow’s blood stained purse that showed where the bullet pierced it. Her aunt, Wilma Crow, took the stand and said Melanie was feeling under the weather that day and left the service, fearing she was disturbing the congregation because she kept coughing.

When the shooting began, Wilma Crow said she escaped through the side of the door and hid behind a shed at a house next door.

“You can hear gunshots, crying, hollering and a lot of racket," she said. "Then all of a sudden things got real quiet.”

After the shooting stopped, church members led Crow to her niece, Melanie, who was lying on the ground near her car.

"'Is this Melanie?' and I’m looking at up, 'where?' And she was pointing to the ground, and Melanie was on the ground on the side. Her hair covered her face, and that spot that big of blood where she bled out," she said.

Armilla Bishop, a church member, testified to hearing popping noises. She said she yelled, “That’s gunshots!” Almost immediately members in the back of the room tried to get to the front.

She re-enacted the position she said the gunman took when firing a few times at the back of the church.

She and other church members took the stand Tuesday to explain that Samson and the guys he came with were active in the church. “We loved them, they were sweet," Bishop explained.

Church member, Jimmy Merritt, also took the stand and said he was glad to see the group of young men attending church but didn't know why they had stopped coming.

He said he heard the shots being fired. He initially thought it was a drive-by shooting or an incident in the parking lot, but he shortly then heard the gunshots inside and the screams of people inside.

"I thought about running, but thought 'well, I can't run.' There was nothing I could do so I turned around, put my arm up on the pew and said a prayer," Merritt said on the stand.

He said he prayed until the gunman stopped shooting and had been taken down by another church member. At that point he turned to see the aftermath of several of his fellow church members injured and bleeding.

"Were you in fear that you could have been hurt with the gun on that day," the prosecution asked.

"Oh I thought I was fixing to die," Merritt responded.

More than 40 witnesses testified during the trial. Samson faces 43 charges in the case, including civil rights intimidation and murder.