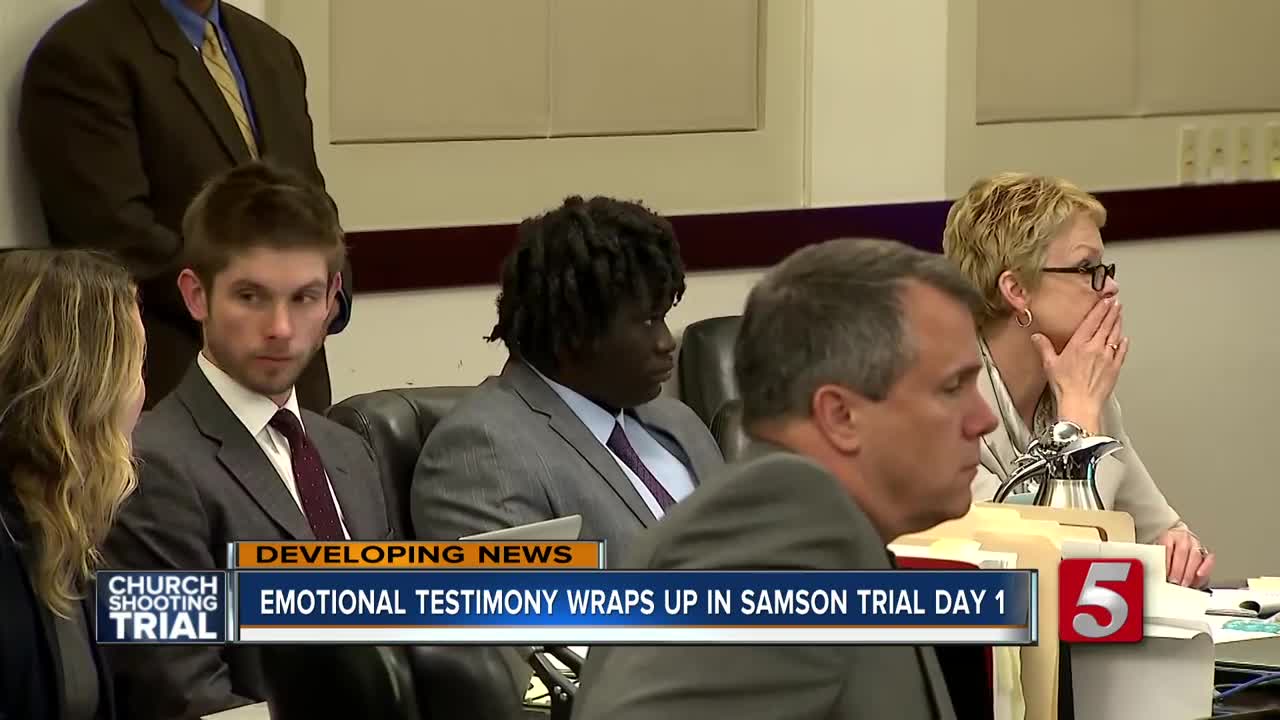 Several witnesses took the stand in day one of the Emanuel Samson trial in Nashville. 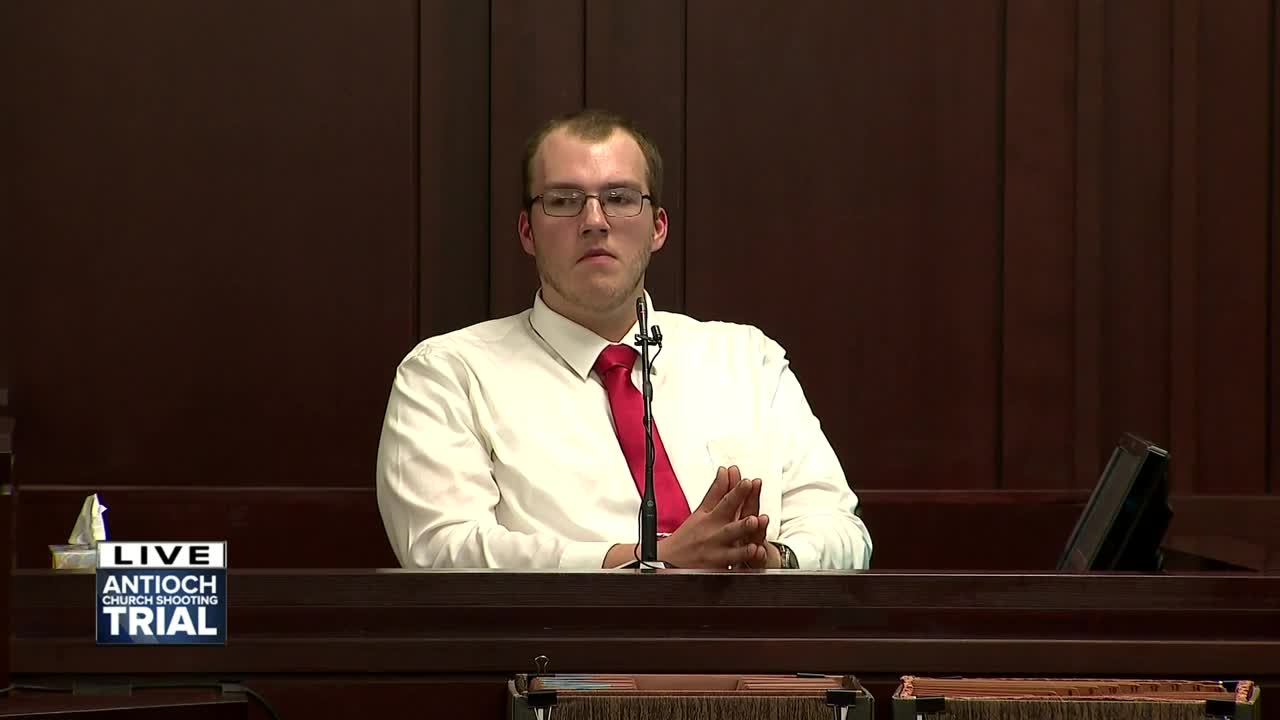 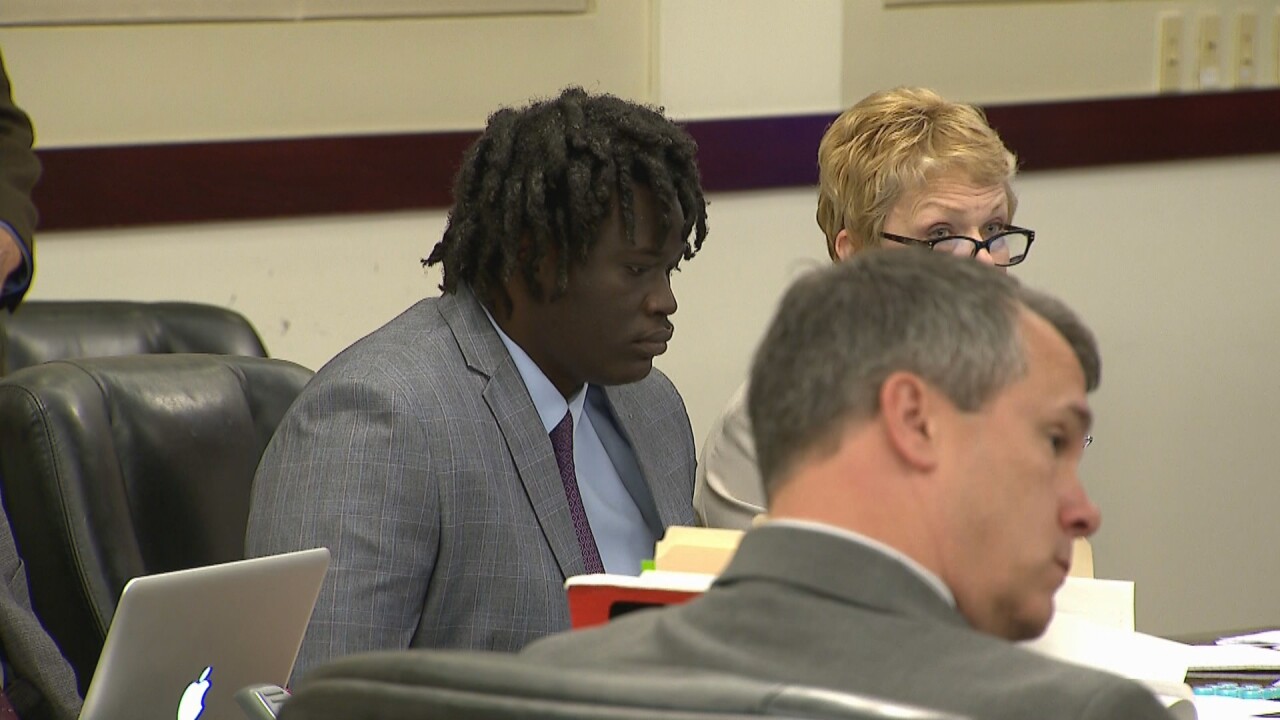 NASHVILLE, Tenn. (WTVF) — The trial for a man accused of killing one and injuring others in a shooting at an Antioch church has officially begun.

Opening statements began Monday morning in the trial of Emanuel Samson, who allegedly opened fire at the Burnette Chapel Church of Christ in Antioch on September 24, 2017.

The state opened its case by referencing a note left in Samson’s SUV claiming he wanted to kill 10 white churchgoers, a reference to the Charleston, South Carolina church massacre in which Dylann Roof murdered nine black churchgoers.

Deputy District Attorney Amy Hunter detailed how Melanie Crow, age 39, was fatally shot in the church parking lot. Several others were injured, including Minister Joey Spann and usher Robert Engle, who was able to subdue the gunman until authorities arrived.

Hunter said Samson, who had attended the church before with his family, left his car running and wore a mask and tactical vest.

Burnette Chapel Church of Christ Minister Joey Spann had his hand by his face as suspect Emanuel Samson walked in. Samson is wearing a suit and tie. @NC5 pic.twitter.com/UCyJao4Mv0

Defense attorney Jennifer Thompson is expected to have Samson’s girlfriend take the stand at some point. In her opening remarks, Thompson said Samson showed signs of depression leading up to the birth of his first child. Thompson said he was suicidal and wanted to die that day.

As witness testimony began, Melanie Crow’s daughter, Breana Smith, took the stand and brought along a picture of her mother to show the jury. The second witness to take the stand was Peggy Hope, who left the church and heard three gunshots. She first thought they were firecrackers.

"... I pulled around to the next driveway, went to come back and when I did is when I saw the young lady in the parking lot. That’s when I realized something had happened," she said.

Catherine Dickerson was one of the church members who was wounded during the attack. Dickerson testified that after being shot in the leg, she laid under the water fountain and put her purse over her face to play dead.

Sgt. Roy McElwee is on the stand who responded to the church after Sgt. Geoff Odom. “People were running covered in blood.” @NC5

Metro Nashville Police Sgt. Geoffrey Odom, who was the first officer to respond to the church, said he walked into the vestibule and saw victims on the ground asking for help. Odom testified that he walked into the sanctuary and at first, thought the usher who had the gunman down was the suspect.

He told the jury he threw a prayer box at Samson in an effort to stop him, but the box bounced off of the accused gunman.

Spann was shot in the chest and left hand. He said his finger was dangling from his hand and that he thought he was dying. He ultimately recovered but lost his finger due to the injury.

Robert "Caleb" Engle was labeled as the hero in this shooting. He said he wrestled Samson to the ground, stopping him from continuing to fire shots.

He told the jury he first noticed something was wrong when he hear what he thought was fireworks going off in the church. But he turned to see the man he identified as Samson wearing a black coat and holding a gun.

Engle said he tried to grab Samson's weapon from behind, but missed him, grabbing his jacket instead.

That's when he said Samson pistol whipped him three times. But Engle explained that he continued to wrestle him until he heard a gunshot and Samson fell to the floor. The prosecution also walked him through several pictures of the church and damage.

Several other church members took the stand to explain their injuries and identify Samson as the man who shot them.

Samson faces 43 charges in the case, including civil rights intimidation and murder.

Back in April, a psychiatrist testified that Samson did have a schizoaffective disorder and post traumatic stress disorder from an abusive upbringing.

This is a developing story. NewsChannel 5 will have live Gavel-to-Gavel coverage throughout the trial. You can also follow reporter Matthew Torres (@NC5_MTorres) for updates.