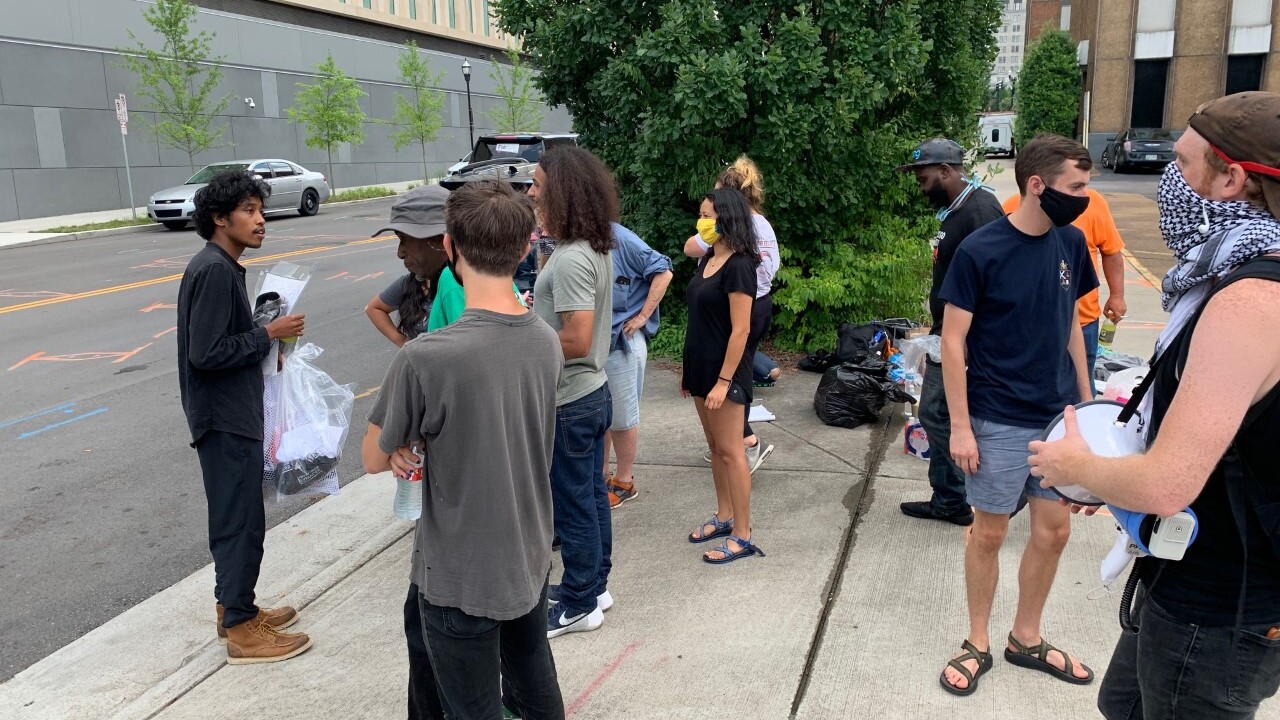 NASHVILLE, Tenn. (WTVF) — Arrests at Legislative Plaza continue, as some question what is considered criminal trespassing?

More than 60 people were arrested Tuesday evening, with many protesters facing a charge of criminal trespassing, disorderly conduct or both.

Since demonstrators first began organizing outside Legislative Plaza on June 12, there have been more than 100 people arrested. More often than not, protesters were hauled away by Tennessee Highway Patrol troopers and later released and handed a citation.

The charge for the overwhelming majority of cases was criminal trespassing, which is a misdemeanor. This time, people were booked and processed. Some of whom spent hours in holding cells until they were released.

“It was a really disgusting and dehumanizing experience,” said Niti Sharan of Nashville.

Several of the demonstrators gathered outside the Davidson County Jail waiting for their friends, colleagues and even complete strangers who were caught in the middle of the incident.

Dylon Irons showed up well after the first wave of protesters were taken into custody. At the time, Legislative Plaza was empty; so he grabbed a seat waiting for everyone to return.

“I was literally just reading a math textbook and I hear somebody say, here they come and all of a sudden we’re surrounded by troopers. Next thing I know, my hands are behind my back,” said Irons.

Attorney Rob McKinney of May & McKinney says he’s decided to take on the case of criminal trespassing Pro Bono. He’s convinced that what he’s seen so far from the protesters, doesn’t rise to the level of a crime.

When asked to interpret criminal trespassing, he described the following:

“If they do something to interfere with the business of the state of Tennessee like blocking traffic, blocking ingress and egress into the building or doing something to disturb the state,” said McKinney.

Protesters say they walked the sidewalks around the building as they have on past nights. Some protesters walked to the barricades in front of the Capitol building, but they say it’s part of an ongoing agreement with Tennessee Highway Patrol. After 11 P.M., protesters compromised with THP to step away from the entrance and return to Legislative Plaza.

McKinney says there are two defenses he can think of to fight these specific charges. The first of which is if the demonstrators were warned and left immediately. The second is if the protesters had a reasonable expectation that they were on public property. The first may not apply, but the second leaves room for the argument that protesters believe they were within their rights to stay where they were.

McKinney says making an arrest then is left up to the arresting officer, but he suspects this decision came from the top.

“This seems like just a new page out of the playbook to suppress people’s rights to protest peacefully,” said McKinney.

Sunday will mark one month since protesters first rallied at Legislative Plaza. They say they will remain every day until they get one or both of their demands met. The first being an audience with Governor Bill Lee, with the second being the removal of the Nathan Bedford Forrest bust from the Capitol building.

The State Capitol Commission will vote on whether to remove the bust or leave it where it stands.