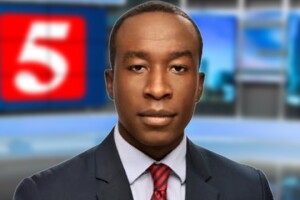 For as long as he can remember, Levi’s been in front of or behind a camera producing everything from short films, to the stories you now see every day on NewsChannel 5.

You’ll see Levi covering the latest in The Rebound, helping you to navigate life in and after the COVID-19 pandemic.

An Emmy award-winning reporter, Levi joins us from his last stop in Houston where he covered the city’s clean up efforts post Hurricane Harvey and the Santa Fe school shooting of 2018.

Levi’s interview with a student who had been shot in the head and lived to share his heroic story was one part of his teams National Edward R. Murrow award-winning breaking news coverage.

With stops at WBBH-TV in Florida and KIMT-TV in Iowa, Levi’s built a reputation for compelling investigations on such issues as domestic abuse and the neglect of environmental concerns in disadvantaged communities.

Levi was born in Cairo, Egypt and still speaks Arabic (his first language) at home. His family hails from South Sudan, where they immigrated to Minnesota when Levi was seven.

There he attended the University of St. Thomas in St. Paul, where he played football for four years and became president of student-led performance arts group PULSE.

Levi now calls Nashville home, where he plans on making the most of being in yet another city known for great barbecue.

You’ll find Levi around the city with a camera in his hands, otherwise he’s watching his Vikings try their hardest not to disappoint.