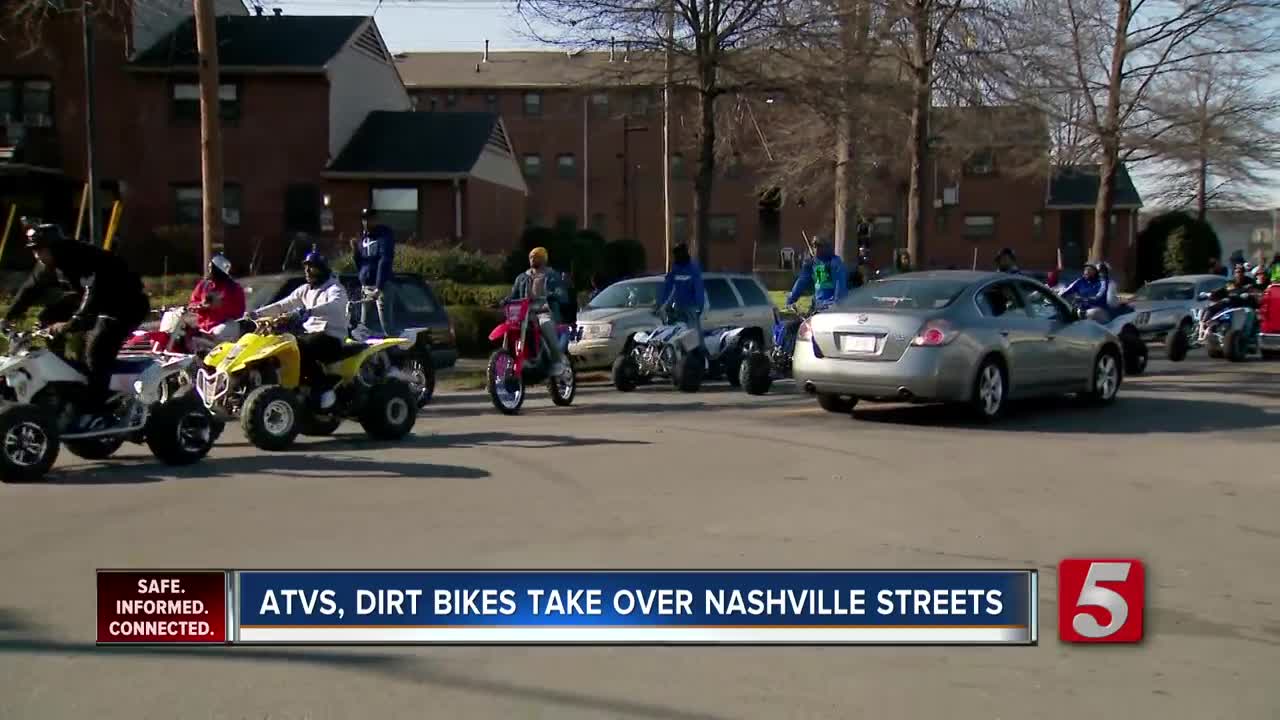 Police are working to control a group of unruly drivers on ATVs who are illegally driving on major roads throughout Nashville on Sunday. 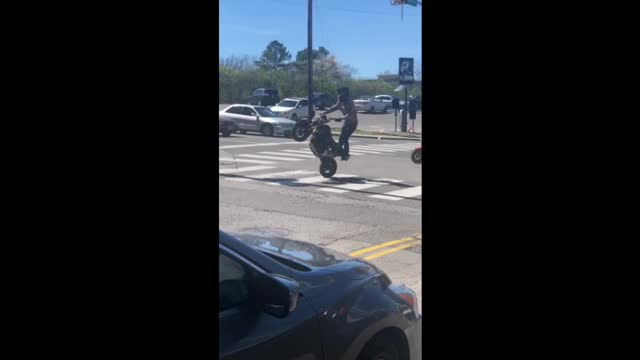 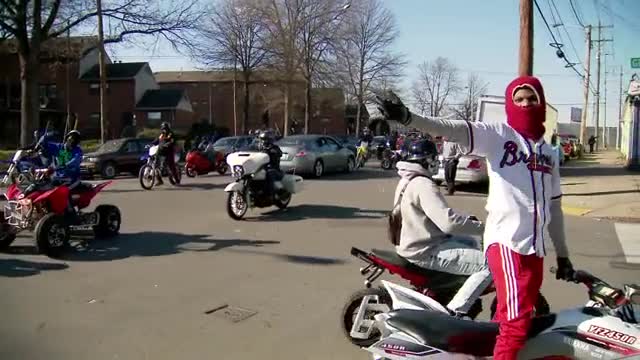 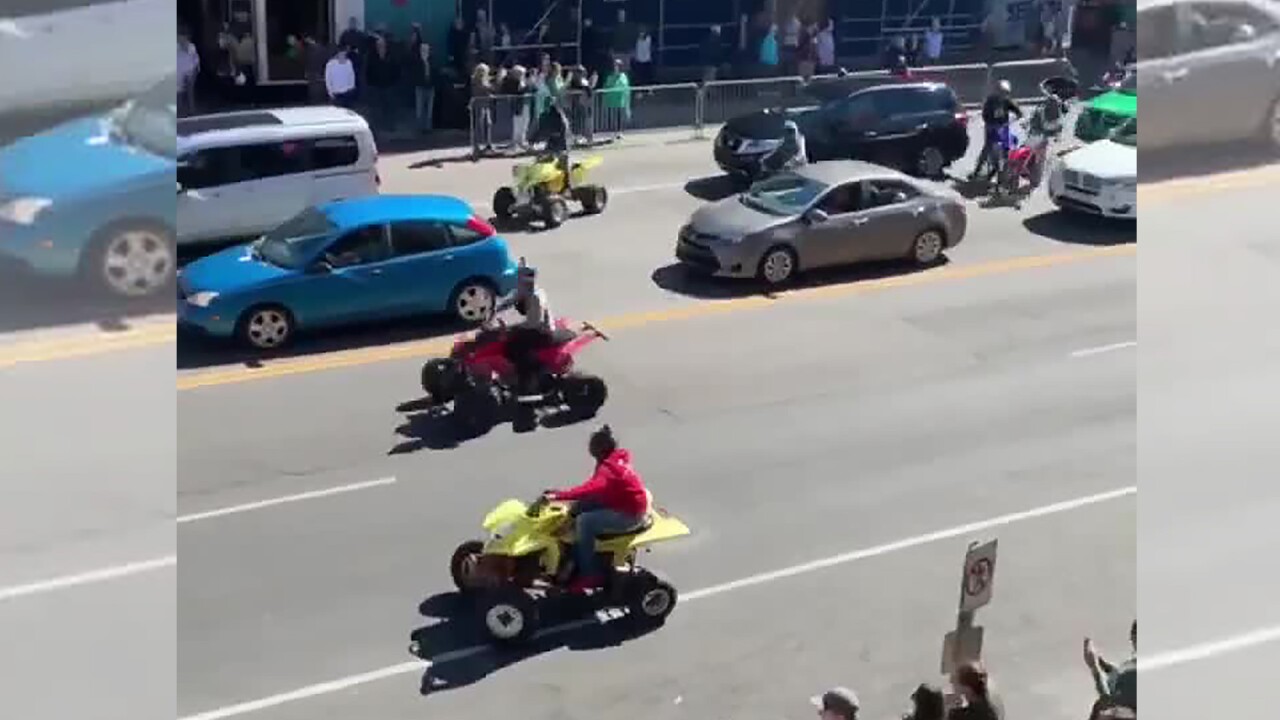 NASHVILLE, Tenn. (WTVF) — Police are working to control a group of unruly drivers on ATVs who illegally drove on major roads throughout Nashville on Sunday.

This was the second day in a row that police have attempted to control the off-road vehicles but have struggled to do so.

On Saturday, an officer was dragged down Broadway in an attempt to stop one of the 4 wheelers.

This pursuit proves difficult as ATVs can easily weave through traffic as well as on and off the roadways.

But making roads unsafe for others isn't the only problem these drivers are causing in the city.

An accident involving one of the off-road vehicles at Maplewood and Dickerson Pike around 3 p.m. was followed by the driver being robbed of his cell phone by a fellow ATV driver.

An NC5 photojournalist spotted a group of the vehicles on Charles E Davis. Additionally there has been another confirmed sighting on the Shelby Avenue bridge around 4:30 p.m. on Sunday.

"They're in everybody's neighborhoods!" LaShonda Parks-Bailey said about the groups of riders. She said on Sunday morning, she watched as one of the ATVs crashed into her son's car while they were on their way to church.

"He lost control of the four wheeler and it flipped over on my sons car," she explained. "They ran up the street, got on a bike with another one of the riders a black truck pulled up, scooped everything up and they just went up on their day like nothing ever happened." She estimated the damage to the car was around $3,000.

Parks-Bailey said she's grateful nobody was seriously injured, but worries if nothing is done to stop the riders, things will get worse.

"They're putting not only themselves in danger, but innocent bystanders," she said.

Currently a pursuit is ongoing as is the search for the suspect who struck MNPD Sgt. John Bourque on Saturday.

Mayor David Briley gave a statement regarding the ATVs in the city and the incident with Sgt. Bourque and said the safety of our police is a top concern for him and he is monitoring the situation closely.