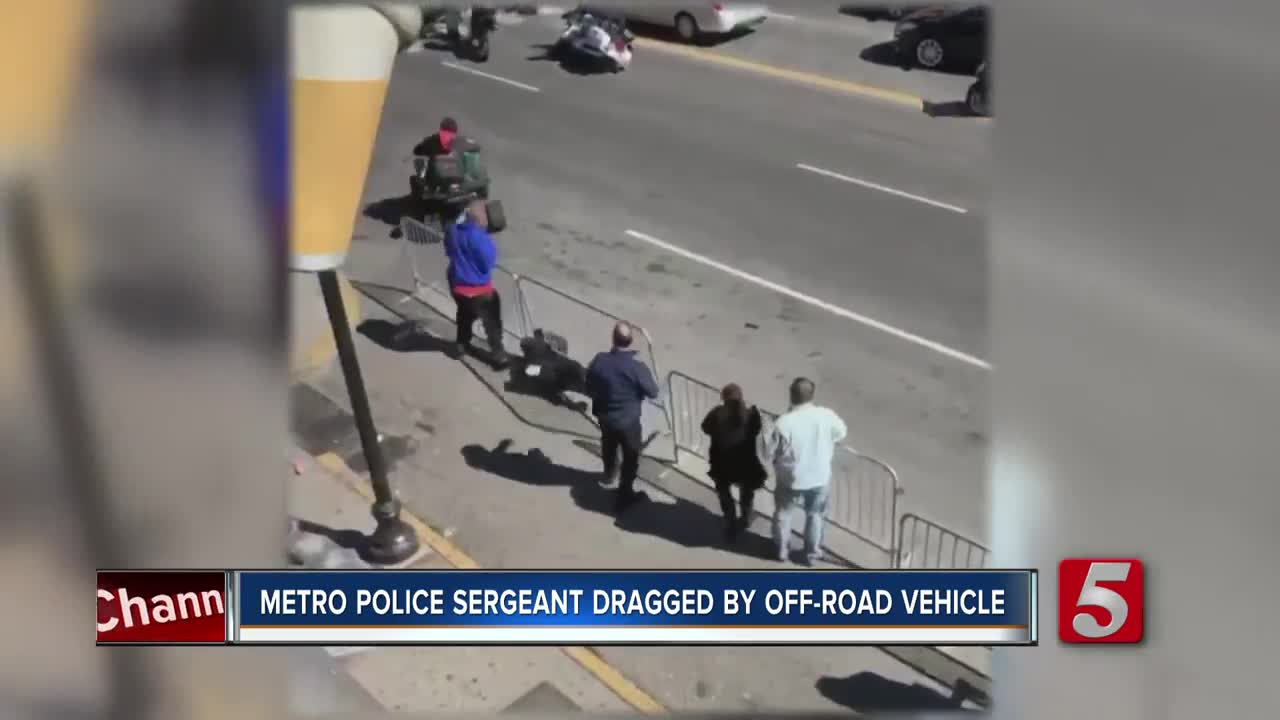 A Metro police officer has been injured after he was struck by an off-road vehicle late Saturday afternoon. 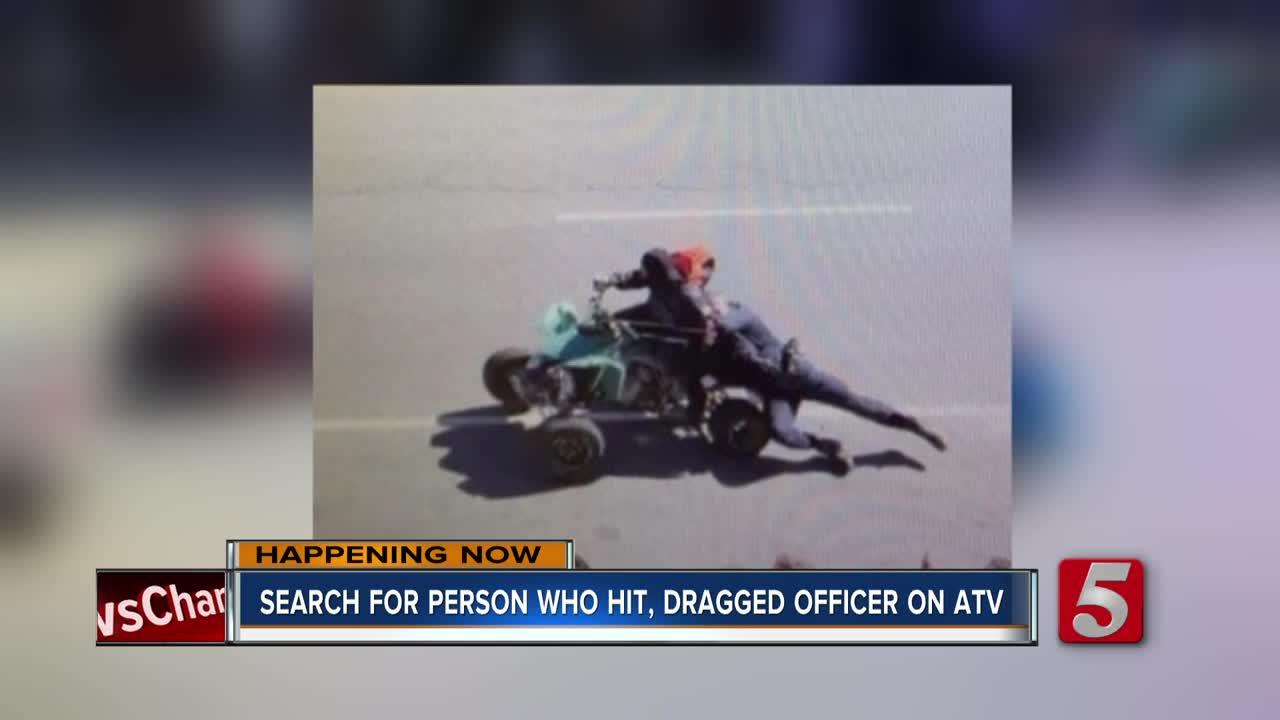 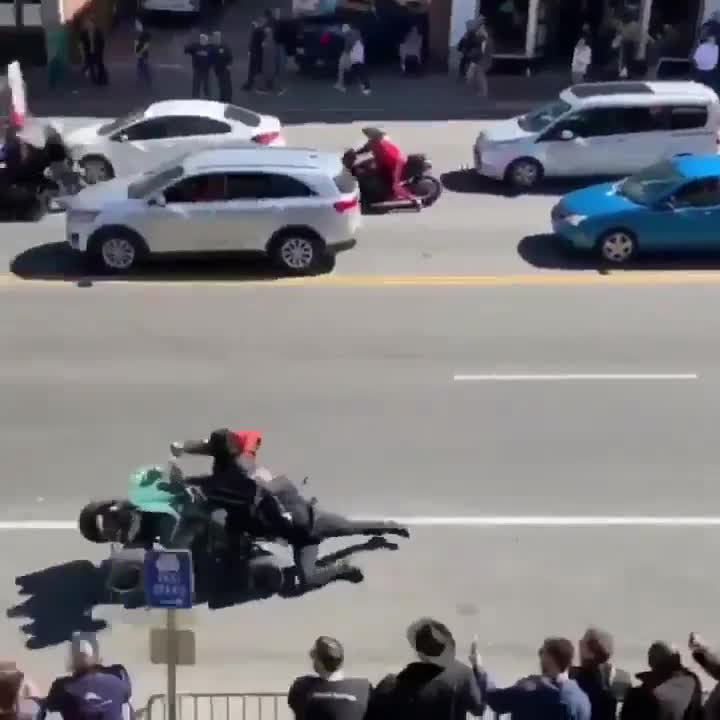 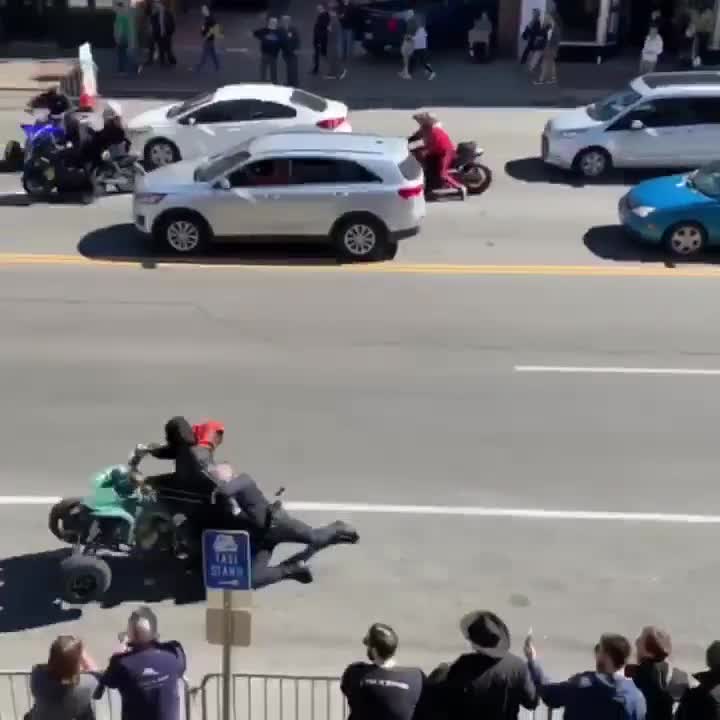 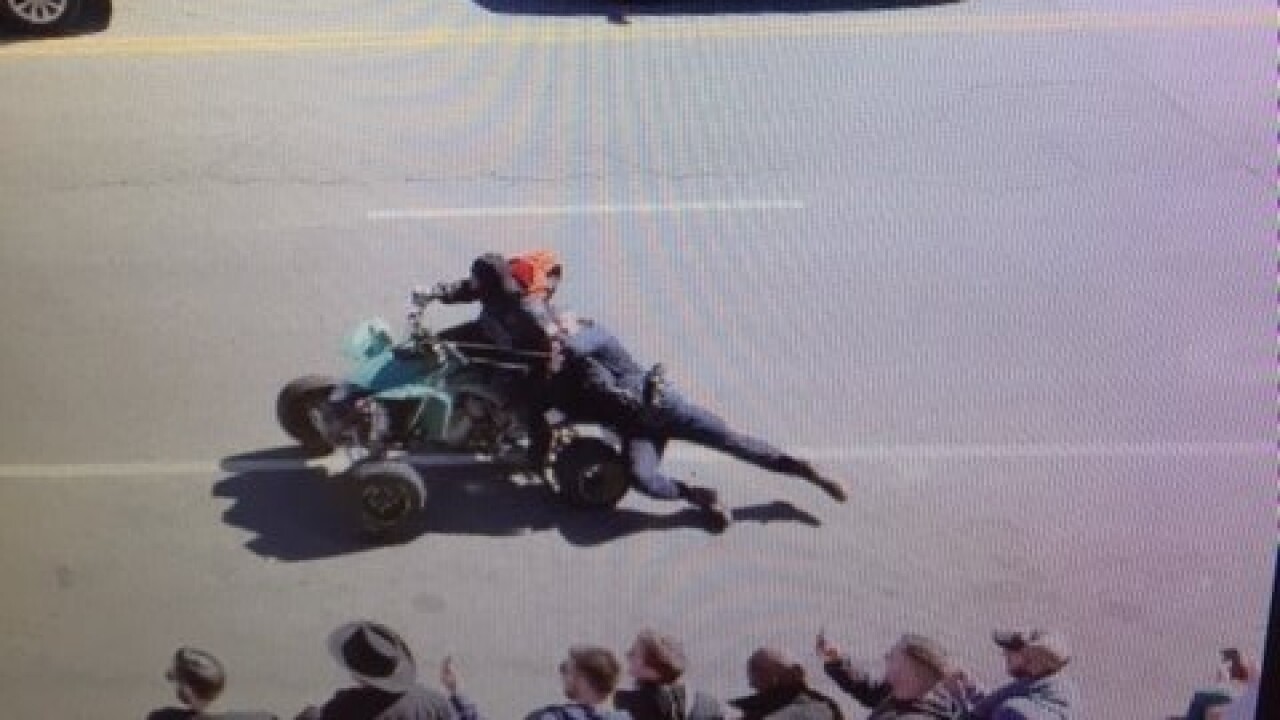 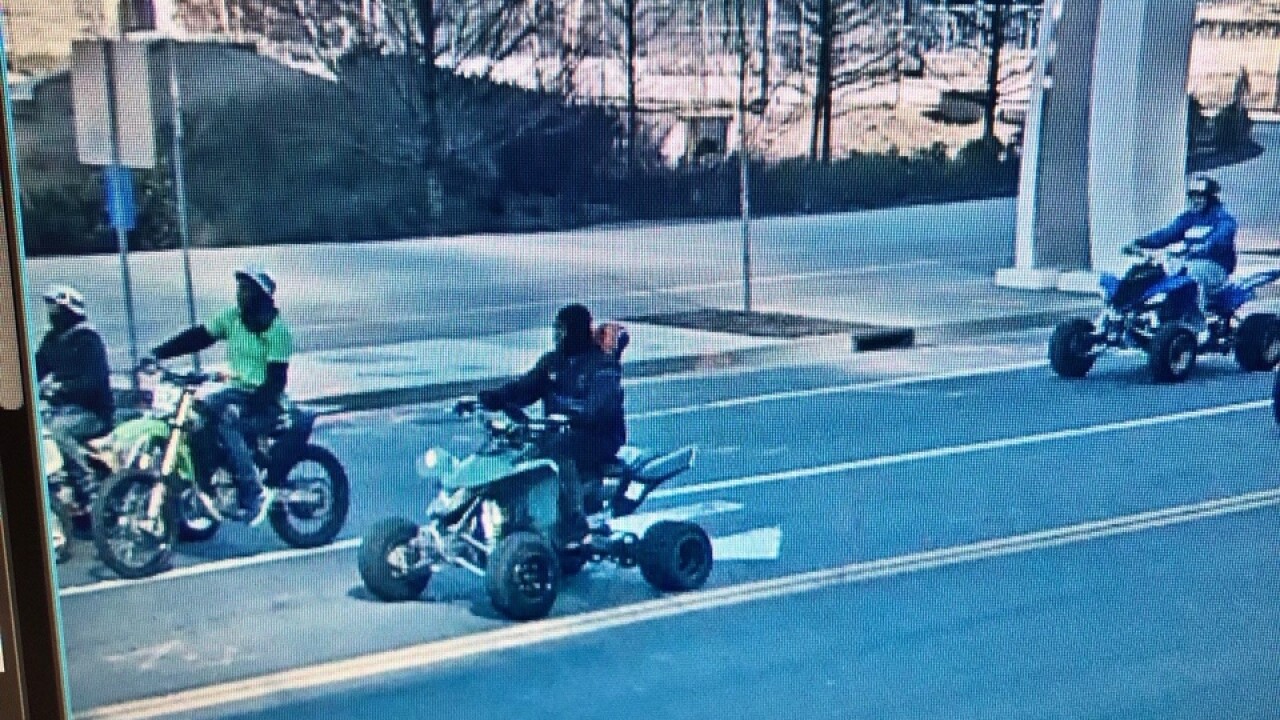 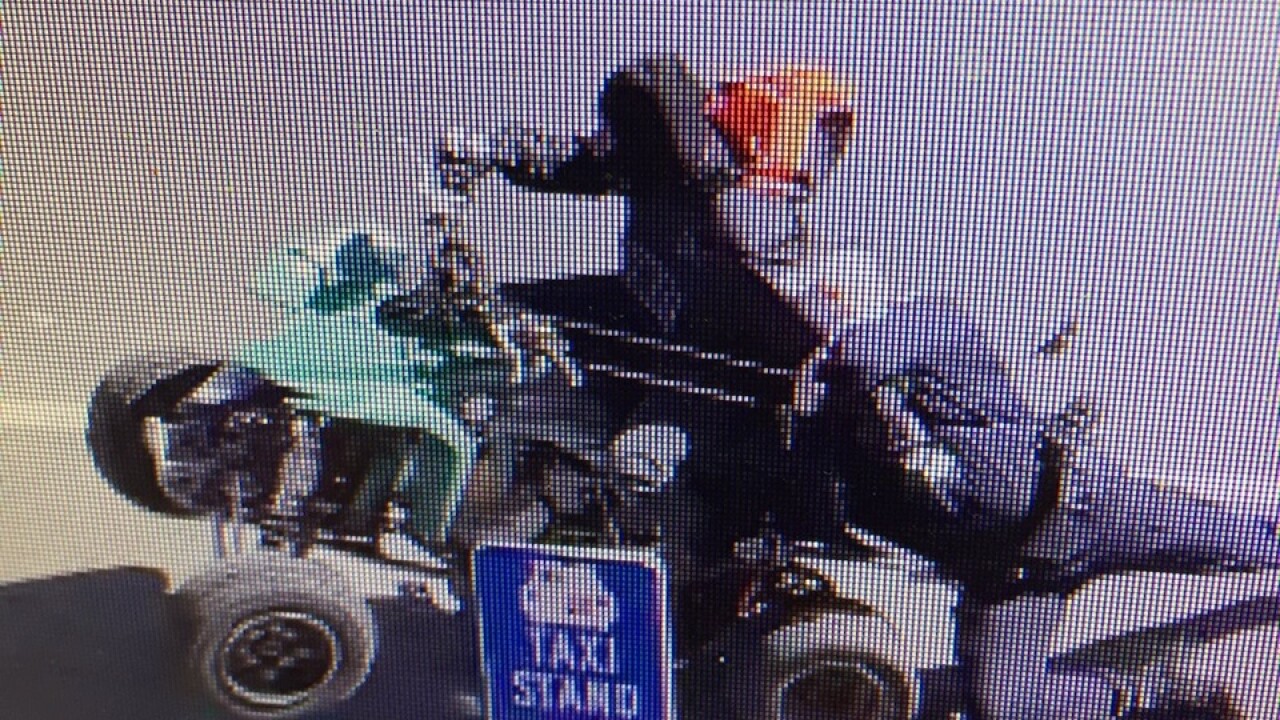 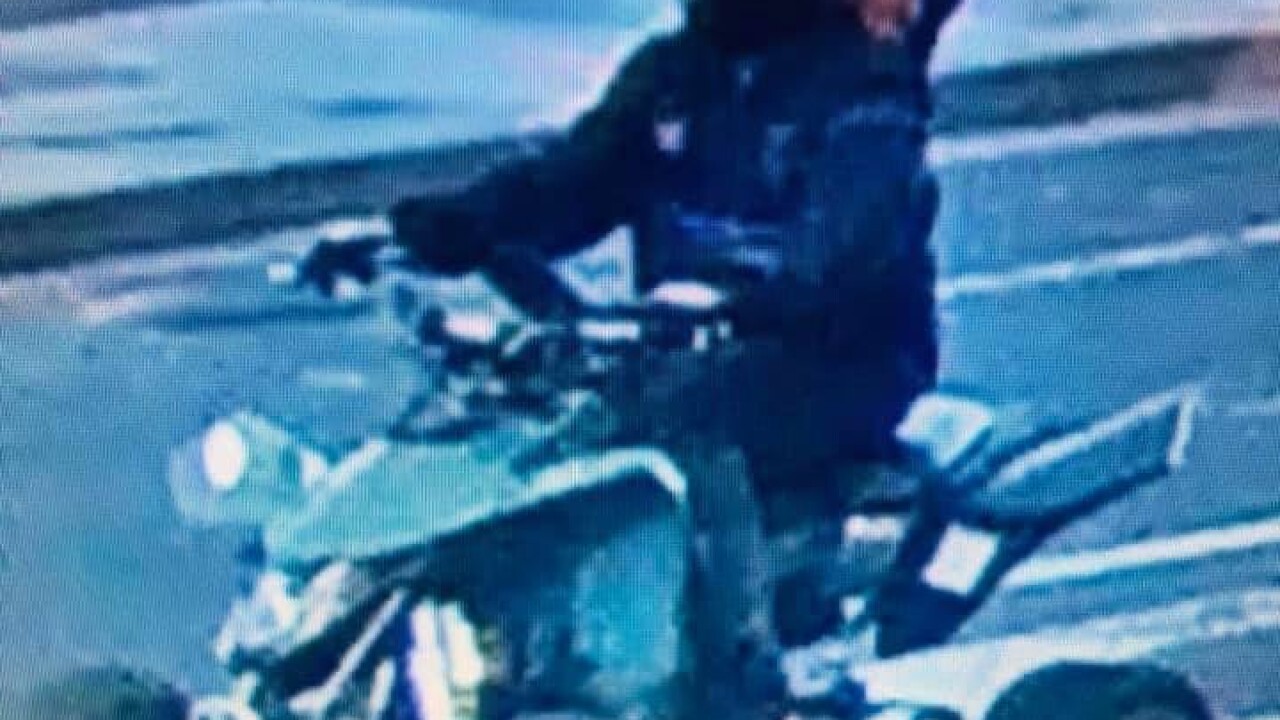 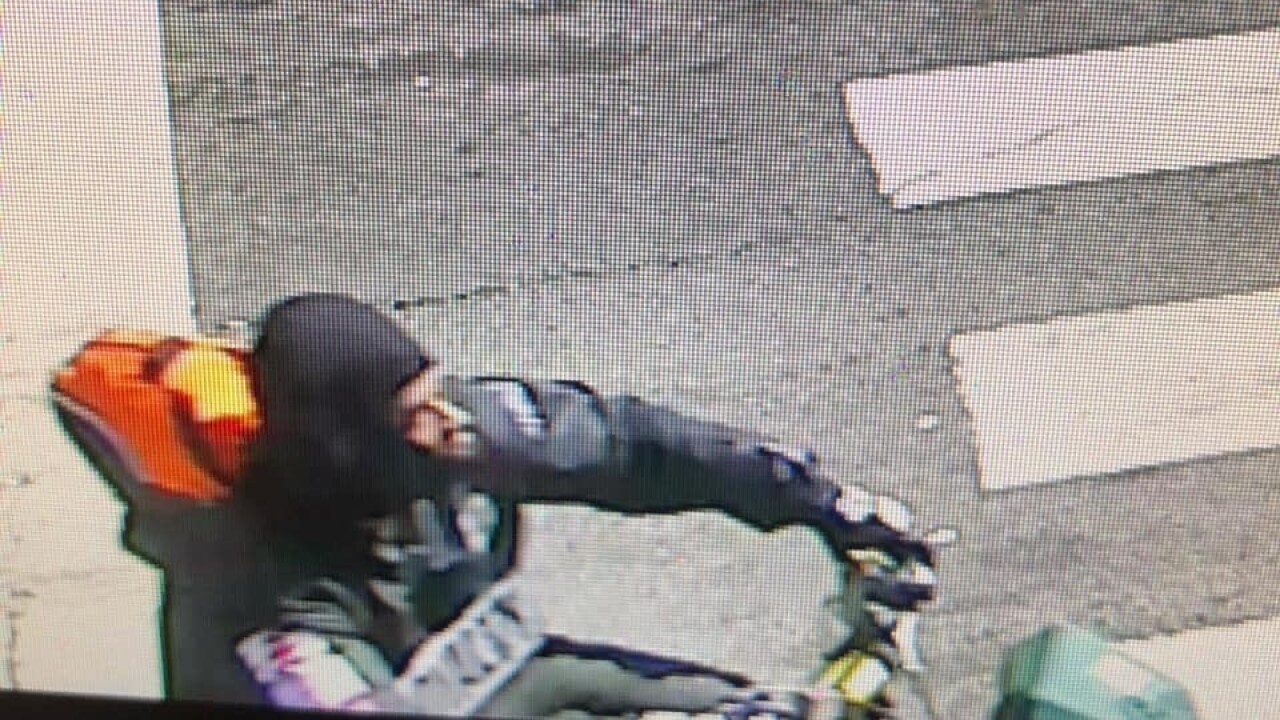 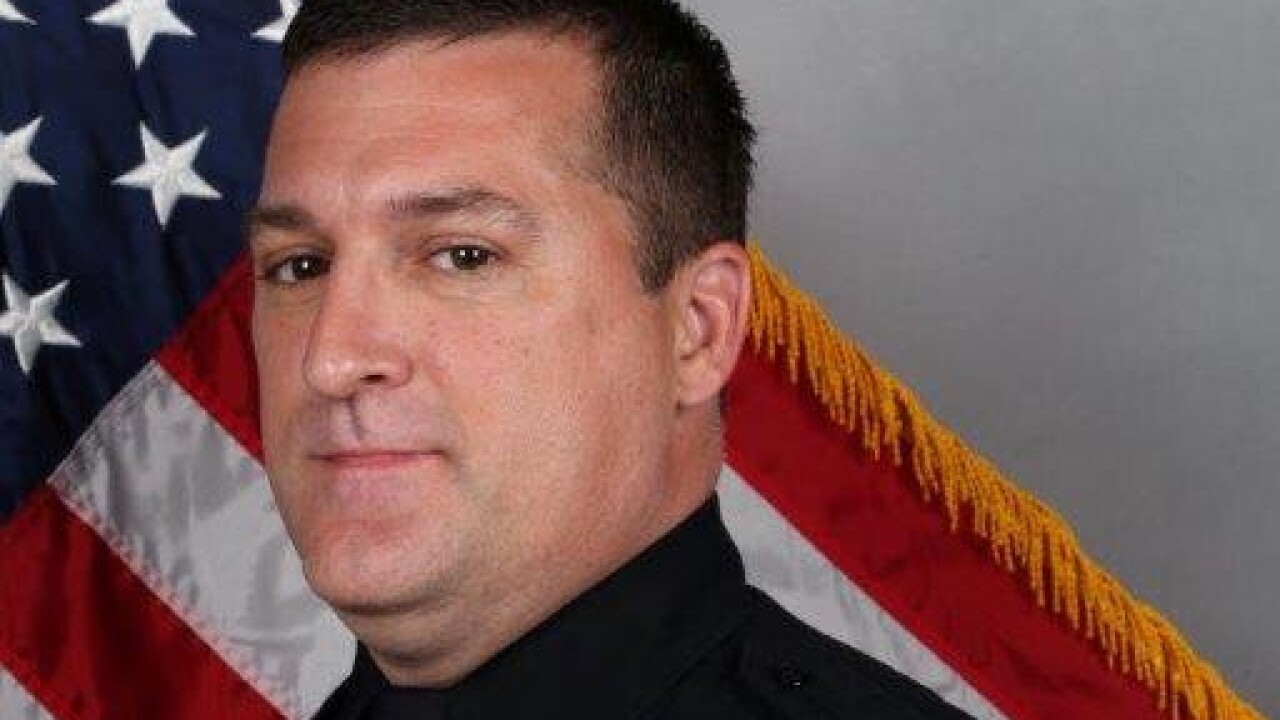 NASHVILLE, Tenn. (WTVF) — A Metro Nashville Police Sergeant was injured after he was dragged down Broadway by an off-road vehicle.

According to police, individuals were weaving in and out of moving and parked vehicles, endangering motorists and pedestrians alike.

Police said MNPD Sgt. John Bourque was crossing the street to investigate a hit-and-run when he was struck by the ATV and held on to try to keep his head from hitting the ground. He was dragged several feet and collided with a gate.

Sgt. Bourque received minor injuries and was treated at Vanderbilt University Medical Center. He was released and is recovering at home.

BREAKING: Sgt. John Bourque recovering at Vanderbilt after being dragged on Broadway by this four wheeler, one of dozens of dirt bikes, etc. that recklessly traveled in front of Bridgestone Arena late this afternoon. Know who is driving this one? Pls call 615-742-7463 pic.twitter.com/HgujlkAdUr

The suspects fled the scene.

An Uber driver who doesn't want to be named, thought he was doing to get hit too.

"I was just driving down on Broadway headed down towards the river and I just saw a ton of ATV's and dirt bikes coming down the road doing willies and burning out."

There was a lot of people in downtown Nashville when the group swarmed Broadway. Tourists were in town for the SEC tournament, and people were out celebrating St. Patrick's Day weekend.

"They were pretty wild... wild and all over the place and they all had like masks on over their faces, and really reckless."

"They definitely could have hit people because pedestrians in Nashville don't follow the stop and go crosswalk signs, so I guess it was lucky that only one person kind of got hit I guess."

On Sunday, police continued searching for the people responsible for the stunt.

"I don't see them turning themselves in, they seem like a pretty rambunctious crew."

The Fraternal Order of Police issued a statement on the incident:

"Our officers remain committed to their mission to promote a safe and peaceful environment in Nashville. This is another example of the many risks and sacrifices associated with accomplishing that mission. This blatant disregard for the safety of our community and those who serve it cannot be tolerated. We are confident that the MNPD will endeavor to identify and charge all who were involved in this reckless and willful act of endangerment. Furthermore, it is imperative for Nashville's leadership to send a clear message to this community that the safety of Nashvillians and its public servants must be a priority well above the lawlessness that caused several injuries to our officers and cost Nashville taxpayers thousands of unnecessary dollars."

If you recognize the driver in the photo, there's a cash reward being offered for information that leads to his arrest. You can call Crime Stoppers at 615-74-CRIME.