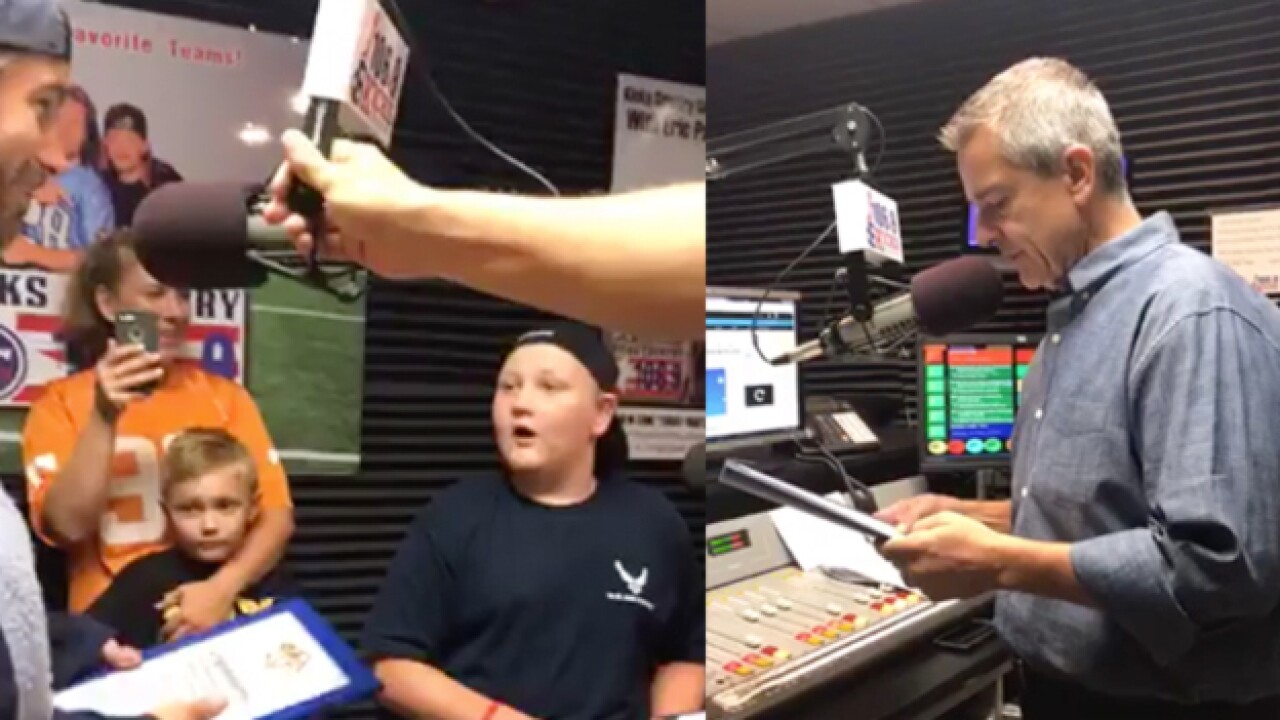 It was a brief moment, but video of a young man standing for the National Anthem at the Putnam County Fair has made a lasting impact.

The young boy was caught on camera trying to stand on his two legs, which were in braces. You can see him holding onto the handles of his wheelchair struggling to stay upright.

The woman who took the video, Leah Norris, posted this message along with the video:

"One of the most touching things I’ve ever seen tonight! This young man was struggling to stand for the anthem as he had braces on both legs with his Dad patting his back in support of helping him. You may or may not agree and that’s your choice. Men and women have bled and died for us to be able to choose. They fought for everyone’s rights, not just the ones we may or may not agree with. I’m not sure who this boy or his family is, or if it’ll ever reach them again. But his parents are raising a fine young man.

Since the video was posted, Avery has gotten some serious attention. On Friday, a local radio station, 106.9 Kicks Country, had a special surprise for him.

"And whereas with his dedication to community and country witnessed by many, Avery displayed a show of respect and admiration by standing steadfast for the National Anthem at the Putnam County Fair."

Gnash and Maverick from the Nashville Predators also showed up to inform him that Preds goalie, Pekka Rinne, invited him to an October game as his special guest to watch the game from his suite.