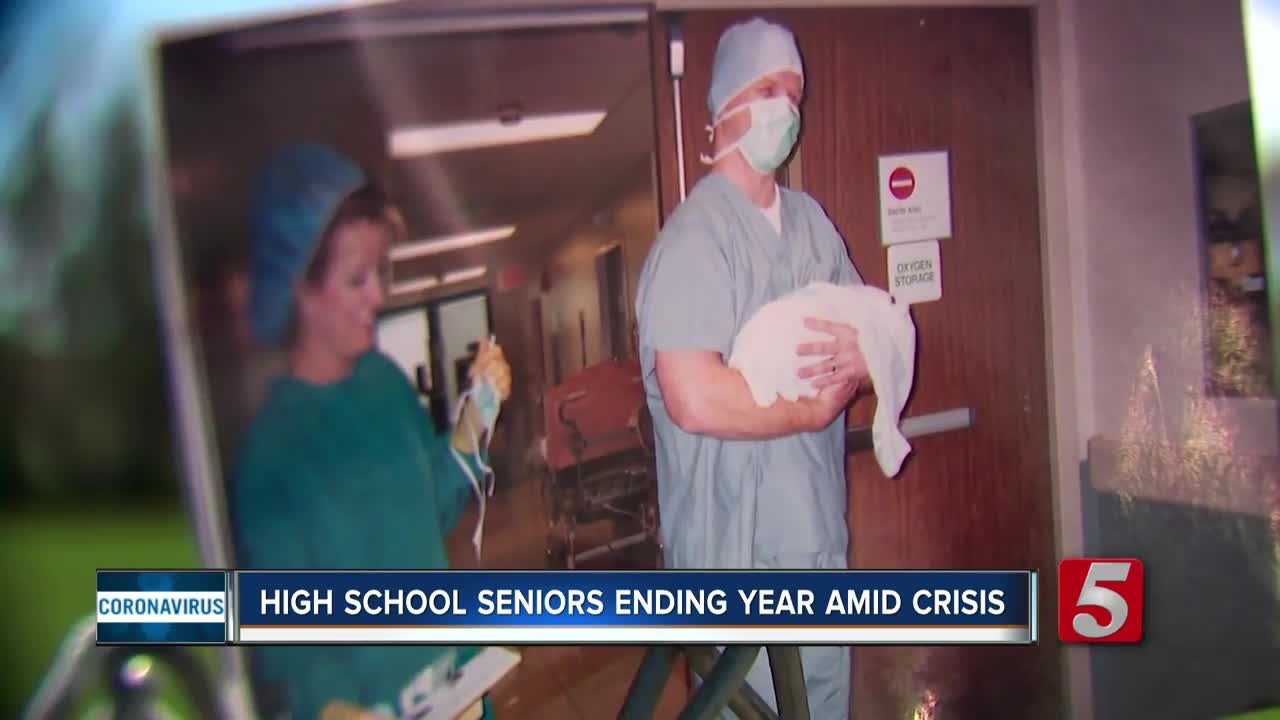 NASHVILLE, Tenn. (WTVF) — The babies born in the year following 9/11 are capping off their senior year with their own set of worries.

"I always told myself school is boring, but I'm missing it right now," Paxton Brown said.

Paxton is a senior at Hillsboro High School. Because of the COVID-19 pandemic, he will be out of school and unable to play school sports through at least April 24.

"I was just excited to graduate, and definitely this lacrosse season," Paxton Brown said.

Paxton was born on April 22, 2002, seven months after the worst attack in history on American soil.

"It was August 31st I found out I was pregnant," Katherine Brown said. "Getting ready for work on 9/11... I couldn't believe what I was seeing. The first thing that popped into my head was like... we're bringing our first child into the world in the midst of this chaos?"

"One of the first things that pops into your head was 'is this something that I'm going to send my 18-year-old to fight against?'" Randy Brown said about the 9/11 terrorist attacks.

As their son confronts the coronavirus and how the effects his senior year, his parents are telling their children to keep it all in perspective.

"We've talked a lot about how we have a roof over our head, dad's job is secure... and that is such a blessing," Katherine Brown said.

"This country has shown that it is resilient whether it's 9/11 or other pandemics," Randy Brown said.

Paxton's dad also called this extra time together a blessing.

"We're getting time with our senior we wouldn't have had otherwise. He is going to school next year and so we just have to appreciate we're getting to spend time with him that is unexpected," Randy Brown said.

"We have definitely grown closer, especially when everybody is worried about something like this... it does bring people in," Paxton Brown said.

As of now, Metro Schools graduations are still scheduled for May.