Despite the pandemic, a Nashville teen didn't abandon her goal to raise 25,000 pairs of shoes for Soles4Souls. Instead, she recruited people she knew she could count on. 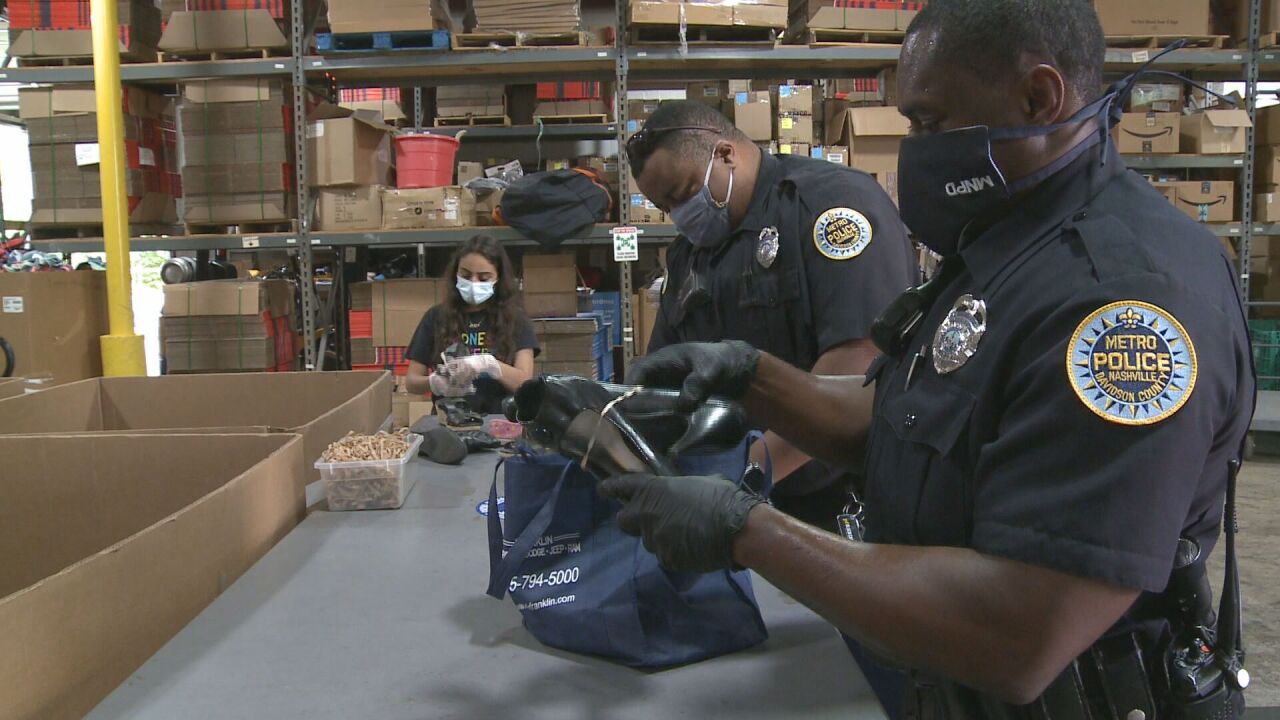 NASHVILLE, Tenn. (WTVF) — Despite the pandemic, a Nashville teen didn't abandon her goal to raise 25,000 pairs of shoes for Soles4Souls. Instead, she recruited people she knew she could count on.

Mohraeil Endraws originally set out to collect the shoes for the Nashville nonprofit in February.

"One of their mottoes is they create opportunity and I think that is true,"Mohraeil Endraws said.

Soles4Souls takes unwanted shoes and gives them to people in need to wear or sell.

Endraws was inspired by her teacher, Angie Allen, who volunteers at Soles4Souls. Every year she tries to involve her students at McGavock High School.

"It's amazing because a lot of times we've had to convince [students] that it's worth it, but Mohraeil just knows it's worth giving her time, energy and effort to," Angie Allen said.

When schools shut down because of COVID-19, Endraws' goal was in jeopardy. However, her good relationship with her school resource office kept the project from derailing.

"[Officer JB] was like 'why don't I talk to my police department to see if we can set up a box or something in there,'" Endraws said.

"If a student comes to us with a project or issue like that we try our hardest to help them," Officer John Jean-Baptiste said. "I teamed up with one of my partners and he was able to put the boxes downtown at the headquarters and at West Precinct and it really took off."

Jean-Baptiste and his friends on the force have helped Endraws collect roughly 100 pairs of shoes so far.

Endraws starts college in the fall at Lipscomb University. She plans to continue to collect shoes.

If you would like to participate in the shoe drive, the main box is at McGavock High School. If you are interested in partnering with Endraws email her at mohraeilendraws@gmail.com. Monetary donations are also being accepted to be donated to Soles4Souls.