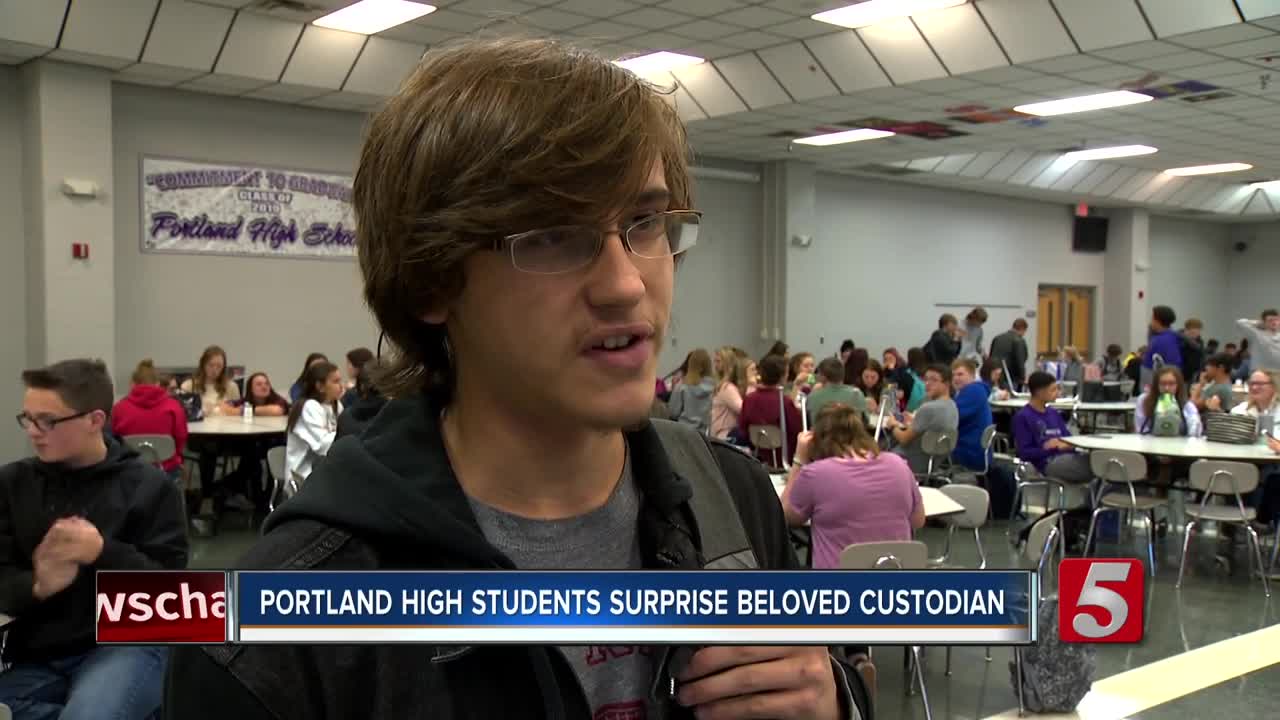 An entire school surprised a beloved custodian for his 90th birthday. 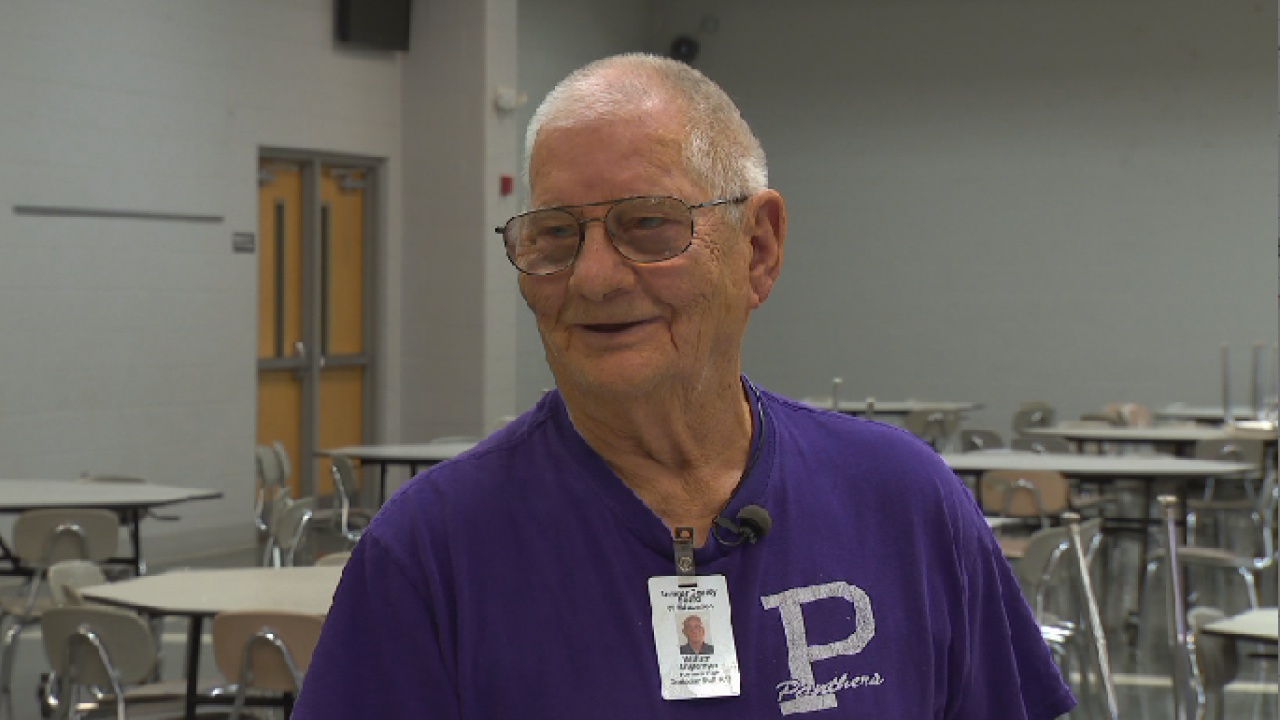 Mr. Bill is a cheerful face at Portland High School. Whether, he's humming or cleaning, he does it all with a good attitude.

"I hope he keeps on working for us as long as he can cause he's a very kind man," Patrick Strickland said.

Mr. Bill has been cleaning the high school's cafeteria for 25 years. On Friday, he was called to clean up a mess in the gym.

William ‘Mr. Bill’ Anglemeyer said, "They told me I had a big water leak. I said, 'Do I need to mop?' they said 'No we got it pretty under control.'"

Instead, he got the surprise of his life! Over a thousand students sang him happy birthday, and they called it 'Mr. Bill Day.'

"When he blew out his candles for his 90th birthday, it made ya feel something," Strickland said, "That he was working here this long, and that we appreciated him."

Once Friday's excitement faded, it was time to get back to work on Monday.

Mr. Bill said his son has asked him to retire, and he said no.

"He told me he was going to come up here and make me quit. I said nobody makes me do nothing!"