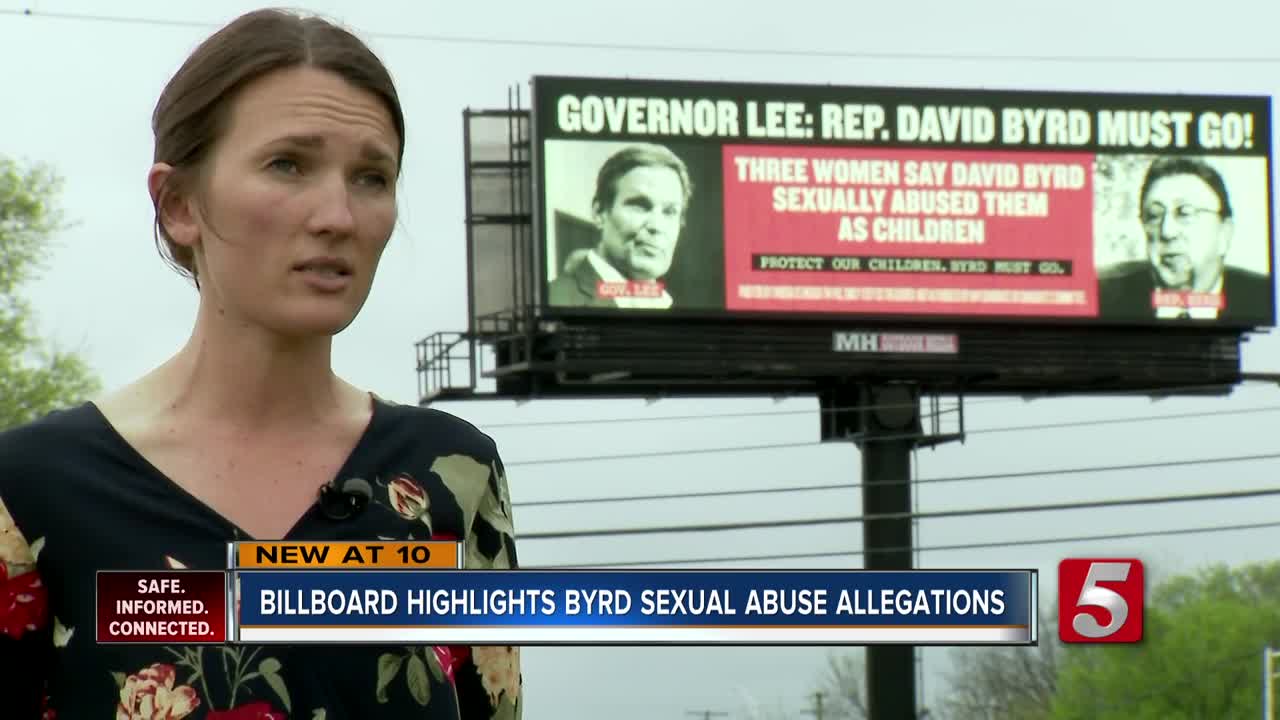 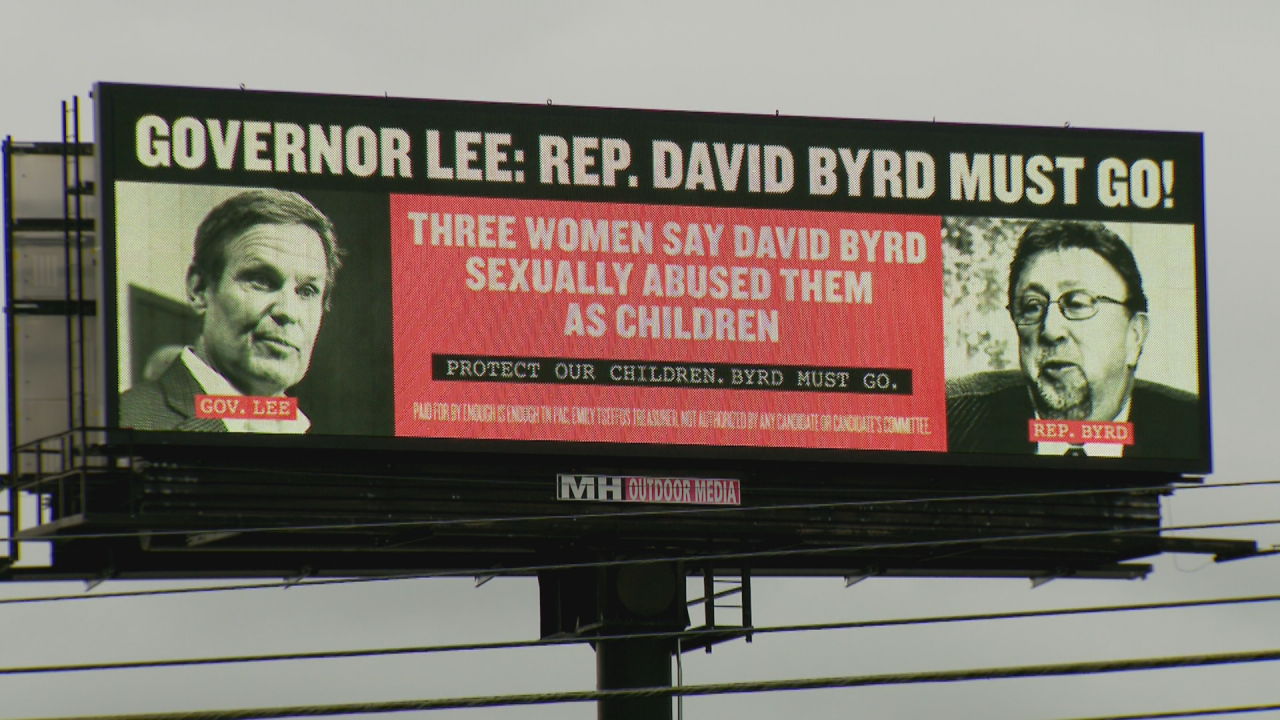 NASHVILLE, Tenn. (WTVF) — It's been nearly two weeks since state Rep. David Byrd (R-Waynesboro) was removed as chair of a house education subcommittee as he faces allegations of sexual abuse.

Now the group "Enough is Enough" that pushed for that removal to happen, says even more should be done.

The group has paid for a digital billboard message on I-65 southbound, with a message for Gov. Lee, whose hometown is just a few miles down the road.

The allegations stem from Byrd's time as a teacher and basketball coach at Wayne County High School, but Byrd has never been charged with a crime.

Byrd has been removed as chair of the education subcommittee, but no house investigation has taken place.

"It is unfortunate we've had to work as hard as we've had to work just to bring this to light and to get people to take it seriously," said Emily Tseffos, with Enough is Enough. "But, we're glad that this billboard offers us the opportunity to expand the base that we're hitting."

Byrd has said he apologizes if he hurt or emotionally upset anyone, but has not admitted to sexual assault.