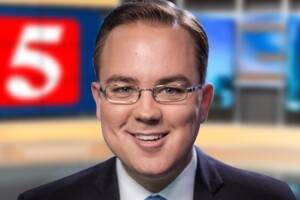 While at NewsChannel 5, Jason has covered several major stories. He traveled across the country following the search for AMBER Alert suspect Tad Cummins, and he has reported from the beaches of Florida during the approach of Hurricane Matthew. In 2018, he was the only television reporter to serve as a media witness to the first electric chair execution in the U.S. since 2013.

In 2016, Jason was named the winner of the National Press Photographers Association's Photojournalism Award for Reporting.

Jason has also taught team storytelling techniques to other journalists from across the country at professional seminars and workshops in Georgia, Alaska and Minnesota.

He comes to Nashville from Anchorage, Alaska where he was a reporter for KTUU-TV, covering everything from Sarah Palin's Vice Presidential run and the death of Sen. Ted Stevens to a volcanic eruption and the Iditarod Sled Dog Race.

Before working in Alaska, Jason was a reporter for KOMU-TV in Columbia, Missouri.

Jason grew up in Beaverton, Oregon - outside of Portland. He graduated from the University of Missouri with degrees in Journalism and Political Science. While in school, he spent two summers as an intern for KPTV-TV in Portland.