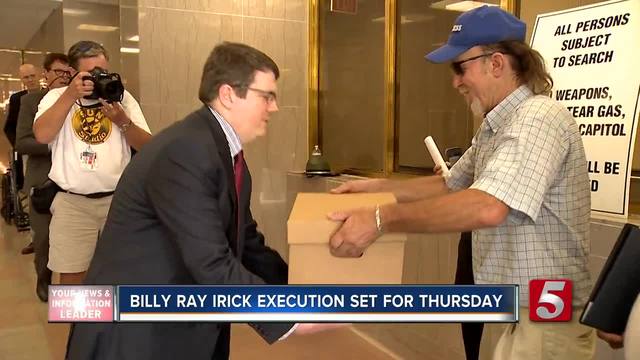 Death row inmate Billy Ray Irick has asked the U.S. Supreme Court for a delay ahead of Thursday’s scheduled execution. 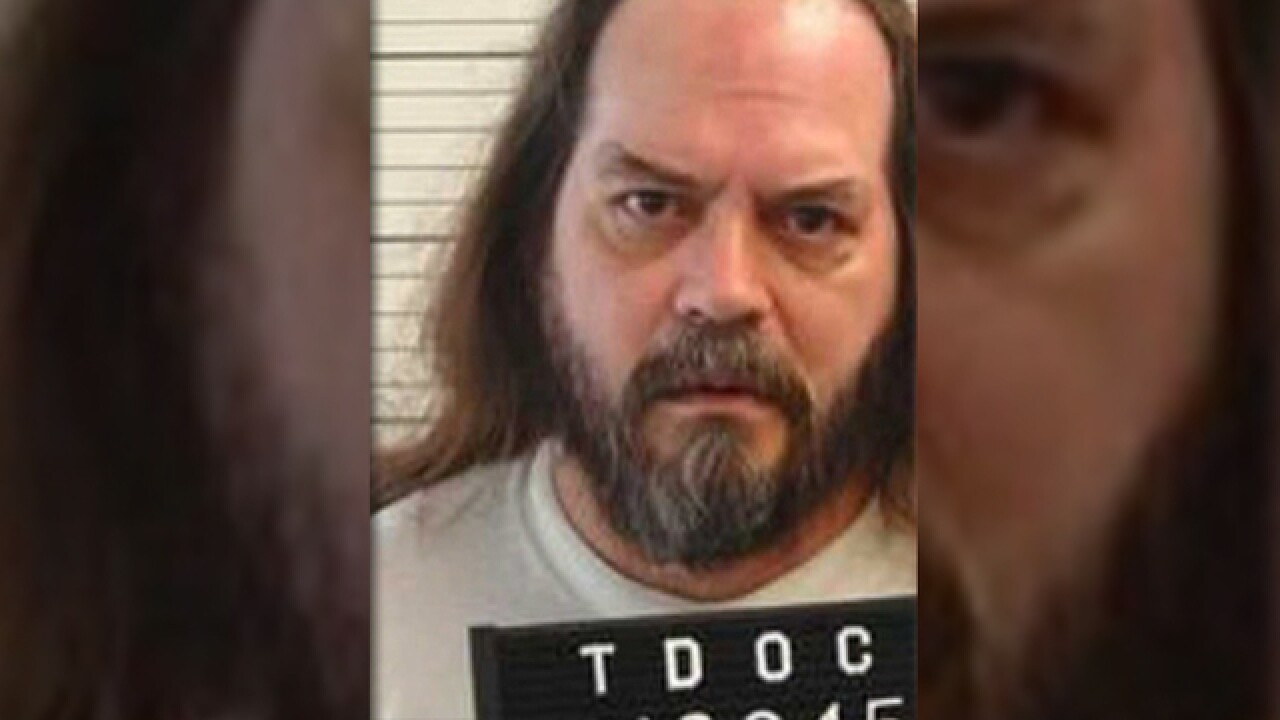 Death row inmate Billy Ray Irick has asked the U.S. Supreme Court for a delay ahead of Thursday’s scheduled execution.

Irick’s attorneys filed an application for a stay of execution on Tuesday, just one day after the Tennessee Supreme Court and Governor Bill Haslam said they would not intervene.

He was sentenced to death following his 1986 convictions for the rape and murder of a seven-year-old child, Paula Dyer.

Tennesseans for Alternatives to the Death Penalty advocates are gathered outside the state capitol. They’re rallying for an end to capital punishment.

The Tennessee Department of Correction said Irick was moved to death watch at 11:30 p.m. Monday.

Irick's federal public defender argued the defendant's severe mental illness should disqualify him from the death penalty. A group called Tennessee Alliance For Severe Mental Illness Exclusion (TASMIE) is trying to change laws in the state to make it so Irick will spend life in jail instead. They argue Irick was psychotic and delusional when the crimes took place.

"That is a person who is out of touch with reality," said Sarah McGee, coordinator of TASMIE. "Someone who is not in the world the same as you and I are. And so, the governor, as well as federal courts, could step in and say this is not someone we are going to execute at all. The governor could commute his sentence to life in prison, which means he could never get out."

However, governor Bill Haslam has already said he does not plan to grant clemency to Irick.

Death watch is the three-day period before an execution when strict guidelines are implemented to maintain the security and control of the inmate. He was placed in a cell next to the execution chamber and is under 24-hour observation.

The last execution in Tennessee was held on December 2, 2009. In that case, 53-year-old Cecil Johnson was executed by lethal injection. He was the sixth person executed in the state since 2000 and had spent 28 years on death row.