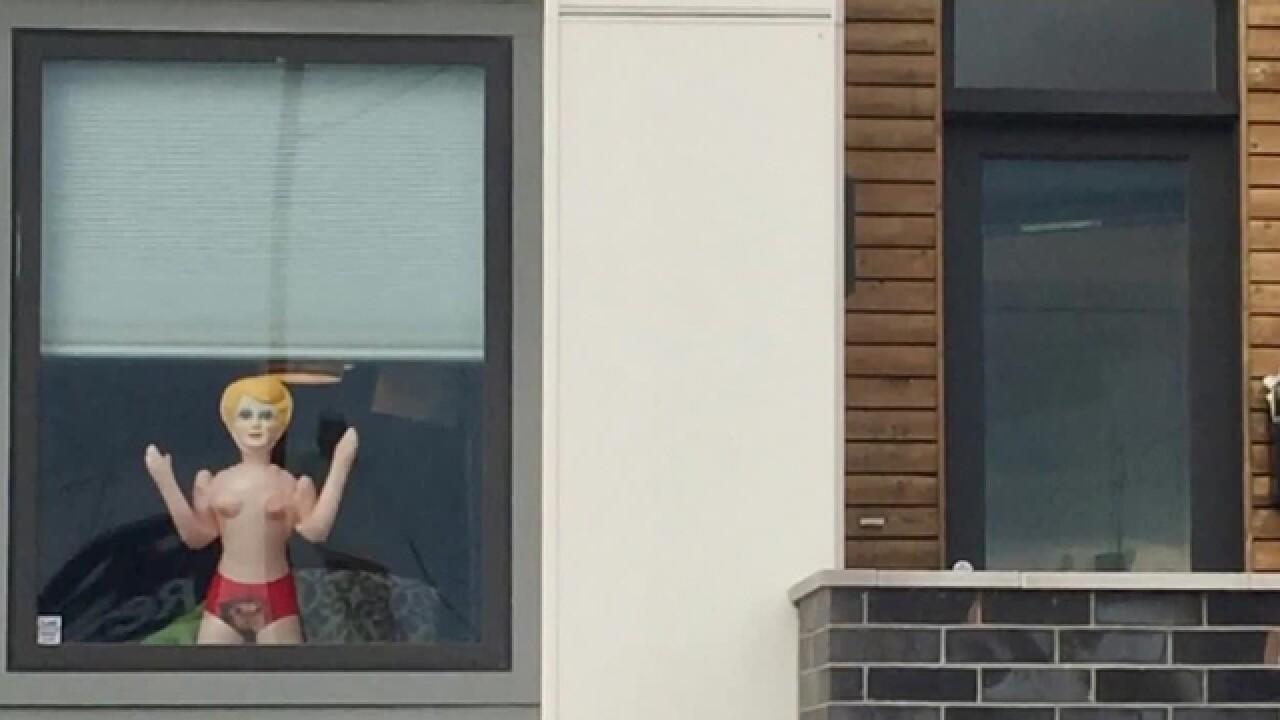 A sex toy on display in a neighborhood window, just feet away from a school stirred controversy on social media after a Metro councilman voiced concern.

Metro Councilman Brett Withers said a blow up doll in a home's window was just the latest controversy in the fight over short-term rental properties citywide.

Withers said someone in a non-owner occupied short-term rental unit displayed a blow up doll from their window. The councilman snapped a picture of it Friday, and posted it to Twitter to complain.

He said he gets bombarded with calls from neighbors upset over the behavior of the men and women who rent out short term rental houses in the area.

City leaders have been trying to find a way to work with short term rental companies, but Withers said so far, all the companies are willing to do is turn over information about who rents out the homes.  Withers says that's not enough. The blow up doll has since been removed from the home.

Councilman Withers said he doesn't know what specific company rented out the unit.

The Nashville Area Short Term Rental Association responded to the situation by saying:

"While NASTRA does not condone anything about this situation, freedom of expression is protected by the first amendment. Additionally, the property referenced is actually in a mixed-use, non-residential zone. Though Councilman Withers referenced the school nearby, this was after school hours and school was not in session."