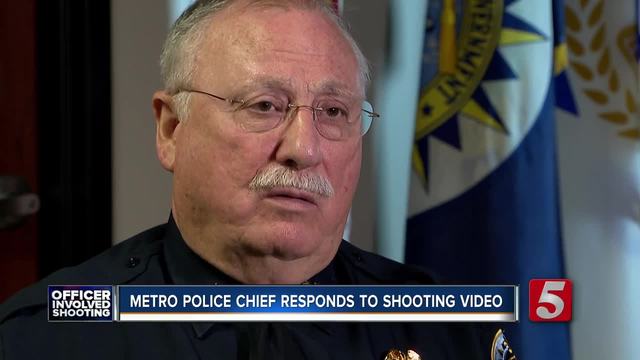 Chief Steve Anderson of the Metro Nashville Police Department sat down with NewsChannel 5 to discuss the release of videos showing the fatal shooting of a man by a Metro officer. On July 26, 2018, 25-year-old Daniel Hambrick was shot and killed by Metro Police Officer Andrew Delke. 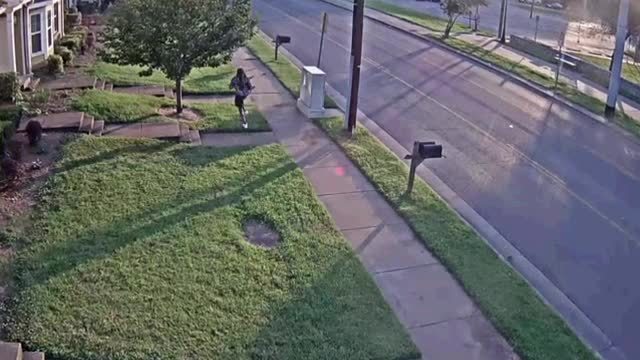 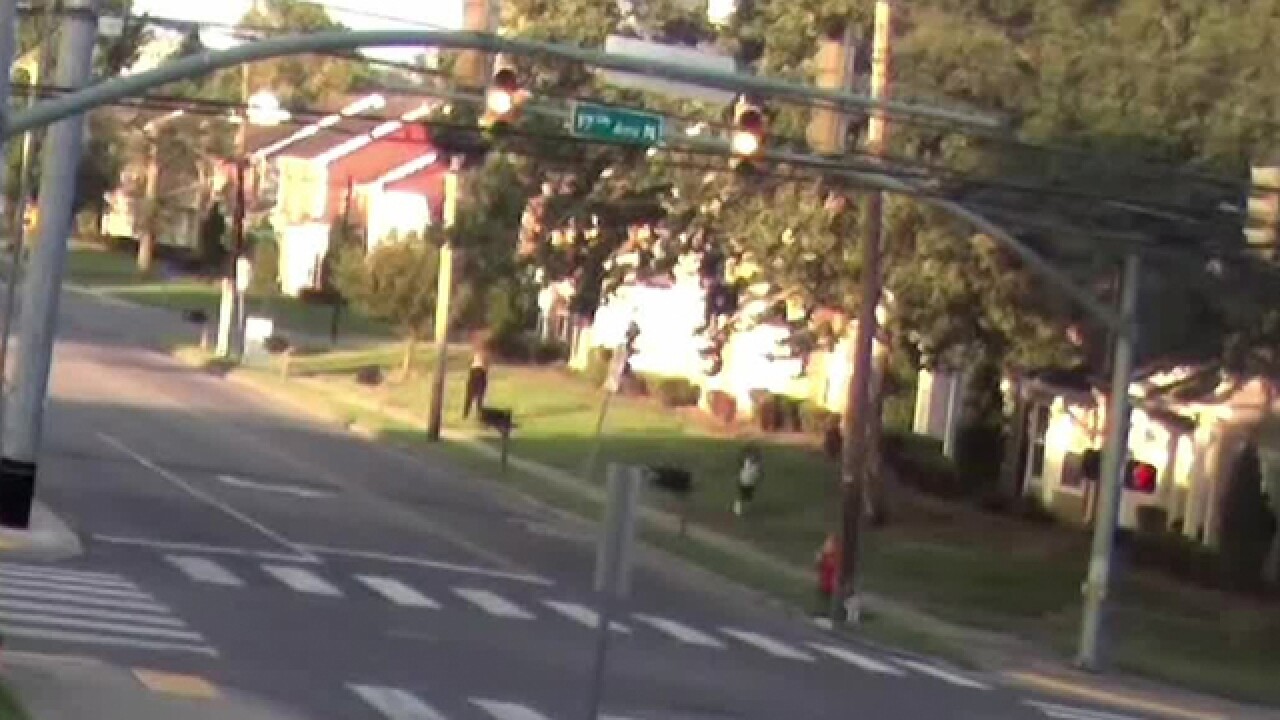 Chief Steve Anderson of the Metro Nashville Police Department sat down with NewsChannel 5 to discuss the release of videos showing the fatal shooting of a man by a Metro officer.

“General Funk brought [the video] for Mayor Briley and I to review,” Chief Anderson said. “We reviewed it about midday Tuesday. It was released on Wednesday.”

Anderson said Funk wanted them to see the video before it was released. According to Anderson, Funk felt he needed to release it in the interest of transparency.

While there have been suggestions that General Funk released the video in an attempt to push Chief Anderson out, the Chief said he had no definitive way to say that is the case.

“It’s hard to watch. It is. It’s very disturbing,” Anderson said. “It’s very disturbing and very disturbing for the family to see... There is going to be a lot we cannot determine from the video. General Funk is in the process of having it sent to experts to have it enhanced, and we’re doing the same because we want answers.”

As far as answers, Anderson said those are unclear from the video, so it’s difficult to make a final determination as to whether there was any danger. Anderson added he wants the whole report, and he stated if it were up to him, he would have waited to release the video.

The video will be reviewed frame by frame and beyond — including all evidence.

“We need to look back several frames and see were all of our procedures tactically sound?” Anderson said. “To actually be in that situation where it may have been necessary to fire those shots… Our review will be more comprehensive in that we won’t be looking at the few seconds that even occurred, we’ll be looking at the whole situation.”

Many who have viewed the video stated Hambrick appeared to have his back to Officer Delke as he ran away when he was shot, so is there a reason the shooting could still be justified?

“That may be, but again we need to know more about what happened,” Anderson answered. “Is there some action that put him in fear and a reasonable fear? A fear of serious bodily harm that caused him to be justified in firing his weapon.”

Chief Anderson explained there are two reasons an officer would be justified in using deadly force.

“One, in self-defense of himself or herself,” Anderson said. “Two, if they have committed a serious crime and are likely to injure someone if they should escape. In this instance, only self-defense would apply.”

Anderson also mentioned the lack of audio in the videos.

“There’s so much we don’t see or don’t know,” he said. “You can’t hear them in the parking lot. There’s a lot of unknowns when you look outside the realm of this 12 and a half seconds.”

“When you slow it down, there’s a lot of jerky movements, a lot that could occur between those frames, and that’s why we want to know as much as possible,” Anderson explained.

The release of the video makes the police department’s job more difficult, according to Anderson.

“Anytime we have a critical incident, we need to reassure the public we are who we are… we do it for the public,” Anderson stated.

As far as releasing it, Anderson said he has to respect Funk in the operation of his department but disagrees with the video being released before the TBI completed their investigation of the fatal officer-involved shooting.

“From my standpoint I would rather wait [to release the video],” he said. “It’s not something I think would serve the best interest of the police department for me to do unless I can explain everything in there.”

Hambrick’s mother stated she wants an apology from the police department.

“Certainly,” Anderson said. “I’m very, very sorry for Mrs. Hambrick. She’s lost a child. That loss to her is just as great as any mother and any son in the world… I recognize that and extend my deepest sympathy to her.”

Chief Anderson said, in most cases, running away from a police officer is not a crime.

“But there are some Metro ordinances,” Anderson said. “It does attract attention, and you have to know as police officers, ‘Why is someone running? How do I address that? What best serves the community?’”

Anderson said everything they do in the department is constantly under review to determine if they have the best practices and procedures.

As far as initial reports of a stolen vehicle, Chief Anderson said the vehicle had initially been driving erratically, and he explained that’s why officers were searching for that particular car.

He also confirmed a gun was found underneath Hambrick. Officials reportedly found it beneath his torso after he was shot.

As far as a plan to step down, Anderson said no.

“I have no plans of resigning, retiring, at present,” Anderson said. “What I would say is look at the history of this police department, see what we have done, and see if you want more of the same.” He added, “It would not serve the public for me to leave and have someone come in and try to lead and make the best decision in this situation.”

Chief Anderson did add when we questioned him that he was not asked to be at the press conference Wednesday when the announcement of the video’s release was made.

“I don’t think it would’ve served any purpose for me to be there,” he explained. “If the mayor directs me to do something, I’m going to do it, but no, he did not direct me to and I assume he saw no purpose in me being there.”

As several law enforcement officials pointed out during numerous press conferences Wednesday, fatal officer-involved shootings are not easy on the official involved.

“It will vary from officer to officer, but at the very least, it’s extremely disturbing,” Anderson said. “One, in most situations, the officer’s whole life passes before their eyes, and they had a fear they were forced to do that. And in the aftermath, ‘How am I going to be judged?’”

As far as public image, we asked what they can do to show themselves in a positive light after incidents like this.

“Being as open as possible and gathering everything we can and release it to the public, so they can see it through the same eyes we’re looking at it,” Anderson said.

Anderson confirmed Officer Delke has been placed on administrative leave. It’s unclear when he will return.